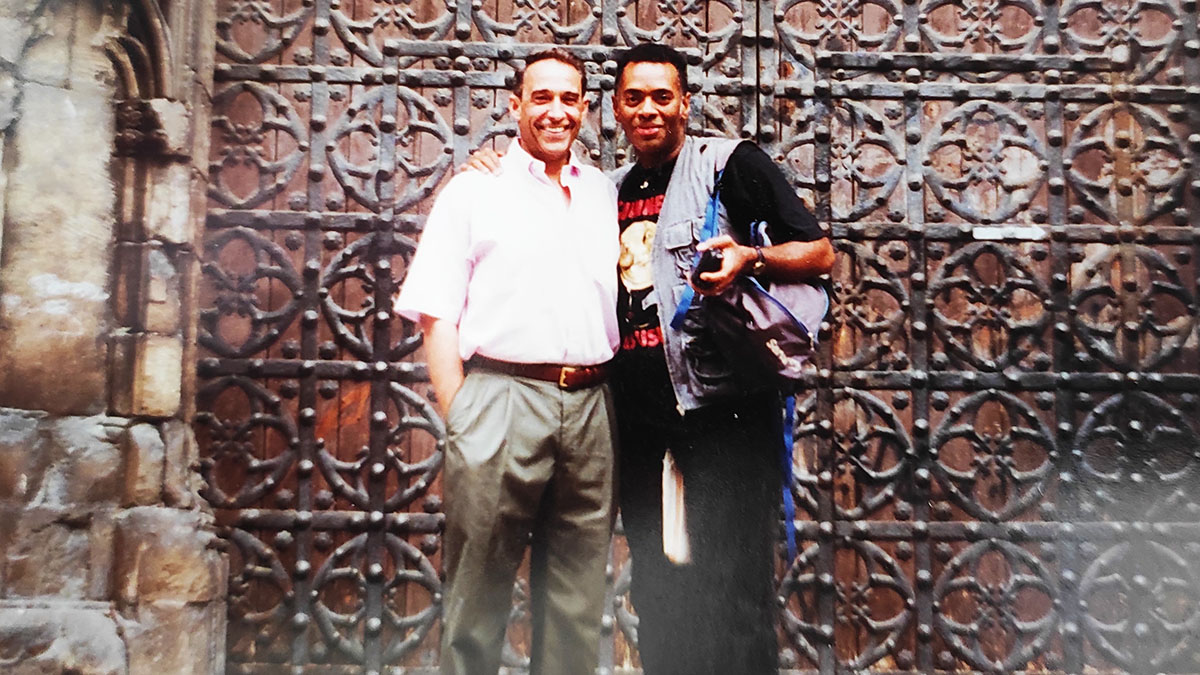 In Fords in Four, we ask an alumnus four questions; he shares insights and stories. In this blog post, Darryl Clark '75 shares fond memories of Spanish teacher Rafael Laserna, traces his career path to becoming a translator and touring musician in Spain, and gives advice to current students.

Can you recount a memorable faculty member from Haverford?

As one of the few black students at Haverford, I must say I have all sorts of mixed memories from my time at Haverford – fortunately, mostly positive. As far as memorable faculty members, I’d have to name my music teacher Maestro Roman Pawlowski, and of course Mr. Rafael Laserna, my Spanish teacher, a personal friend and an excellent person.

I remember the first time I went back to Haverford after living in Spain. I went straight to ask for Mr. Laserna and they sent me up to his classroom. I knocked and walked in and he remembered me right away. He addressed me in English and I responded in Spanish. This went on for a while until his students started laughing, at which point he realized I wasn’t speaking English. He asked me how it was possible that I spoke perfect Spanish…and with a Catalan accent! I told him I was living in Barcelona, capital of Catalonia, and that one of my jobs was translating. I went back to sit in on his classes for a day and we exchanged contact information.

A few years later, he and his wife Rogene got in touch with me to say they were in Spain and coming to Barcelona. At that time I was living in Sitges, a town on the Catalan coast, about 40 minutes south of Barcelona. They came to visit me here and even extended their stay so I could show them around my “old” haunts in Barcelona. He had just bought a little video camera and taped everything for his students. What an amazing professional. He was so dedicated to his job. They left, and very soon after, I received a call from my mom, saying that she’d read some very disturbing news - that Mr. Laserna had died. I said that was impossible, he’d just been at my place. I called Rogene and as soon as she heard my voice, she broke into tears. We cried over long-distance for what seemed like hours. It was devastating. But it was a great honor to have been one of the last people to see him alive.

The biggest (influence) was, and still is, Mr. Laserna. I’ll never forget him. I remember when he would show us slides and videos of Spain and I found it so beautiful and intriguing.

What led you to your career as a translator, and to living in Spain? What keeps you passionate about your career?

That’s certainly a long story and there have been many influences. The biggest was, and still is, Mr. Laserna. I’ll never forget him. I remember when he would show us slides and videos of Spain and I found it so beautiful and intriguing. At one point in my life, while at Ithaca College, I was in a relationship with a woman who was American but born and raised in Mallorca. After a year together in Ithaca, she decided to return to Spain and I decided it was the perfect moment to make one of my dreams come true. I came to Spain - at the time I was actually working as a sound engineer and was offered a job with 2 leading bands over here. Instead of staying for a couple months, I stayed for a year, then went back to the States for 3 years. But by then my experience in Spain had affected me to the point that I decided to come and stay.

I was offered a job translating series and movies for dubbing – practically everything is dubbed over here – because there was a huge video rental boom back then. I started off translating smaller-scale movies, but my big break came when I translated Quentin Tarantino’s “Pulp Fiction.” Since then, I’ve been considered one of the three best non-Spanish translators in Spain. So it’s easy to stay passionate… I’m one of the first to see the new premieres! I’ve also been working for the Sitges International Fantastic Film Festival of Catalonia for 25 years, the number one fantastic film festival in the world, which just ended its 53rd edition despite Covid-19! I’ve been combining all this with my other great passion: traveling the world as a musician in a Catalan theater company called Els Comediants.

There have been many career highlights as a translator and as a musician. Some of the films and series I’ve translated include 10 years of “Friends”, Tarantino’s movies, “The Shawshank Redemption,” and “Deadpool.” As a musician, some highlights were organizing and performing in the closing ceremony of the Barcelona 1992 Olympics, and performing before over 100,000 people in Bogotá, Columbia, or Mexico City. 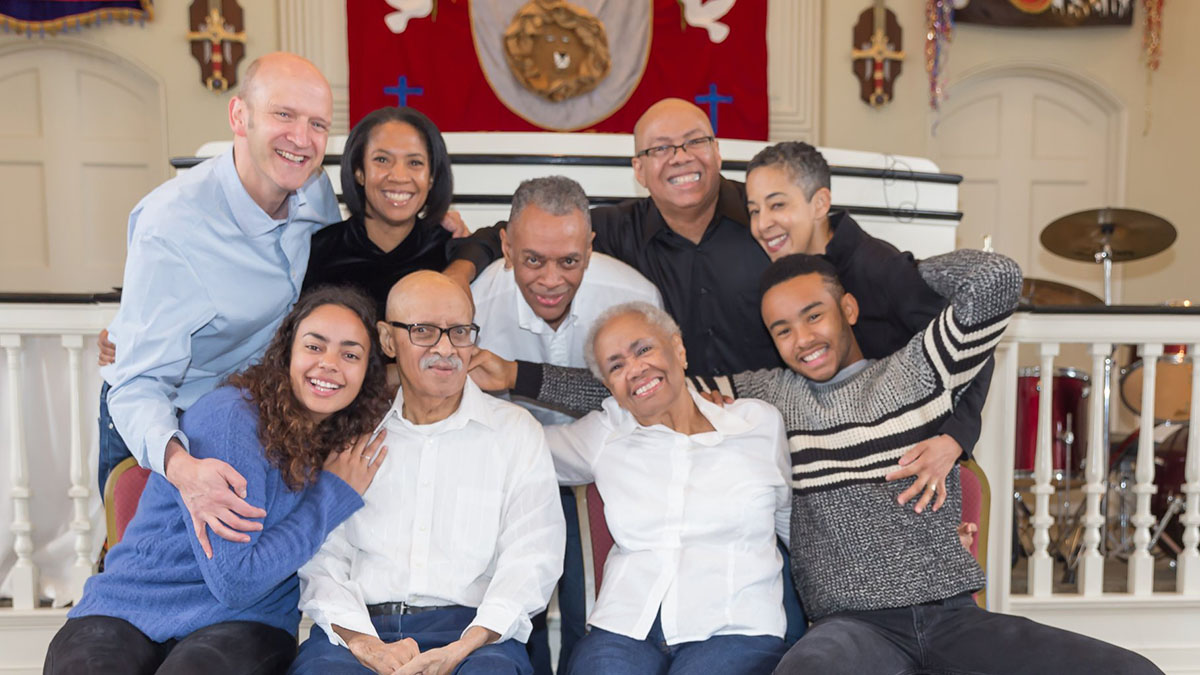 There’s so much more you can do if you are bi- or trilingual. It helps to open your mind and horizons and really get to know other cultures, something that I believe is important for everyone.

How do you stay connected to the Haverford community, even from Spain?

My nephew Jackson attended Haverford and just graduated in 2019, so I’ve been connected through him. Some of the friends I made at the School I am still in touch with today, such as my buddy George Wood ’75, who is a great guy. He was one of my best friends during my Haverford years. And I also keep in touch with others through social media, of course.

What advice do you have for young alums or current students?

The main lesson I learned from Haverford was to fight to get to the place you want to be in life and to never give up until you get there…which is where I am!

My best advice for students would be to find a teacher (or teachers) who really reaches and understands you. You should try to do the best you can in everything, but especially in those subjects that interest you the most. If there’s something (Spanish and music in my case) that you’re passionate about, don’t wait until college or later to immerse yourself in it.

I also highly recommend learning languages. Sometimes I get the feeling that kids think that the only job they can get from learning languages is teaching. While that is a wonderful job, there’s so much more you can do if you are bi- or trilingual. It helps to open your mind and horizons and really get to know other cultures, something that I believe is important for everyone.