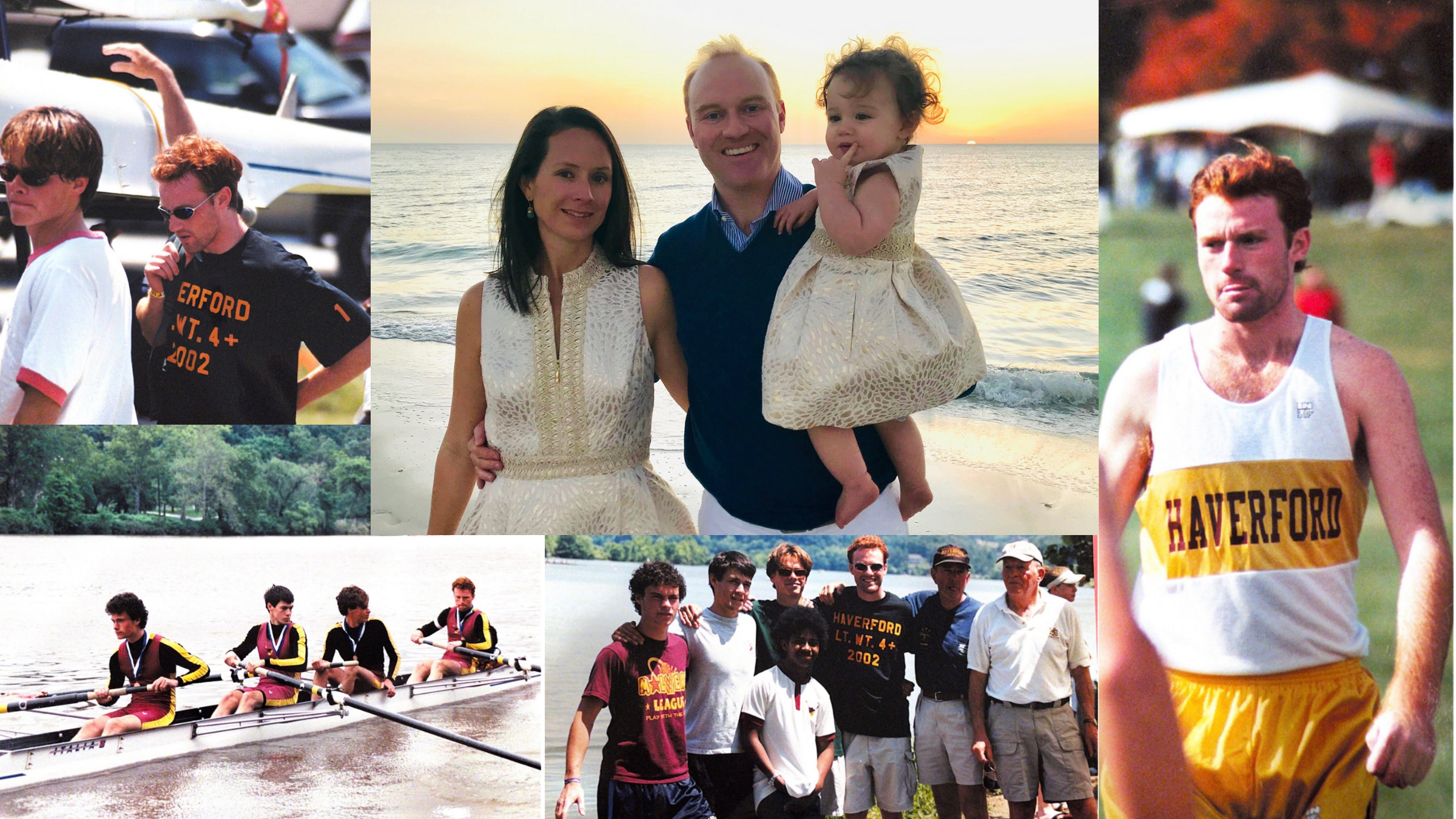 In Fords in Four, we ask an alumnus four questions; he shares insights and stories. In this blog post, Brandon Adams ’02 reflects on the values guiding K4 Investments, the company he founded alongside his Haverford classmate Don Ware ’02. Adams' career history involves time spent as a reconnaissance team leader in the United States Army and as a Vice President with The Blackstone Group’s yield-oriented investment platform, Harvest. Now, with K4 Investments, Adams and Ware partner with, operate, and grow a small portfolio of complimentary lower middle market manufacturing businesses in the Greater Delaware Valley and Northeast region.

What inspired you and Don Ware ’02 to found K4 Investments?

We both have entrepreneurs in our families, among our friends from Haverford, and among parents of our classmates. Those folks were really the inspiration for us to believe in our own potential as owners, operators, and leaders. Don and I had been talking about partnering together on a small business holding company for what seemed like 5 or 6 years before we formed K4. During that time, Don was running operations for two different manufacturing businesses and I was an analyst for an institutionally-focused investment fund in Wayne. By the time we got to 2020, we had been planning enough and it was time to act. We solidified our thesis that would be the basis for K4, and in early 2021 we acquired our first business.

Please share a story from your time at Haverford when you saw one of the core virtues in action.

This is difficult because I saw several virtues in action every day, but, if you’ll allow me to, I will single out one individual who I believe, at least during my time at Haverford, epitomized the core virtues, and continues to be an inspiration to me to this day. I’m sad that I only shared one year at school with this person, as he was a VI Former when I was a III Former, but his examples of humility, perseverance, integrity, and teamwork continue to inspire me. The guy I’m talking about is Nafis Smith ’99. As much as I learned academically from my teachers at Haverford, I learned what these virtues really meant from Nafis by the way he conducted himself and by the way he treated others. As I scroll down Haverford’s list of core virtues, my first thought after nearly every one is "Nafis Smith." I’ll briefly touch on a couple of examples. Humility—Nafis was an exceptional student and athlete. His demeanor gave away no sign as to how well he was performing. There was no better embodiment of the idea of "if you make it to the end zone, act like you’ve been there before." Selflessness—On more occasions than I can remember, Nafis would spend his own free time at the end of the day or between classes making sure I or another teammate was squared away, either with certain classes where we may have needed some help, or when trying to learn a new sport altogether with rowing. Nafis would be there in the hall or on the bus providing guidance on his own time. To me, Nafis is the gold standard of what a Haverford graduate should be.

Your work deals with legacies. What do you hope your own legacy will be?

From a business perspective, I'd like our legacy to reflect that we were able, first, to prove out our thesis and build a portfolio of profitable growing businesses, and, second, that we used that platform to help others to achieve their goals (employees, friends, and veterans are a special demographic to me since I started my career in the Army). I view leadership in business like an NFL coaching tree in that wins and losses only tell one (small) side of the story. What is more important, and what tells me more about how well you run an organization (and really whether or not you care enough to lift others up the proverbial ladder), is how successful the folks are who served under your leadership, and what they go on to say about you. I hope the folks within my circle of influence know me first as an honorable person and a dedicated father, husband, and friend who built a great organization through which others were lifted up. If I'm able to build a great platform, but do not help others reach their goals through what I've built, then I've failed.

K4 Investments maintains certain values because leading teams in business is driven by establishing and maintaining meaningful relationships and being able to positively influence those around you to accomplish your mission. The values we embody and live earnestly form the basis of those interactions. This framework is only amplified when dealing with small businesses that may have a team of only twenty, ten, or fewer people. Empathy comes at a premium. But integrity is really the cornerstone for me—do what we say we will do, and do what is right, legally and morally. When building relationships with employees, vendors, customers, and other stakeholders, demonstrating integrity is the foundation to building the trust required to build a successful organization.

What advice would you give a recent Haverford graduate?

Surround yourself with great people and go tackle difficult problems together. It's in those pursuits where I've found a deeper understanding of myself because my strengths and weaknesses were equally amplified and exposed. You will develop a deeper understanding of the virtues our school espouses because the stakes will be higher. You will fail (perhaps many times), but you will learn from failure rather than be defeated by it because the gravity of the task and the connection to your team implores you to persist. It's only through these difficult pursuits and the subsequent series of failures and successes that one can grow.

Share to FacebookShare to TwitterShare to LinkedInShare to Email
Fords in Four: Joshua C. Ridenhour '17 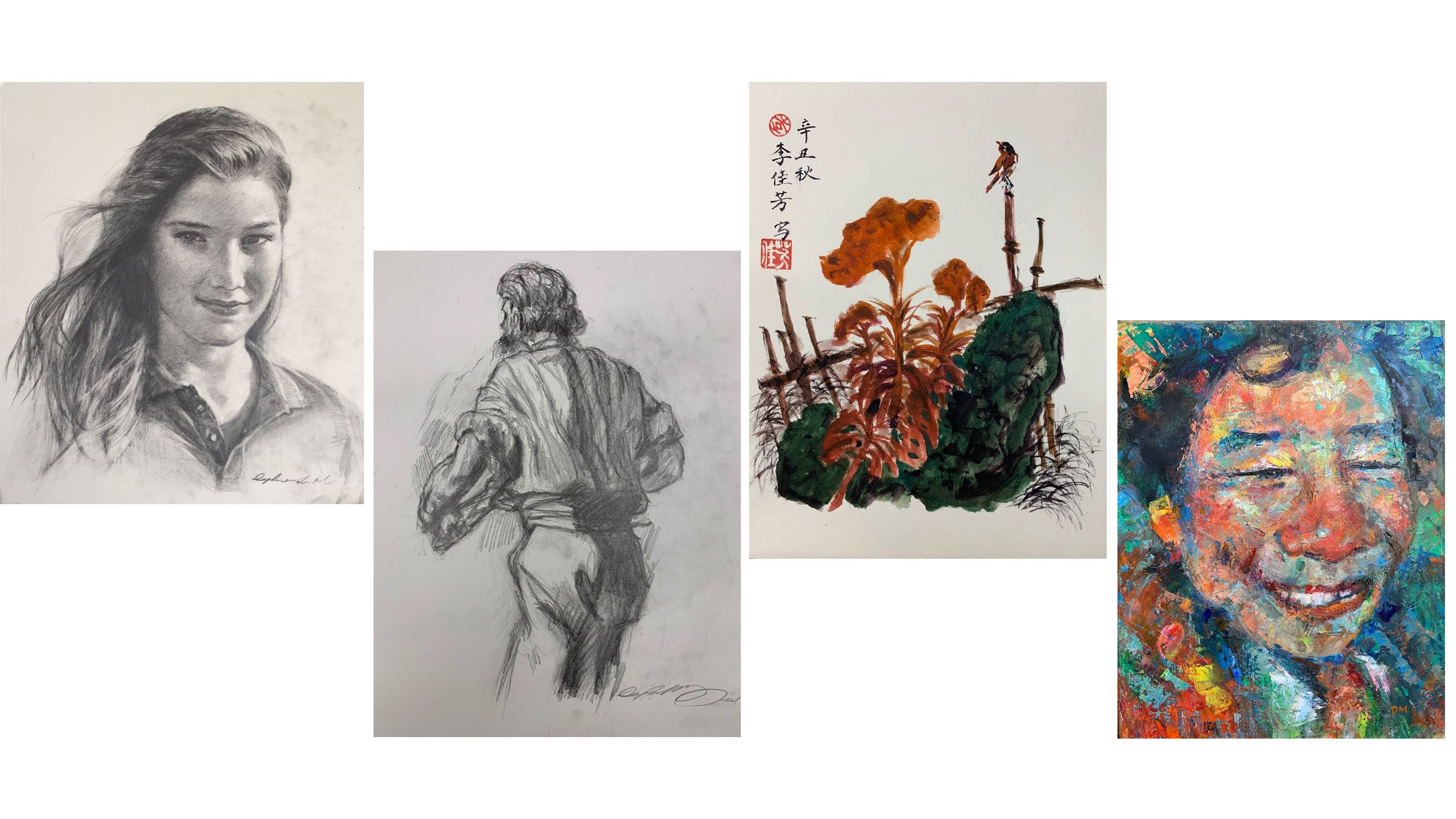