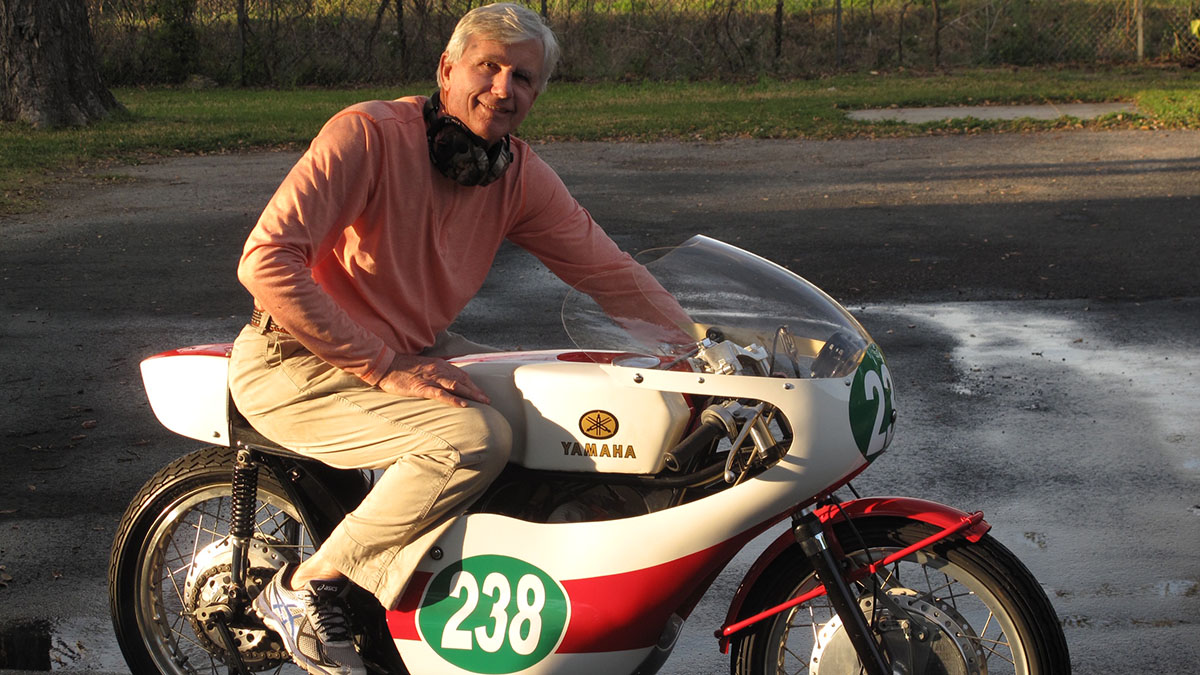 In Fords in Four, we ask an alumnus four questions; he shares insights and stories. In this blog post, Bob Blakely '59 shares the start of his interests in racing and rowing at Haverford, which led to setting a 300 MPH record on the Bonneville Salt Flats and being part of the founding of the Head of the Charles Regatta.

What are your fondest memories of The Haverford School?

Haverford was a game-changer. I only went there one year – my senior year. I started from an average-to-modest background and Haverford was an eye-opener. There was a lot of opportunity there that I hadn’t seen before. But Haverford was one of the important steps in opening up my own thinking process and confidence building. I learned to never give up if there was anything I wanted to do.

One of the big game-changers was meeting Headmaster Dr. Severinghaus, who was also a Cornell trustee and certainly was helpful in facilitating my acceptance to Cornell and going there as an undergraduate.

The second was starting crew, which to me was very important and has a long and important role. I started at Haverford; I rowed at Cornell; I’ve rowed a number of times at the Head of the Charles. When I went to M.I.T, I wanted to row again, so I joined the Cambridge Boat Club. There was a small group there that wanted to do something similar to the Henley Regatta. Around 1966 we got together and formed something called the Head of the Charles Regatta. It was quite modest the first few years, but I did row in it the first and the second years, when I was on the committee. Then I came back and rowed again in a single shell in the 48th and the 50th, which were particularly memorable to me. The event had grown so much in the 50 years, and it was such an important anniversary. 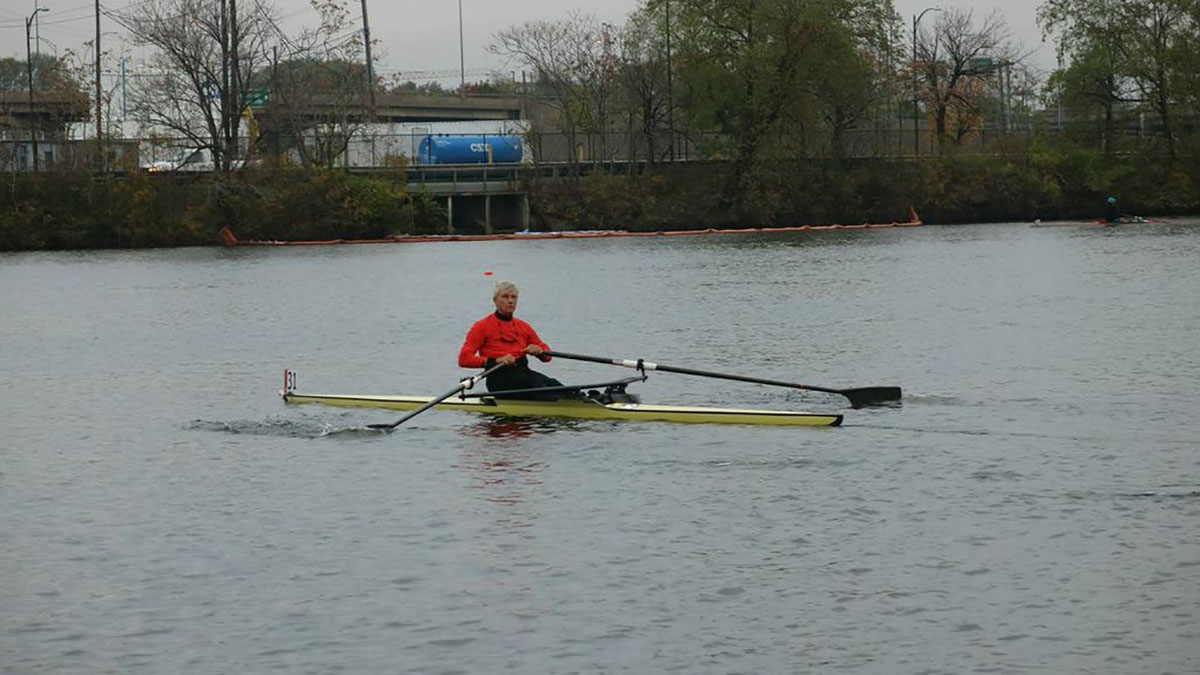 Haverford was a game-changer. Haverford was one of the important steps in opening up my own thinking process and confidence building.

Do you want to delve into some of your career highlights?

I did a doctorate at M.I.T. thinking I would stay at a university and teach. I taught at M.I.T. while working on my doctorate and decided I was not going to be a professor. Through a faculty member there who had found the process for concentrated orange juice and started Minute Maid, he suggested I interview at Morgan Stanley, and in 1970, that’s what I did – I went to Morgan Stanley as an investment banker and ultimately became a partner. I went to Washington for a short period for the U.S. Synthetic Fuels Corporation and then went at the age at 39 to Tenneco to be their Chief Financial Officer, stayed there until the late ’90s.

The leg of my career that stands out the most is the call I got from Russell Reynolds saying WorldCom needs a new CFO to work through the bankruptcy and to reconstruct all the financial statements. The job was not in Jacksonville, Mississippi, it was in Ashburn, Virginia. I went to WorldCom for three years and worked it through the bankruptcy and restatements. We ultimately sold WorldCom MCI to Verizon for $15 billion. I would say that was one of the highlights of my career. I finished on Jan. 13, 2006 and the next Monday I went to Fannie Mae as  CFO, to begin the reconstruction of their financial statements after the accounting fraud and stayed there for two years. At the end, the Treasury asked me to set up the board for GMAC – they had invested $15 billion in GMAC at the time that the automotive companies went through bankruptcy and the Treasury realized that unless there was a viable finance company for Chrysler and GM that just manufacturing autos wasn’t going to get it done. So I went in with one other individual and we set up the board for GMAC which ultimately became Ally Financial.

That’s the trajectory in a very abbreviated way. I’d say I was lucky in many respects; in other respects, I took the road less traveled by, and had a number of very interesting adventures.

I’m on the board of a big hospital system now in Houston– I’m chairman of the Building Committee and we’re building a $1.4 billion new campus for Baylor-St. Luke’s Medical Center in Houston. I’m also on the Board of the Episcopal Health Foundation and am Chairman of the $1.2 billion dollar Investment Committee. Our mission is rural medicine, community health, and mental health for young children in rural communities; we grant about $40 million a year. 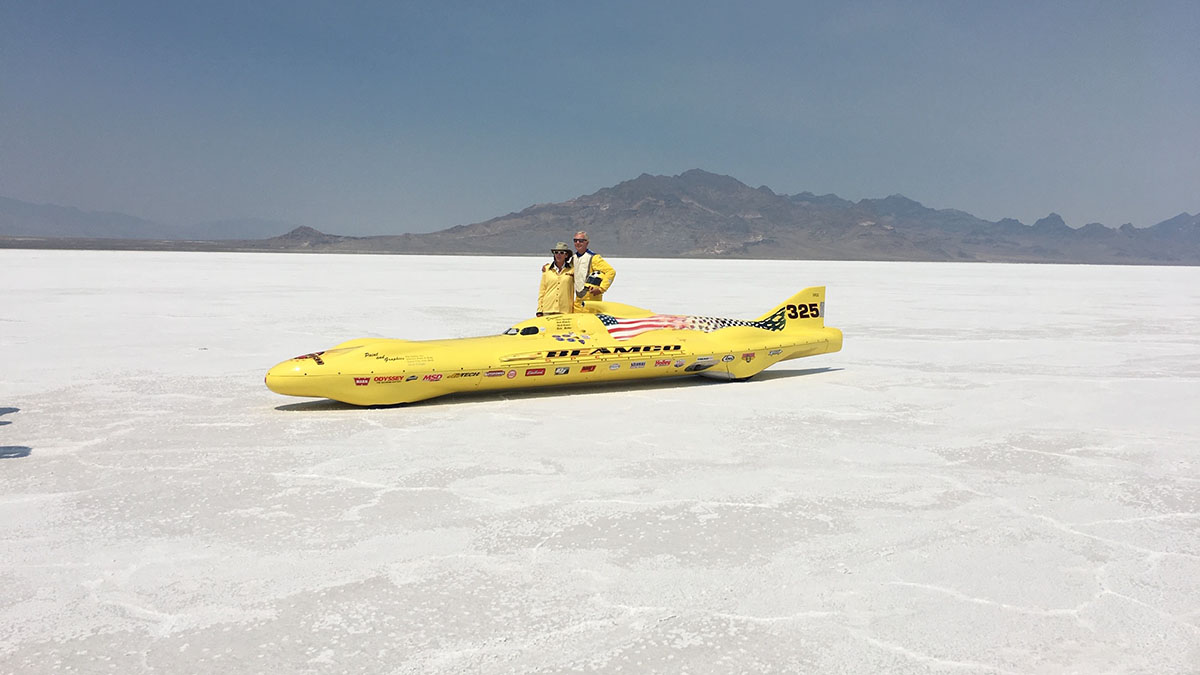 I’d say I was lucky in many respects; in other respects, I took the road less traveled by, and had a number of very interesting adventures.

There were a group of us at The Haverford School who were interested in cars and we had something called Innisfree SpeedShop. Mike Roberts, Chris Roberts, Wally Dyer ’57, Maurice Swope ’59, Bob Harvey ’56, John Hornsey ’57, and Bobby Dripps (who became Robin Dripps later on) were all members. We used the carriage house behind Mike and Chris Roberts’ house, about two miles away from Haverford. We started there, and I would say some of the other members had more financial resources available, and they did racing and so forth. I always wanted to get back to racing, but with school and limited funds, it certainly didn’t happen in my teenage years or immediately thereafter.

And I just decided in good health, when I retired from a full-time job and I was only serving on four public boards – I had the time to do more. So I borrowed a Bonneville roadster without an engine from a friend, I bought an engine, and I went through the licensing procedure on the Bonneville Salt Flats up to 200 miles per hour. Then I decided I wanted to be a member of the 200 MPH Club. So I built a rear engine modified roadster from scratch, went out, drove the roadster, and set two records over 200 miles per hour, and was inducted into the 200 MPH Club. That was 2009.

I took a few years off and then I decided there’s a club with a much smaller number of members – the 300 MPH Club. I decided I would take that on, and that’s actually taken five years. It wasn’t until September of this year driving the Streamliner that I actually set a record at 312.68 MPH, and was inducted into the 300 MPH Club. It’s been a much longer journey – much more complex and more difficult. But in the end, I prevailed. The Streamliner required a seven-person team, all professionals, mostly from the NASCAR teams – it was a full-court effort to get that done.

What advice do you have to share with your fellow alums?

I give a talk often to 40-45 year olds, and most of them are well into their career, all reasonably successful. What I say is, plan your retirement years as carefully as you planned your active career years. All of a sudden, 60 or 65 comes up, and if you don’t work and plan it, you’ll find out you may not have near enough to do to keep you challenged. You know, our average age trajectory is 85. So to these people, I talk about my car racing, my motorcycle racing, and some of the other things I do. I’ve also been on public company boards, until last year, and none of that stuff happened by accident. You have to work on it, just like you have to work to plan your career. That’s one of the most important lessons.