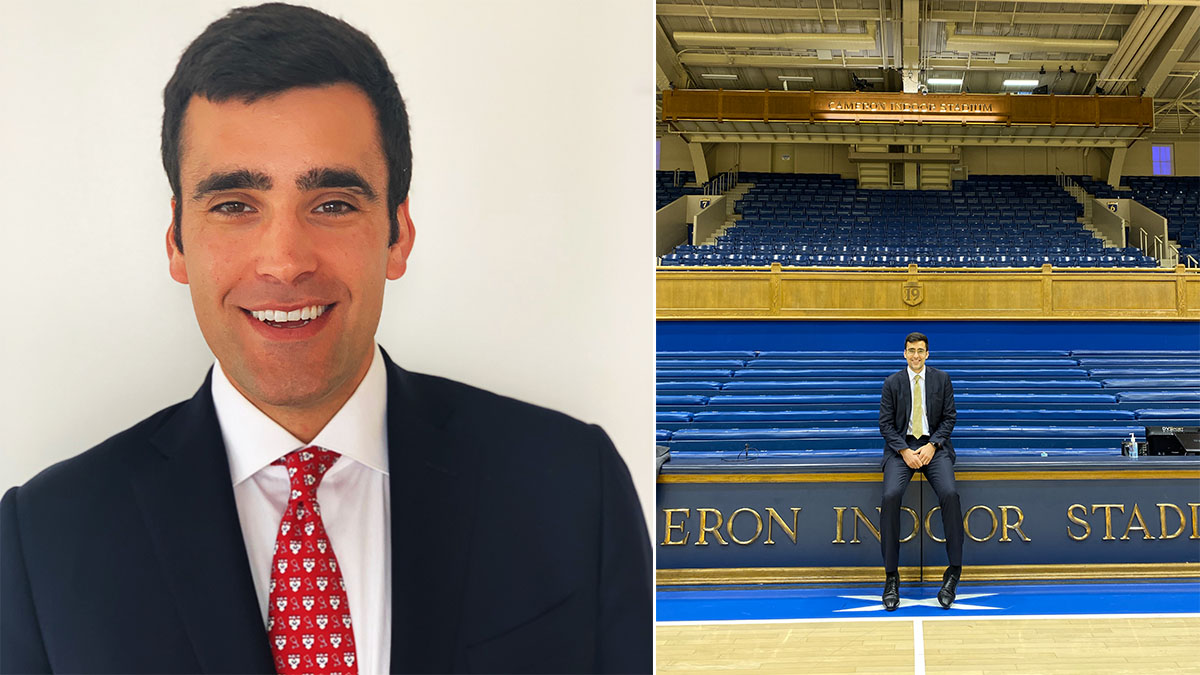 In Fords in Four, we ask an alumnus four questions; he shares insights and stories. In this blog post, Andrew Acker '11, integrated cardiac surgery resident at the Hospital of the University of Pennsylvania, reminisces on his high school years at Haverford, traces his career path into medicine, and shares lessons learned about working hard and following your passions.

Can you recount a memorable Haverford experience or faculty member?

I started at Haverford in freshman year – I didn’t know what to expect initially. But one of the things about Haverford that I noticed is that the faculty members very much felt a calling to teach and help raise young men. Many of the teachers had other careers before teaching but had the desire to educate. Dr. Joe Cox, who was Head of School at the time, was a very special man to me. He was a war veteran, but he was also a very multifaceted man who was sensitive and loved poetry. I played a few sports in Haverford, including basketball. I remember Friday nights after games, when Dr. Cox would come up to the team and he’d have a coin in his hand. It said, “Respect, Honor ,Courage.” He would say, “Good game,” and then transfer the coin to you with a handshake. I still have some of those coins! I also remember when he hosted the senior class at his house – maybe right before prom. He told us the class that I had joined was the first one he saw all the way through from pre-kindergarten to graduation, so we were special to him.

Is there anything you learned at Haverford that you carry with you?

Haverford teaches you a lot – and not all of that is books and facts. They really hammer that stuff too, but it isn’t everything. A teacher who had a big impact during my time at Haverford was Matt Deasey. He was a young guy who was an assistant chemistry teacher. He was able to really connect with the boys. He actually had attended Episcopal Academy, while his brother Paul was a year ahead of me at Haverford. I learned from him great lessons about passion and working hard. Having this younger guy – probably not even 8 years older than me – as a teacher, and later assistant basketball coach and water polo coach during my senior year – was special. Haverford recognized his talent, even though he was young, and could see the effect he could have on boys. Other schools might not have taken that chance and hired someone without all the necessary experience, but it’s your life experiences and dedication that make you able to do something. That’s something I learned from Matt – hard work and dedication can help you achieve goals that other people don’t think you’re capable of doing. Matt has stayed a mentor to me. When I was applying to medical school, I reached out and asked him questions. He is the only person out of my former teachers and professors that I’ve remained close to.

One of the things about Haverford that I noticed is that the faculty members very much felt a calling to teach and help raise young men. Many of the teachers had other careers before teaching but had the desire to educate.

What led you from studying engineering at MIT to medicine, and then specifically to cardiac surgery?

I went to MIT because I initially wanted to be an astronaut. The problem is that I’m 6’8" and there’s a height limit, so that wasn’t possible. I ended up studying mechanical engineering and completed my pre-med requirements with the anticipation of going to medical school.

In the fourth year at MIT, the capstone is very hands-on. You work with a team of about 15 others and make a product over a semester, then actually pitch the product in the largest auditorium at MIT to thousands of people.

My team created an item we called Sunflowers, which were baby incubation devices designed to treat jaundice and meant for under-resourced countries. You treat jaundice with ultraviolet or blue light treatment, but commercial devices can be tens of thousands of dollars. Under-resourced hospitals don’t have the money or sometimes are in places where they will have multiple power outages and the treatment has to stop. This device was designed with a bassinet made of clear material that could heat up at room temperature, so people could deliver this treatment very easily and keep it going for 30 minutes even through a power outage. A company called Design that Matters took this idea and made it a real product, and our team helped with the design. This project was my first step really connecting medicine and engineering.

I originally applied to medical school with the intention of going into orthopedic surgery, but in my second year, we had a cardiology unit. Studying fluid dynamics and the physiology of it made sense with my engineering background. Cardiac surgery was the most technically elegant surgery I’d ever seen. Seeing a beating heart on the table, watching a true heart transplant, was the most amazing and fascinating thing for me as a medical student. You have the opportunity to really, drastically, impact someone’s life.

Right now, there’s a growing window of mechanical engineering and cardiac surgery, a niche called mechanical circularly support, mostly to develop devices that are more complex and smaller. So it’s a real opportunity for me to explore both of these interests. I just completed medical school this past spring and am now a resident in an 8-year integrated cardiac surgery program, which is really great training for what I ultimately want to do.

Work ethic is the most important thing when it comes to success – more than natural talent or intelligence. It’s the willingness to work at something you enjoy, and work at it relentlessly, and keep that mentality to achieve your goals.

Do you have any advice for younger alums or current students at Haverford?

What I think is important is if you’re really passionate about something, follow your passion. If you really enjoy something, work hard at it – don’t let someone tell you to go home or try again later. I keep thinking about the lessons I learned from Matt Deasey’s example – to pursue things with a relentless work ethic and attitude.

If I can project out years from now, when I’m in a position to hire surgeons or employees, I wouldn’t necessarily pick the smartest person for the job. Instead, I’d try to identify the person who is willing to work the hardest and grind for what they get. Work ethic is the most important thing when it comes to success – more than natural talent or intelligence. It’s the willingness to work at something you enjoy, and work at it relentlessly, and keep that mentality to achieve your goals.