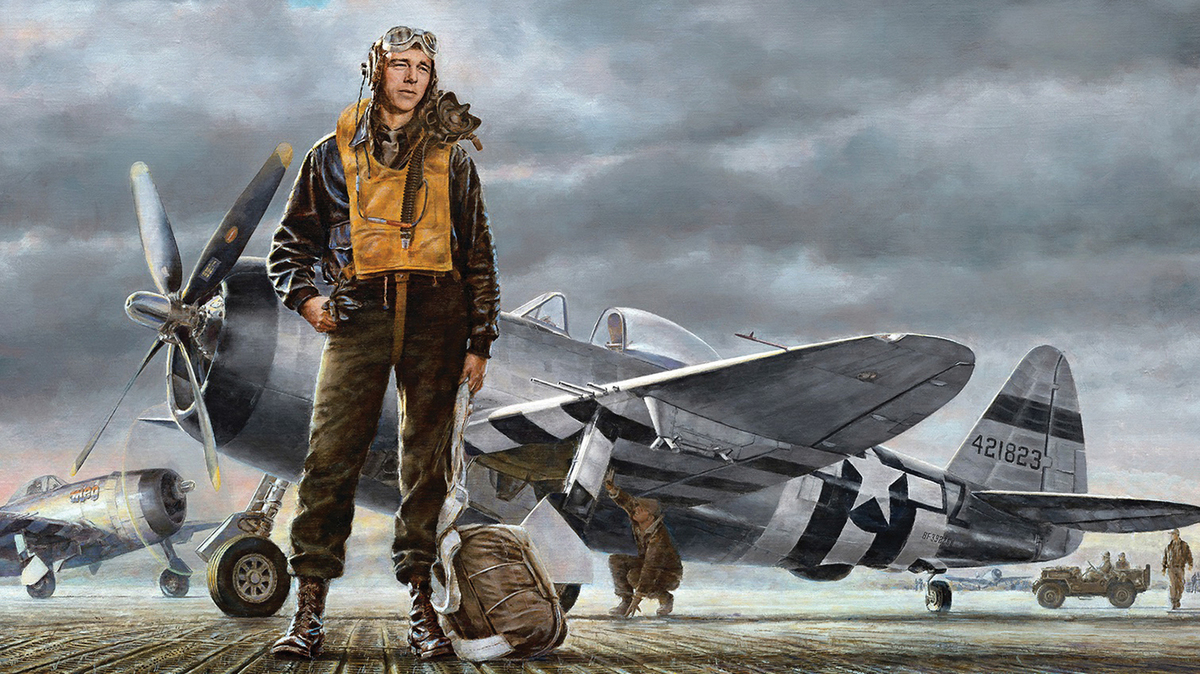 Even as a youth I had wondered about the pilots who flew these beautiful but deadly fighting machines. Who were they? How did we find such willing men to face an almost certain death in the daily ritual of war?

After I had begun rough sketches for a painting I long felt the need to create, I saw Quentin Aanenson's powerful and poignant A Fight Pilot's Story on television. I knew at once that he would be the ideal representative for all who left home to fly and fight for their countries – especially those who would never return.

It was important for me that this image shows a fighter pilot, aged far beyond his years, silently standing alone. He has seen too much of war. His weary expression would have to reflect a dedication and commitment that only a few understand. Are the thoughts of this physically and emotionally exhausted young warrior about the many lives he has saved or the lives he has taken? In this world of death, there can only be questions, never answers.

Capt. Quentin C. Aanenson (1918-2010), 9th Air Force, U.S. Army Air Corps is pictured after returning from a combat mission with his P-47D Thunderbolt. It is December 1944, during the Battle of the Bulge; a major German offensive against the Allies in the Ardennes Mountains on the Western Front. It was the costliest action ever fought by the U.S. Army, which suffered over 100,000 casualties.

Aanenson never considered himself a war hero. Yet among his many citations – including three Distinguished Flying Crosses and two Purple Hearts – he was the only American in World War II to receive the French Legion of Honor.

The Smithsonian Institute selected Aanenson's portrait to be a part of its permanent collection. "Thunderbolt Patriot" now hangs in the National Air and Space Museum in Washington, D.C.