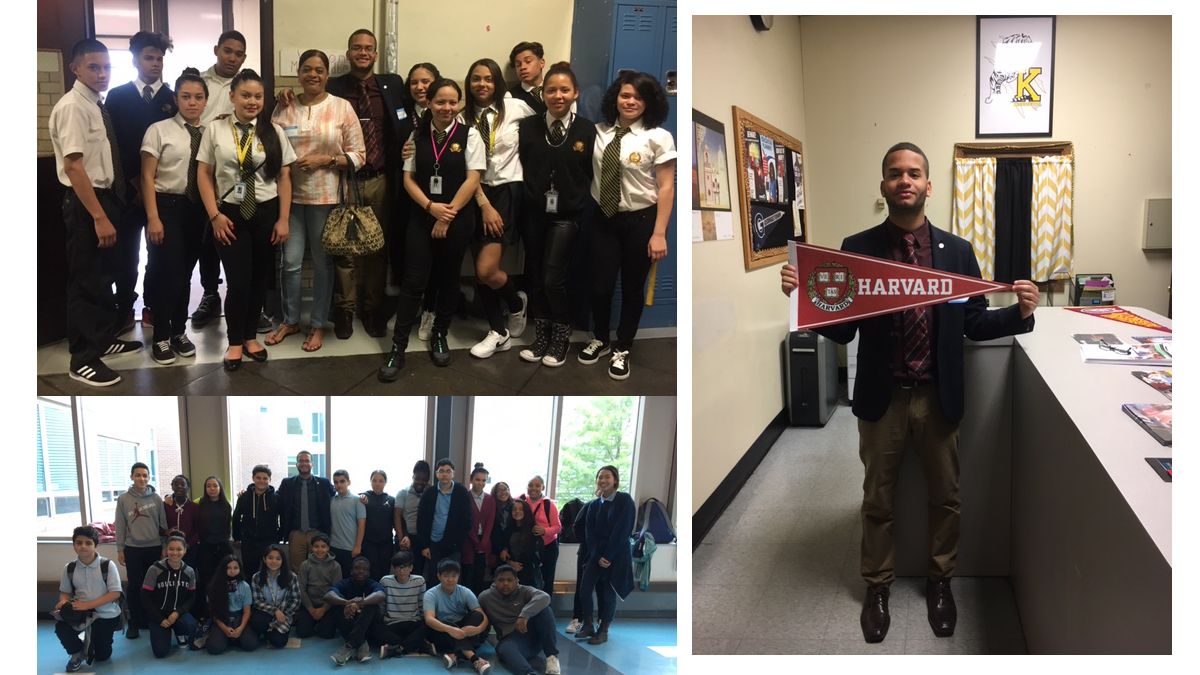 For my senior project, I attempted to be a teacher, tutor, mentor, and motivational speaker all at once, over three weeks. To say that I learned an incredible amount from this experience is an understatement. I was able to discover things about my former high school, other schools in the area, students from around the neighborhood, and, perhaps most importantly, myself.

My days would begin promptly at 7:05 a.m. I would shower quickly, change into clothes that gave me the appearance of a well-educated teacher (my Haverford uniform, of course), and eat breakfast before going to my former high school, Esperanza Academy. I found myself feeling like a student again: rushing to my classes, speeding up and down stairs, focusing only on arriving on time to my next period, and being excited by the sound of the bell which marked the end of a class. I soon realized, though, that I was on the other side of the classroom—I was now the teacher or mentor rather than the student. I was taken up for seven periods straight, no breaks in between. For periods 1-2 I was in chemistry; for periods 3-7 I was in Algebra 1. (I would occasionally take a five-minute break to get a snack.) In the classes, I would walk around, helping students whenever they needed it. Sometimes I would pull out ESL (English as a second language) students and work with them independently in their native language.

When the bell rang to conclude seventh period, the second part of my day began: sharing my story with other students from different schools. I first went to my former middle school, Feltonville School of Arts and Science for four days (May 22 - 26), then Edison High School for four days (May 30 - June 2), and finally to Kensington High School one day for four periods (June 6). My talks at these schools were about twenty minutes long, after which I would ask questions or answer them for students. Sometimes, I would return to Esperanza for ninth period tutoring and stay there for thirty minutes to an hour.

These are students with immense potential who often give up on their goals because of self-doubt, so I made it my personal goal to make sure that each of the students saw what they were capable of. Whether I was tutoring and congratulating a student for getting something right, or speaking and emphasizing the fact that greatness is in all of us, I made an extra effort to ensure that they could see their own potential.

Seeing Esperanza from the other side of the classroom provided an entirely new perspective to me. When I was a student there, I remember complaining about the lack of resources and the need for more structure in the classroom. What I came to realize, though, is that the teachers and staff at Esperanza are doing everything they can, with a limited amount of resources, to have the most structured and efficient high school possible. I was able to see how hard the teachers work, how many extra unpaid hours they put in, and the love they have for each and every student they teach.

Seeing the students, both at Esperanza and at other local schools, allowed me to better see myself. It was a realization that brought up an intense feeling of love, one that made me wish the best for each student and try to inspire them to do their very best in all things. Coming into my senior project I had one major goal: motivate one student. Judging from the emails I received from students I talked to, I would say that my goal was completed and exceeded. These are students with immense potential who often give up on their goals because of self-doubt, so I made it my personal goal to make sure that each of the students saw what they were capable of. Whether I was tutoring and congratulating a student for getting something right, or speaking and emphasizing the fact that greatness is in all of us, I made an extra effort to ensure that they could see their own potential. My teachers had seen it in me and I wanted to pay it forward for all those students.

In summation, my senior project took me through a journey of growth, one which I learned the importance of countless things: of getting to classes early; of having patience when tutoring students; of explaining something in different ways for different students; of needing a break throughout the day; of being a teacher (and how incomprehensibly hard it is to be one); and of not talking or sleeping when someone is talking (this happened several times during my talks at other schools, and I regretted ever doing it to other speakers). I learned how to connect with students on a personal level; have hope for the future; and be thankful and appreciative for my experiences. I learned most of the all to be kind and loving before everything else, and the importance of being human and realizing how we are all connected.