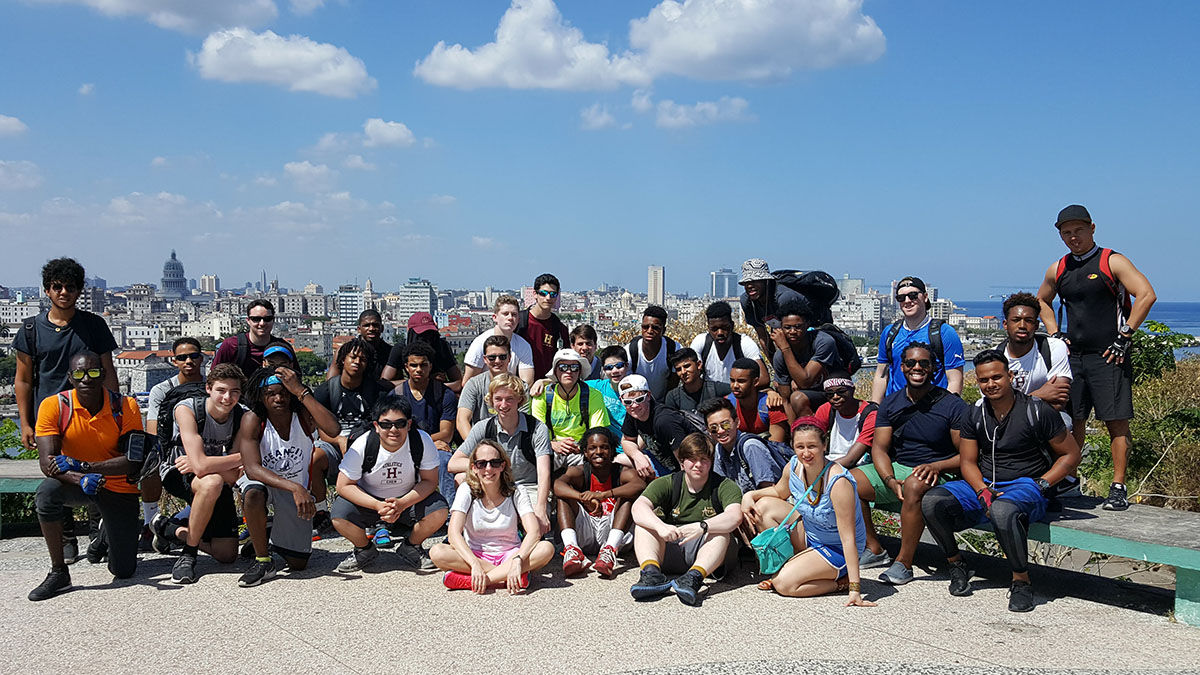 Just 30 minutes after their feet first touched Cuban soil, our group of Haverford boys spontaneously jumped into a rumba street dance. I was moved by their willingness to be swept up, body and spirit, by the moment and the music around them: to accept the invitation to dance, and to embrace the first Cubans they met with admiration and warmth. This trip offered the boys a chance to do many things for the first time: ride a horse, go caving, eat freshly roasted pig, dance to live Cuban music, forgo the Internet, practice Spanish with native speakers, and experience a different political system. It also served to nourish and challenge Haverford students and teachers, and to enhance our collective knowledge of the Spanish language, Cuban culture, and international travel.
-Noel Straight, Upper School Spanish

The connections I made in Cuba opened my eyes to the similarities between people all over the world. It was interesting to talk to many artists in English and Spanish to learn about their works. My time in Cuba developed me as a global citizen. Being a global citizen involves trying to appreciate different cultures even if the people don't always understand you. It also includes being open to learning new things and not shying away from something just because it is new to you.
-Jackson Overton-Clark, IV Form 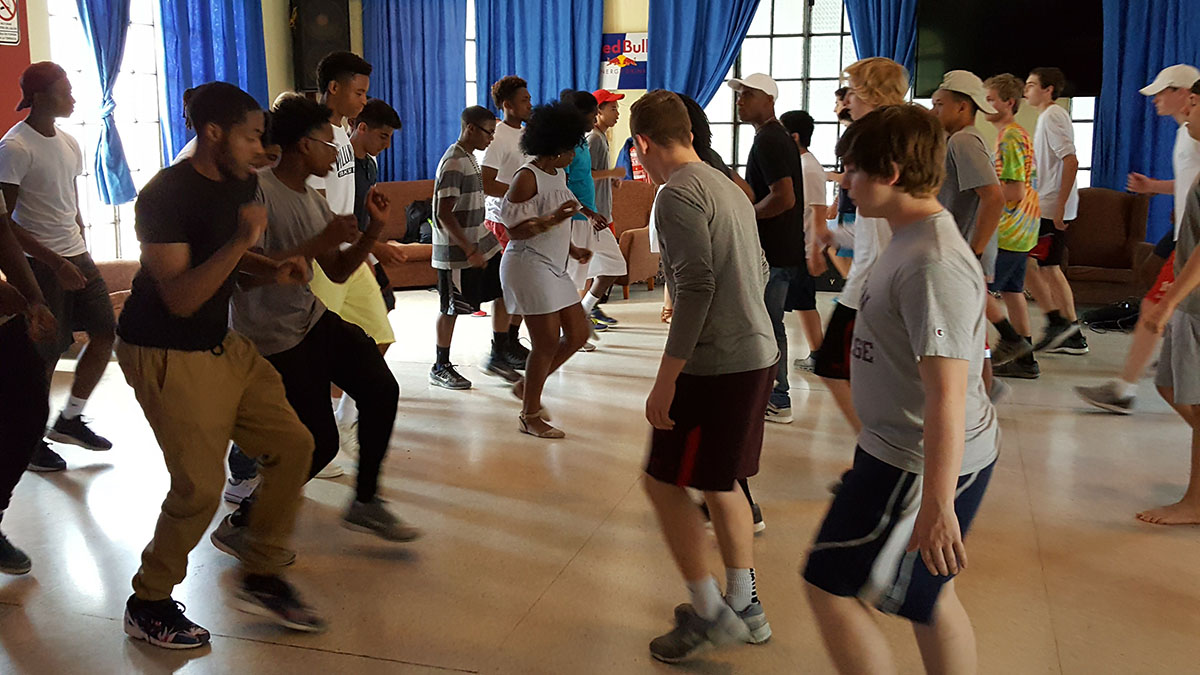 This trip offered the boys a chance to do many things for the first time: ride a horse, go caving, eat freshly roasted pig, dance to live Cuban music, forgo the Internet, practice Spanish with native speakers, and experience a different political system.

I was able to use my Spanish skills and have very interesting conversations with a variety of Cuban people. I played soccer and talked to many locals about their views on the U.S., Obama, Trump, and the future of Cuba. Our bike tour guide, Orlando, and I also had some interesting conversations about his life and his views of Cuba. Geographically, Cuba is not that far away, but politically it is so different from the U.S., and it was great to engage with people who have a different background and worldview.
-Jack Molitor, VI Form

Cuba exceeded my expectations. The trip changed my perspective on life and made me realize that no matter how you live or where you live, you can always be happy. I was able to see a side of the world not many in America have seen. On the second day there, we got off the bus and were in a small market village. I gave a pencil to a young boy standing with his friends. They were so excited about this. Also, there was a woman standing behind them holding a child. She walked up to me and pointed to a rubber bracelet I was wearing in memory of a friend. I took it off and gave it to her, and her face lit up with a smile.
-Luke Follman, IV Form 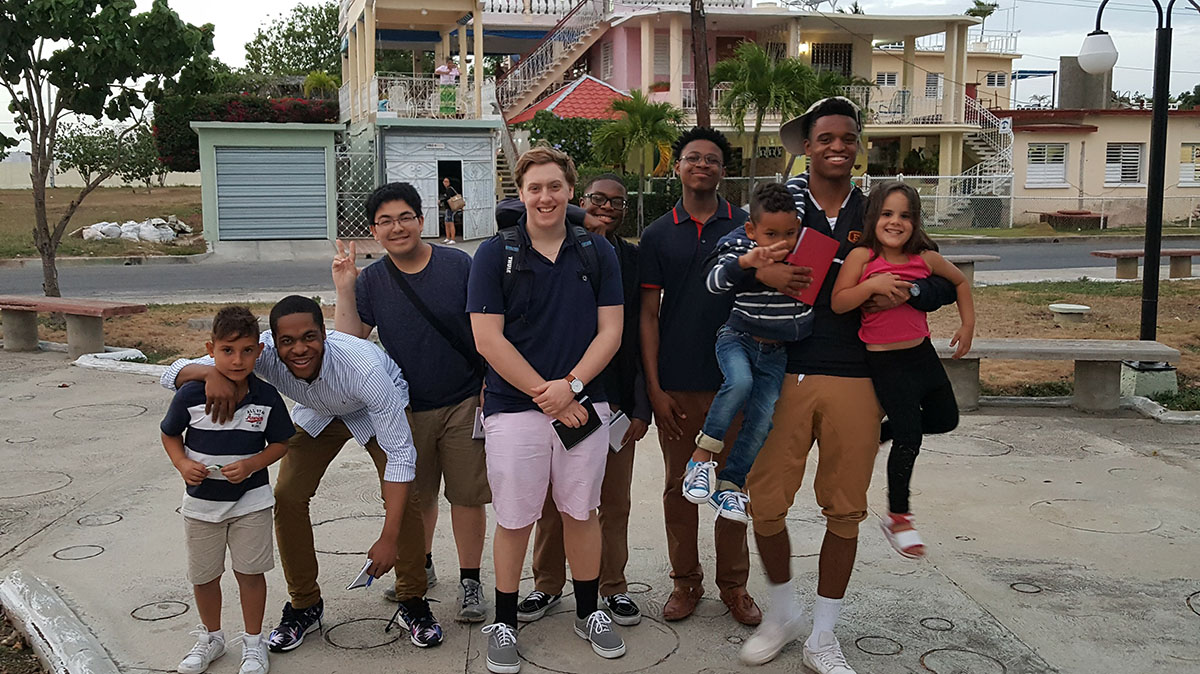 The trip changed my perspective on life and made me realize that no matter how you live or where you live, you can always be happy.

In Cuba, I found that I could be more well-rounded as a person. I can dance more and appreciate my artistic side. I can be more outgoing and appreciate people not for what they have, but who they are. When I was watching an outdoor wedding, I spoke to the security guards and waiters for an hour or so. I left this conversation feeling as though I had so much in common with them, even though we live in entirely different parts of the world. This showed me that at our core, we are all truly people who love, feel pain, and laugh the same. Overall, I hope that the people I met in Cuba think of me whenever the U.S. comes up in conversation, and that I provided a face and a personal story.
-Joseph Dignazio, V Form

The Cuban people are very friendly and outgoing. Interacting with the Cuban locals made me realize that everyone has a story. I didn't realize how much fun I'd have talking with strangers, especially with the challenge of having to speak in their language. My time in Cuba has made me realize that I'd like to see the world.
-Benjamin Warden, V Form 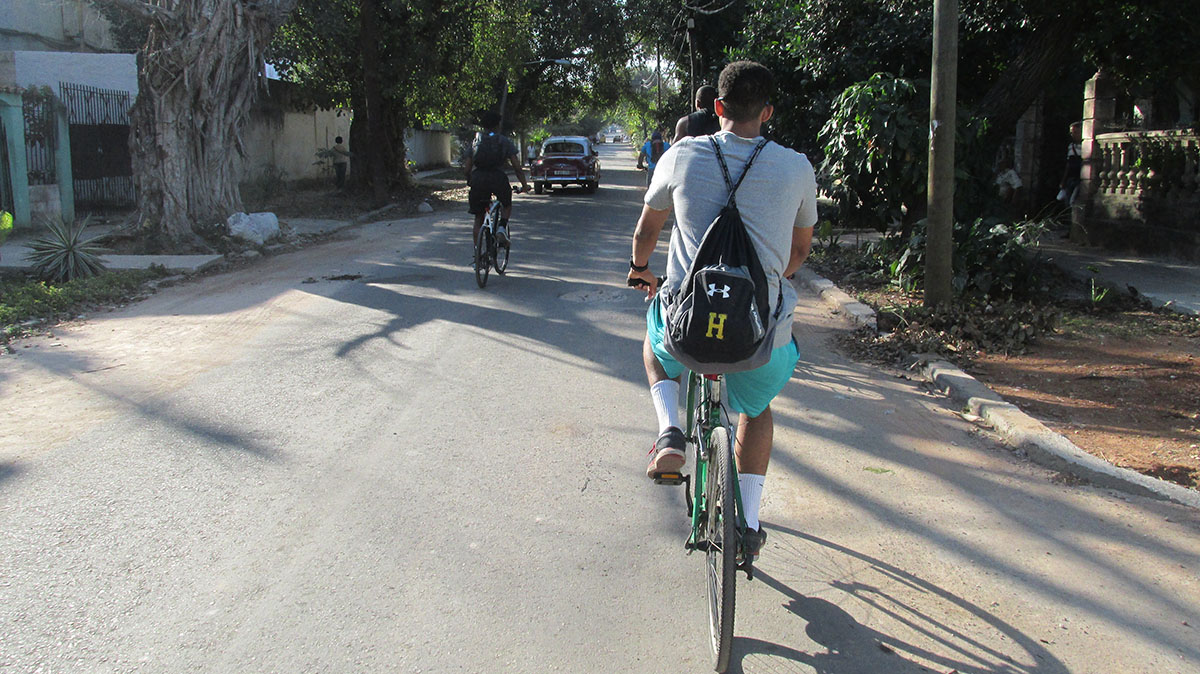 Going to Cuba was a once-in-a-lifetime experience. I got to see many aspects of Cuba: the people, food, animals, the old city, and historical sites.

Going to Cuba was a once-in-a-lifetime experience. I got to see many aspects of Cuba: the people, food, animals, the old city, and historical sites. Cuban people love to dance and perform music. As a result, our group learned how to do certain Cuban dances, which were some of the best parts about the trip.
-Jonathan Hanson, V Form

I have never traveled to a different country, and I was traveling to one I did not know that well. Talking to people in Cuba expanded what I know about other people. What I know now about the world is greater and my ceiling for knowledge has become bigger.
-Joshua Ridenhour, VI Form 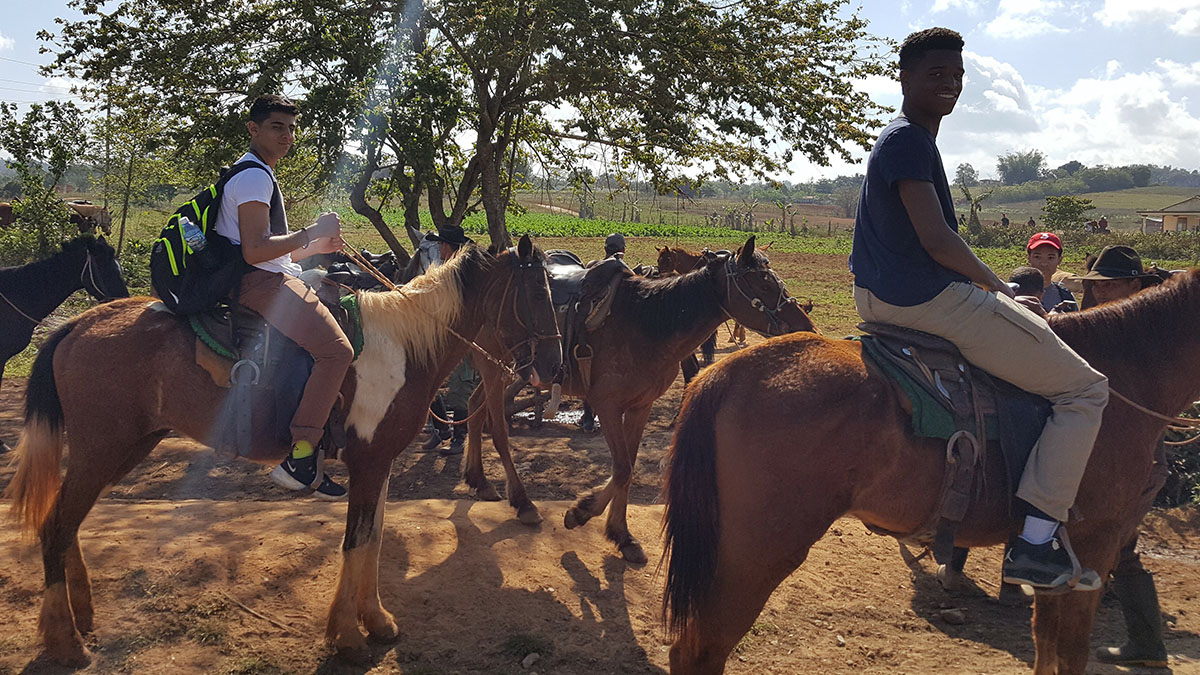 The best kind of travel leaves you in some way changed, inspires you to act, or unearths reflections of previous chapters in your life. My time in Cuba did all three.

The trip to Cuba was about seeing parts of a beautiful country, meeting new people, and appreciating the world outside of our school. The people we met were kind and generous, interested in knowing more about us, but also willing to share a bit about themselves. Our boys represented themselves and Haverford well at every turn. Students arrived at each stop with eyes wide open and a healthy curiosity about what the next adventure would hold: biking through the streets of Havana, snorkeling in the Bay of Pigs, or horseback riding through a tobacco plantation. I hope that our travels together increased the boys' taste for international travel, learning to appreciate the differences and similarities that make us human, and a desire to be adventurous. Personally, I appreciated all that we saw and learned, but also gained a newfound sense of pride in being part of the Haverford community.
-Heather Stinson, Associate Director, College Counseling

I have never in my life had an adventure like Cuba. The best kind of travel leaves you in some way changed, inspires you to act, or unearths reflections of previous chapters in your life. My time in Cuba did all three. Although Cuba felt a world away here were many aspects of it that signaled "home" for me as the son of Trinidadian immigrants: the warmth of the air, the smell of the sea and the absence of the mindless, habitual hurriedness of the United States. With limited access to the Internet and a de-emphasis on commercialism, everyone in Cuba found other ways to fill our days and evenings. Every day we adventured in the spirit of brotherhood, curiosity and interconnectedness. From the moment we entered Cuba the music and dancing became ubiquitous, somewhat narrowing the lines of difference that existed between the boys and the people of Cienfuegos, Trinidad and Havana. By the second day, any shyness that existed within me about letting the rhythm move me melted in the summer-like heat: walking, running, snorkeling, horseback riding, biking through the streets of Havana -- all the time adventuring, never "rushing." I'll never (or not soon) forget the adventure that I had in Cuba.
-Brendon Jobs, Upper School History