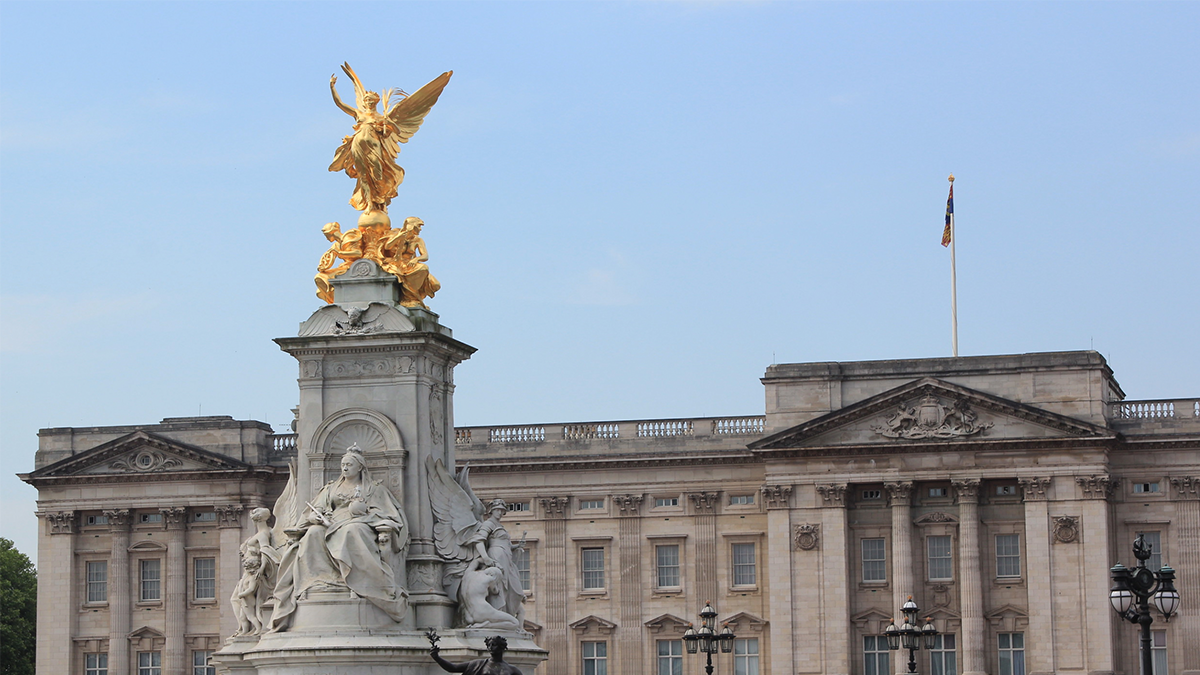 My project tied back to an experience I had the privilege of being a part of for two years: living in a completely different country nearly halfway around the world. During 8th and 9th grade, I went to the American School in London, and over those two years, I fell in love with the city, which I had never seen before. That is where my passion for photography began. Living in the city, I was able to travel fifteen minutes to iconic landmarks in one of the busiest international hubs in the world. There was a hidden beauty to the city of London, but during my time living there, I took in all the experiences instead of trying to photograph them. This senior project was a chance for my redemption tour. I was able to explore the different cultures spread across the cityscape of London, documenting people and places which make each part of the city distinctly different from one another. This congregation of people and culture helps to make London the city it is today. I was very pleased I had the chance to go back and re-experience it all over again, except this time I could document it.  Once I had accrued enough money for plane tickets, I was able to book a flight and plan a nineteen-day expedition. The next month I was off. I had already planned places to go and subjects to photograph as soon as I hit the ground in the morning. I couldn’t sleep on the plane as so many ideas and themes were bouncing around in my head that upon landing Sunday I was zombified from jet lag. Monday was the first real day of work for me.

A normal week for me consisted of visiting 3-4 locations throughout the city. One good example of what a normal day for me was when I was able to go into central London and photograph the district of Shoreditch: a place mixed with graffiti with a twist of food cultures. I was staying in a place about 45 minutes outside of the city, so I was able to wake up around 7:30 a.m., make myself breakfast, and catch the 8:30 a.m. train into the city. Upon reaching Liverpool Street, I had to manage my way through the complexity of the London underground to reach my destination. Upon arriving in Shoreditch, I was blown away. I had lived in this city for two years, and I thought I had seen nearly every corner, but Shoreditch was all new to me. The building was covered in modern street art and social commentary, something I would never have thought to be allowed. Police normally are commissioned to cover up graffiti, but Shoreditch is interesting as it the street art is protected by law so naturally any blank wall is a canvas. I spent three hours wandering the streets photographing, then packed up and headed back home to edit the photos to determine which ones to publish.

The second half of my project was to photograph sports for my old school, the American School in London. My mentor on the trip was a sports photographer for the school. Since most of my time at the school had been spent playing sports, I wanted to see what it was like through the other side of the lens, to be the one to capture moments which I had only viewed as an athlete. Coincidentally enough, the director of athletics approached me knowing I was here for photography and invited me to help him with the publication of the website of an upcoming sports tournament. I was able to take photos of the games and publish them online to the school's website. (Sadly, I cannot share any of these photos publicly as they are protected by UK Data Safety and Security Laws.) 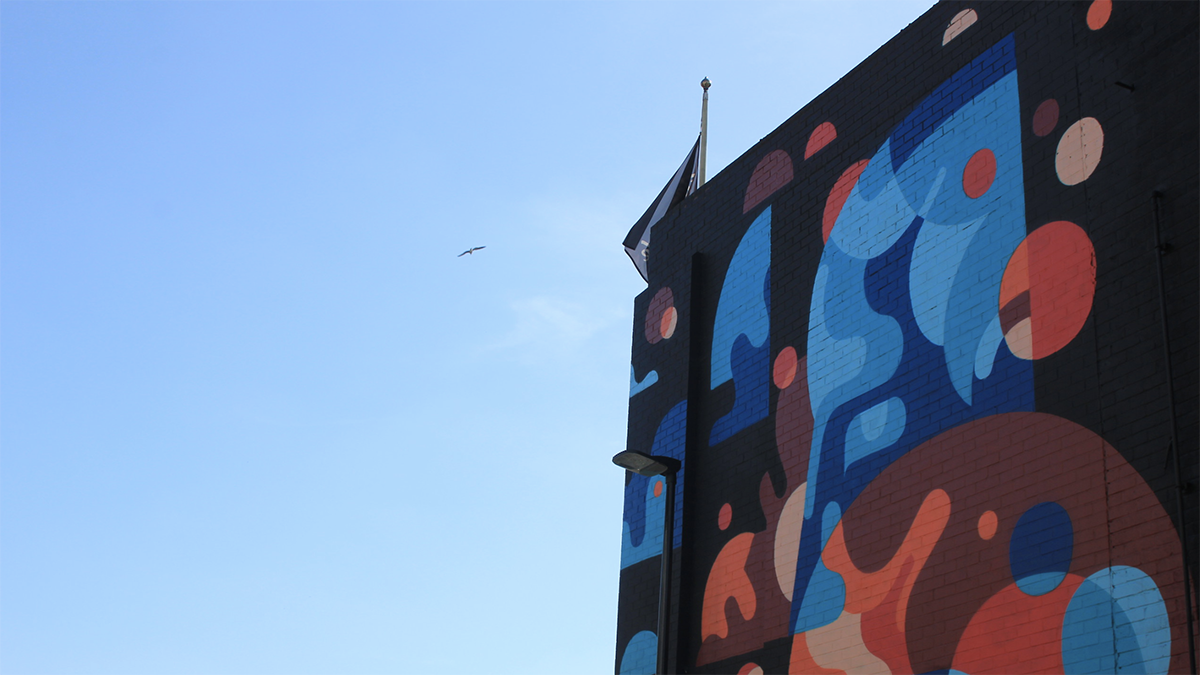 Upon arriving in Shoreditch, I was blown away. I had lived in this city for two years, and I thought I had seen nearly every corner, but Shoreditch was all new to me. Police normally are commissioned to cover up graffiti, but Shoreditch is interesting as it the street art is protected by law so naturally any blank wall is a canvas.

One of the coolest things I was able to learn came from something very surprising. I thought going on this trip would just be me going about the city going to places I never saw before and examining things I had missed, like a solo mission. Immediately upon brainstorming the idea, I was offered help and friendship by people from all over. My old nanny was one of the first to offer me housing for a week when I was there, then a really good friend of mine was able to offer housing for the rest of the time there. Once I started to tell more and more people of my project, my friend outreach shot up exponentially. Old friends of mine who I hadn’t seen in years offered their help and places to visit all across the city for me, which provided me more and more material to document along the way.

The friendliest person on the trip would have to have been my mentor. At the beginning of the trip, I was trying to figure out what exactly meeting with him would look like and the places I would need to photograph and show him. But I found it that the real experience came when we went out on a session together. Then and there we were able to share our insights with one another, offering how we both saw different viewpoints and learning from one another. One of the coolest things I experienced was when my mentor actually started to learn more from me when we took sports photos. He said my eye and style of shots were something he’d never seen before. At the very next event, he tried to emulate these types of shots himself, learning from me. This demonstrated that knowledge can be given and shared with anyone, teachers to students or students to teachers.

It showed me that the person Haverford has helped me become is no longer a boy from Pennsylvania. Instead, I was able to learn about the world firsthand, in another country, away from family. This is the best way to learn and discover rather than to just sit back. This unique trait is what made this senior project one-of-a-kind.

Being in a city halfway around the world while also representing seniority at my school, I understood there were guidelines which had to be followed. Moral qualities were exemplified in this project via the respect I had towards other people all around me. I was not there to boss people around, I came to the city to learn about things I had missed, becoming eighth grade me all over again. The essential qualities of the Senior Project allowed me to build a bubble around myself of tasks I knew which could be completed within my grasp allowing me to succeed in my end goal. Being able to be sent to a place like London was incredible in itself. It showed me that the person Haverford has helped me become is no longer a boy from Pennsylvania. Instead, I was able to learn about the world firsthand, in another country, away from family. This is the best way to learn and discover rather than to just sit back. This unique trait is what made this senior project one-of-a-kind.

In conclusion, there was so much more than just going places to take photos. Experiencing and seeing the function societies woven into the bustling city of London was incredible and exactly what I hoped for. London was a great city for me to grow up in for such a short time: I experienced everything in the moment, but I was only able to hold my mind accountable for remembering memories and places around the city. This project allowed me to recapture the culture and good feelings London once imbued in me. Using and seeing through the lenses in my camera and cinema products, I was able to show family and friends what I had seen and done. For this, I say thank you Haverford, not for allowing me to travel for my project, but to truly experience something which helps to define me not as a boy, but as a man.

(All photos taken by Bobby Stratts)