My grandmother first started working with the Manavya organization in the early 1990s. The orphanage at Manavya is called "Manavya GOKUL." I was at Manavya GOKUL for four days and also attended an annual celebration at Manavya. Manavya does more than just help the kids; they also do good things for the community through services like the UMED mobile clinic, which provides low cost medical treatment to five nearby villages. The UMED aims to establish a rapport with the villagers and arrange awareness programs in order to reduce the stigma surrounding HIV/AIDS. UNNATI is another program run by Manavya; it is a support group which provides counseling for students and alumni through all of life's challenges.

When I first got to the Manavya orphanage, I brought with me a huge bag of chocolates, which I gave to the kids and staff. All of them took the chocolates, smiled, and said, "Thank you." One of the boys took me around the Manavya Gokul campus and then we played some cricket. I beat my new friend 56-27, but I have a feeling that the chocolates had something to do with it, and he was just letting me win.

Next we had lunch. It was great! All the food was made by the staff at Manavya with help from some of the kids. We ate chapati (Indian bread), daal (lentils), tak (buttermilk), mango achaar (pickled mangoes), and Sabji (cooked vegetables). 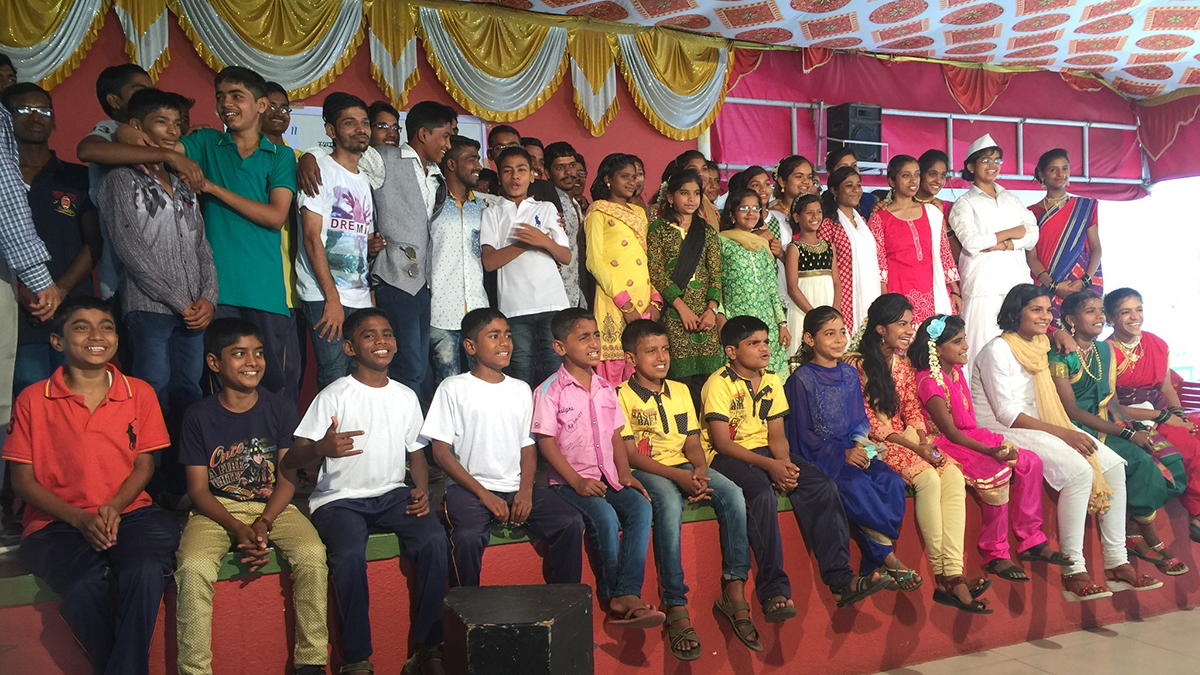 Manavya in Sanskrit means humanity and the Manavya organization truly reflects that. It was a memorable and inspirational trip for me.

The kids in grade 7 and below have school on the Manavya campus. However, the kids in grade 8 and above go to a school outside of the campus. After school, we played Carrom and listened to Marathi songs, the language spoken in Pune, India. The kids tried to teach me jokes and words in Marathi. In return I taught them how to "Whip" and "Dab!"

During my visit there, I attended the 20th anniversary celebrations of Manavya and listened to some of the alumni speak. It was really cool what they are doing with their lives and the success they have achieved. One of the alumni who spoke at the celebration was Vishnu. He was a very sick, little child when he came to Manavya, but with the organization's help, he is now an assistant technician at an appliance/mobile repair shop. My grandmother also spoke at the event. She spoke about the importance of education in helping the kids become productive citizens in society.

One of the main things that I got out of my visit was that just because the kids were from a different country, speak a different language, have HIV/AIDS or are orphans and don't have the same privileges, they still, laugh, play, and learn like I do. "Manavya" in Sanskrit means humanity and the Manavya organization truly reflects that. It was a memorable and inspirational trip for me. I made some good friends and memories, and hope to go back again soon.