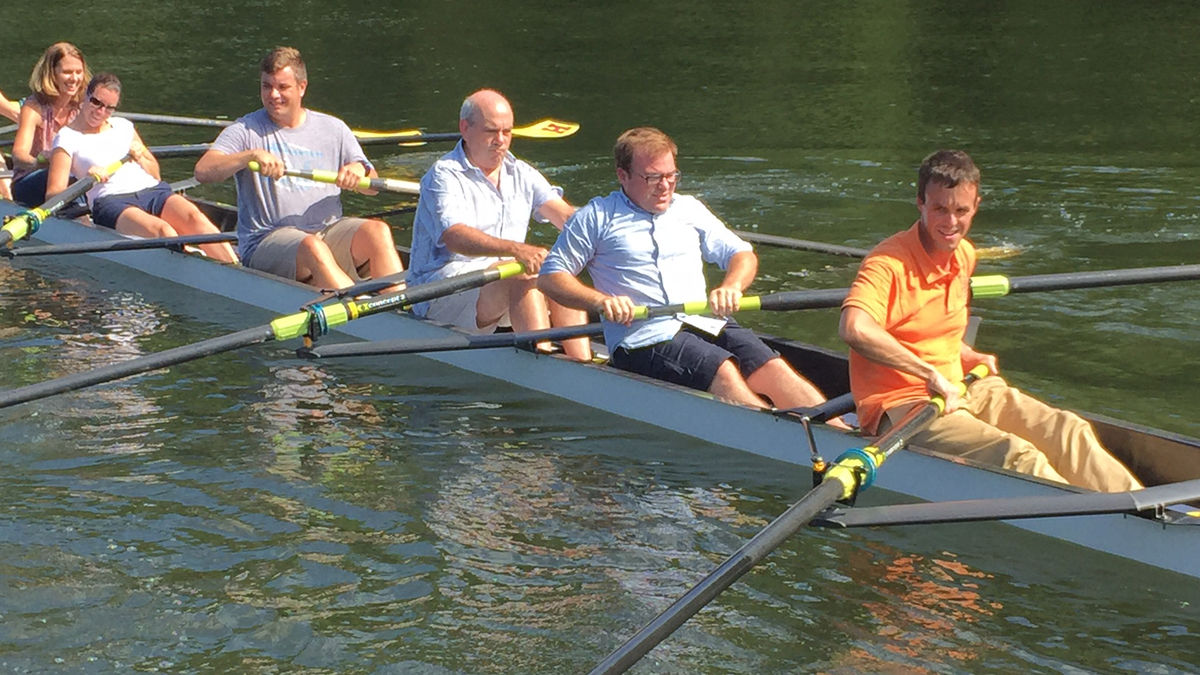 The group, known in-house as the Department Leaders Committee, had set for itself a number of important goals related to its mission, vision, and operations. Over the course of the day, we considered a number of topics, among them the tension between relying on tried and true structures and methods informed by a set of timeless values, and looking to new structures and methods in response to rapidly changing times; the skills and habits of mind a Haverford School graduate needs to be prepared for college and the workplace; and the increasing need to break down that walls that have traditionally separated academic departments.

To illustrate the importance of working together as a team toward a common goal, I closed the day by reading from Daniel Brown's Boys in the Boat about the concepts of "swing...which only happens when all eight oarsmen are rowing in such perfect unison that no single action by any one is out of synch with those of the others. The closer a crew can come to that ideal-maintaining a good swing while rowing at a high rate-the closer they are to rowing on another plane."

Shortly thereafter, we were treated to a surprise visit from the coaches and captains of the Haverford rowing program, who graciously introduced our team to the fundamentals of rowing before launching us out on to the Schuykill in an eight-man shell. There were too many useful leadership and teamwork metaphors to list here, but the unexpected surprise was the opportunity to reconnect with feeling what it's like to learn something new... that loss of control, that absence of muscle memory/instinct, that slightly elevated anxiety level, a timely reminder of what it might feel like for some of our boys when we introduce them to challenging material that is, for us, familiar and intuitive.

The boys, along with Coach Greytok and Coach Scheurtizel, were, like the best teachers, patient, clear, attentive, supportive, and enthusiastic and though what we experienced could not be described as "swing," (as is painfully evident in the accompanying photo and video), we left the boathouse with a renewed commitment to rowing together and a newfound appreciation for the sport of rowing and the many Haverford boys it has inspired.