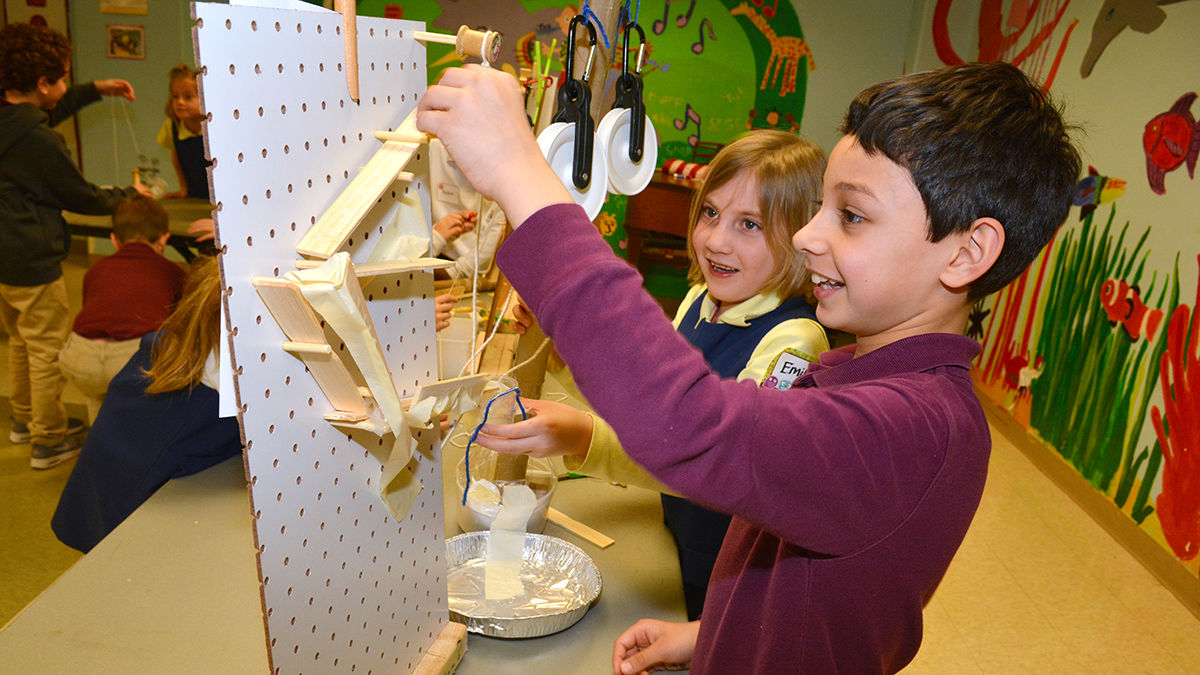 Haverford's Upper School art teacher Mr. Ressler outfitted each of 24 competing groups - 12 from each school - with a pegboard on which to mount their machines and a stand to hold them upright. After much effort, each group demonstrated to their counterparts how they had solved the challenge. We then encouraged the boys and girls to collaborate and communicate with each other in order to combine their compound machines to accomplish the same goal.

New plans were drawn up, new machines were created, and new partnerships were formed. By the end of the day, each co-ed team had a single compound machine ready. After running the machines through their paces, the groups were charged with perfecting their machines for a subsequent day of competition.

Knowing these students, we predicted they would meet this challenge with success, and they exceeded our expectations with enthusiasm and determination. Julie Haines, second grade science teacher, Agnes Irwin

The following Tuesday, Haverford boys traveled to AIS to fine-tune their machines and to create a video presentation showcasing their creative process and the end product. The workshop was a culmination of weeks of intense work for both communities. The machines were impressive and entertaining, and each student took part in the speaking and presenting.

Students from both schools demonstrated respect, ingenuity, and collaboration. It was impressive that we, as teachers, could keep interjecting new problems or tasks and the students would eagerly start brainstorming and problem solving.