Learning the "eco-nomics" of recycling in first grade, designing mazes in Middle School art, and exploring the trade routes along the Silk Road, our students are engaged in myriad discoveries each and every day. Here are a few highlights from our classrooms on a typical day (this typical day happens to be Friday, April 15). 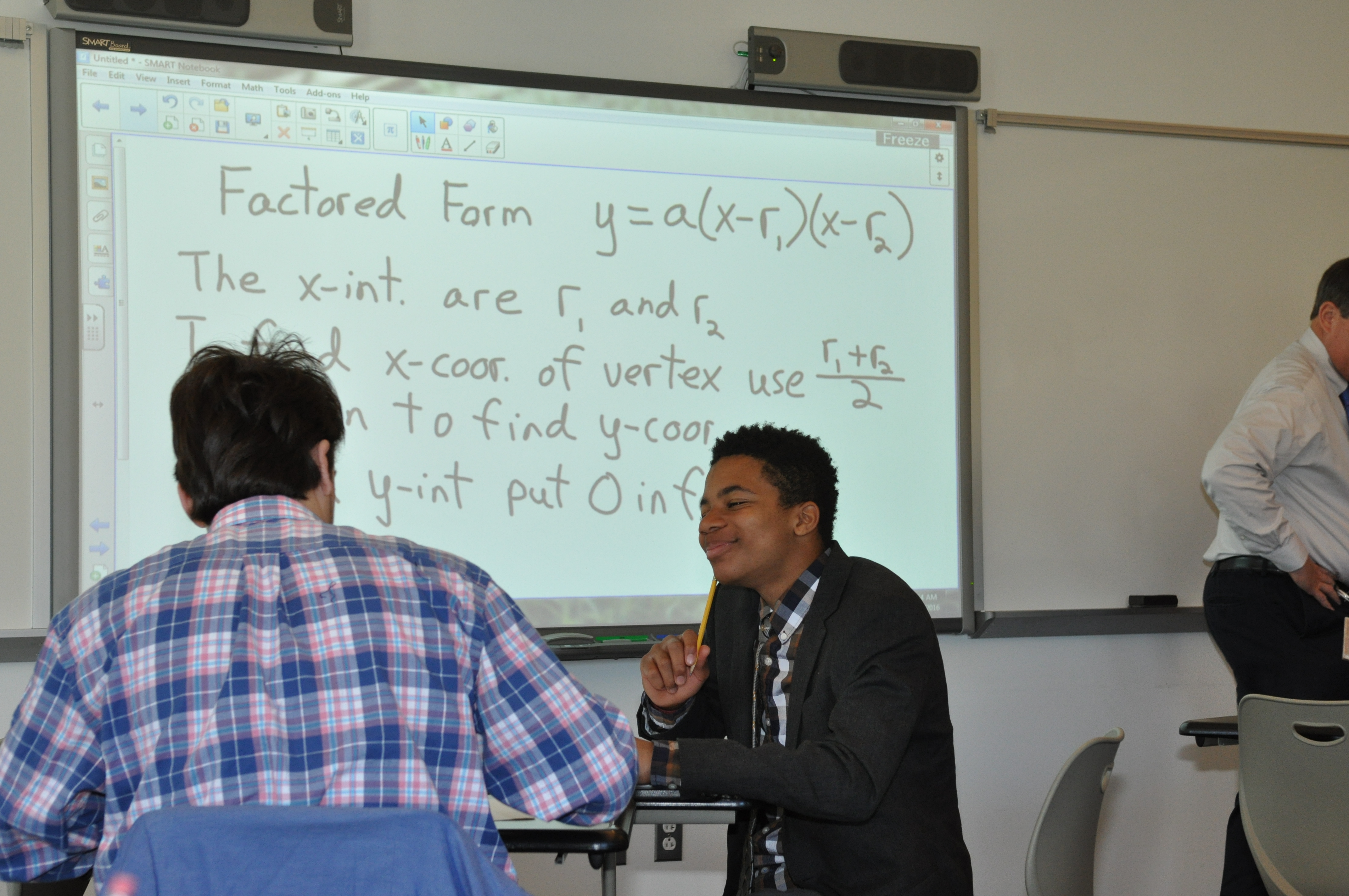 In Latin, seventh graders explored Roman food and dining in preparation for their "convivium" (banquet) on Rome's birthday. They examined authentic, ancient Roman recipes in translation from Apicius and discussed the ins and outs of an ancient dinner party.

Eighth grade history students began the Middle East unit, reflecting on the geographic, religious, linguistic, and ethnic diversity of the region. The boys discussed this diversity through journaling and image analysis. In eighth grade science, boys completed the Hubble Deep Field Academy, using images captured by the Hubble telescope to teach the process in which astronomers observe the visible universe.

From building bottle rockets in engineering, to working on stage combat, to discussing poetry by Vietnam War veteran Basil T. Paquet, the Upper School was buzzing with activity.

In Ancient World History, students explored the trade routes and development of cities along the Silk Road, including the Indian Ocean Maritime trade and Sub-Saharan African trade routes. In Advanced Physics, students were introduced to nuclear physics and radioactivity, starting with a review of nuclear decay (α, β, γ) and transmutation.