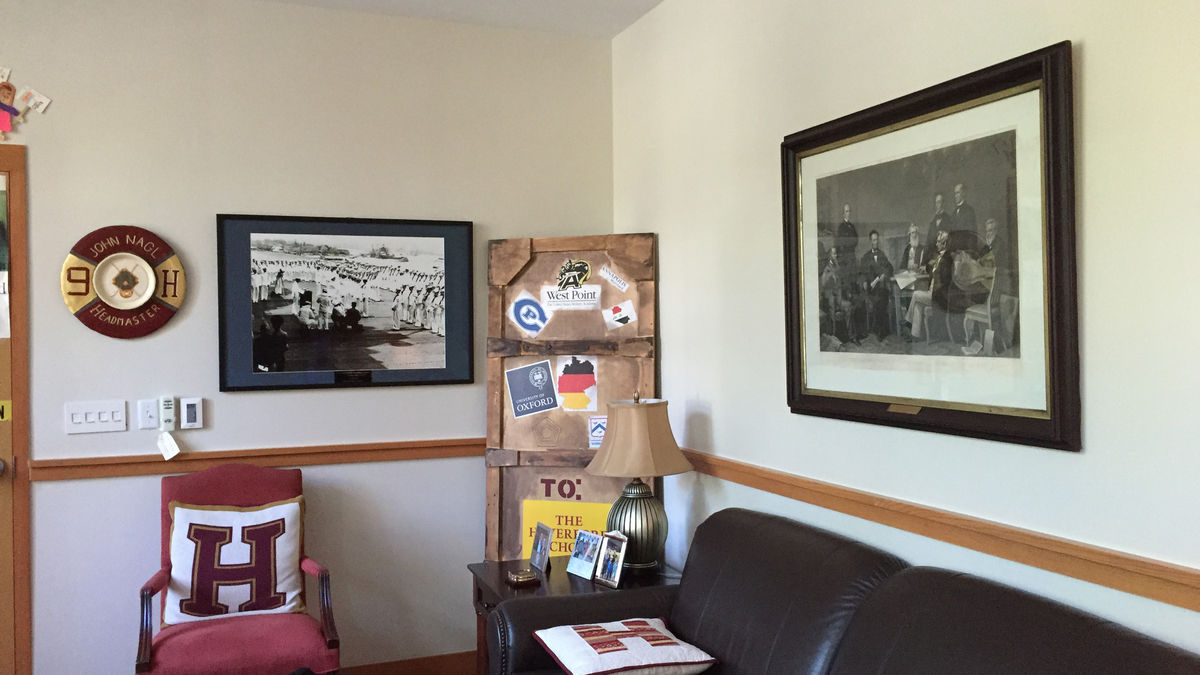 While the student body has been busy with summer reading and catching up with friends, Headmaster John Nagl began planning a character program. As a first step, he asked each member of the faculty and staff to read New York Times columnist David Brooks' The Road to Character.

When interviewed by The Index, Dr. Nagl highlighted one quotation from Brooks' introduction that sums up the book and also his plans this year: "We have a chance to take advantage of everyday occasions to build virtue in ourselves and be of service to the world.[...] Example is the best teacher. Moral improvement occurs most reliably when the heart is warmed, when we come into contact with people we admire and love and we consciously and unconsciously bend our lives to mimic theirs." Dr. Nagl hopes that by exposing the faculty to this book, the student body will similarly look to mimic the faculty in leading "a life that is humble and of public service."

Since its inception, Haverford has made character development one of its main goals. Dr. Nagl's efforts seek a more intentional development of character and citizenship than ever before. According to "Progress and the Path Forward," a report on Haverford's strategic vision, the school approaches building character and citizenship through "global education, service learning, leadership, community life, and health and wellness" that is "woven throughout a student's experience."

Dr. Nagl affirms that only through defining moments, or moments of discomfort when we are challenged and stretched, will we learn something about ourselves and about others. This simultaneous development of character and citizenship will hopefully help transform boys into young men with "the strength [...] to make a difference." During end-of-summer faculty meetings, small discussion groups considered how the faculty presently teaches character, and how that might be expanded.

From those meetings and the further consideration of the English I team, came the first step of the character initiative: an English I curriculum change.

Lord of The Flies and the Third Form personal narrative are here to stay, but they will now be taught through a different lens. The choices of Jack, Piggy, and Simon will be examined with a focus on ethics, morality, and character. As for the personal narrative, Third Formers will choose from new prompts like "What kind of man do you want to be?", forcing them to think about their understanding of their own character at the start of high school.

Before even discussing The Road to Character, Dr. Nagl pointed out a few pictures hanging in his office. The first depicted Abraham Lincoln reading the Emancipation Proclamation for the first time. The second was taken aboard a battleship in Pearl Harbor, showing Admiral Chester W. Nimitz awarding Dorie Miller a Navy Cross. The final picture showed Dr. Nagl's tank platoon in action in Iraq.

These pictures, Dr. Nagl explained, were all reflections of character. Abraham Lincoln, realizing the evils of slavery, showed his leadership and courage by standing up to tackle the issue head-on and eradicating slavery from the United States. Admiral Nimitz presented the Navy Cross, one of the highest honors in the Navy, to Dorie Miller, an African American cook that shot down a Japanese Zero in Pearl Harbor, saving his captain's life. African Americans at the time could only serve in the kitchens in the Navy. Nimitz, looking beyond the color of Dorie's skin, commended Dorie's courage and valor regardless, in the public eye. Finally, Dr. Nagl's service in the army in his tank platoon showed his citizenship and his responsibility of service to the country.

By modeling his everyday decisions on the character reflected in these three paintings, Dr. Nagl hopes to ultimately direct the school in a direction of a renewed vigor for character growth.