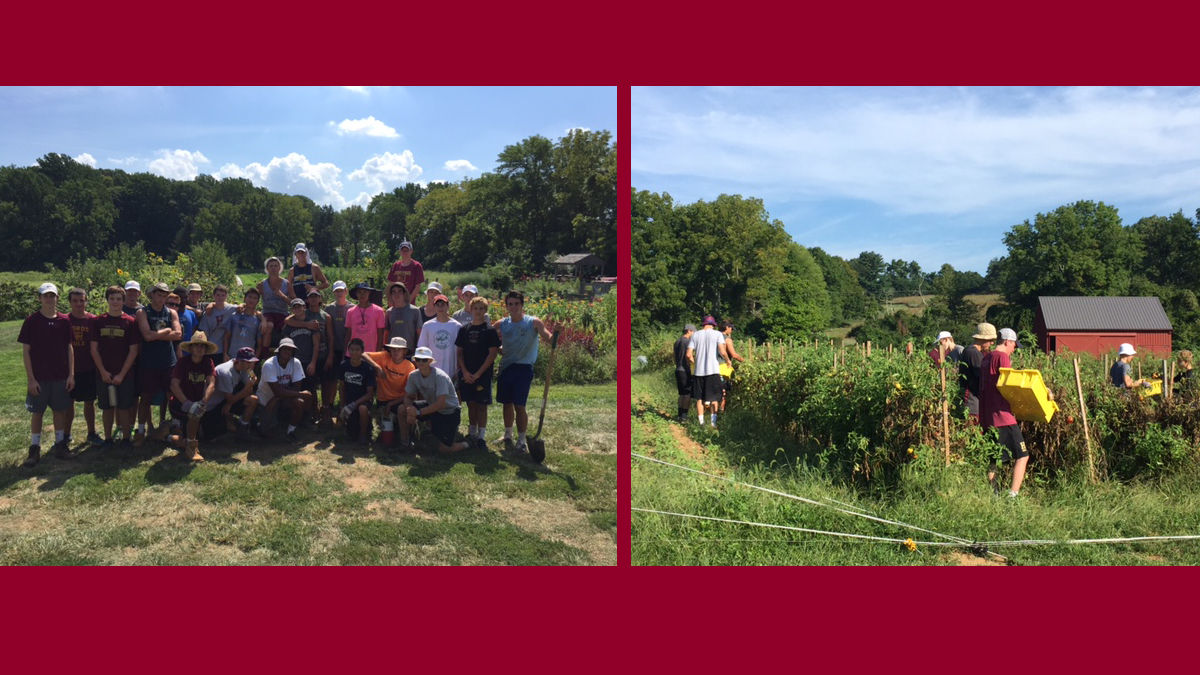 One of the best parts of rowing is the sense of camaraderie and brotherhood that all of the young men share with each other, both on and off the water. This past week, The Haverford School crew team worked hard off the water at Rushton Farm as a service project.

The Rushton Farm in Newtown Square donates approximately 3500 to 4000 pounds of food to the West Chester Food Cupboard each year. On August 31, the Haverford crew team harvested enough produce for a 600 pound donation, which shattered the record for the greatest amount donated in a single day.

Each season around the time the potatoes are being harvested, the first tomatoes are ready to be pulled and composted. Both jobs require a lot of work. In the case of the tomatoes, it involves gleaning the remaining tomatoes, cutting the trellis lines holding the tomatoes up, pulling the plants, and pulling the stakes. Pulling the stakes is particularly hard since they are pounded into soil that has grown progressively harder through the season to the point that it is like cement. The potatoes are slightly easier but involve pulling hundreds of pounds out of the ground to be crated and stored. The crew team also weeded the greenhouse (not easy in 90 degree heat) and harvested the remaining melons from the field (this was the choice job). Through it all coach Jon Stephanik led the team and in the end the 30+ crew members did what would have taken the Rushton Farm crew several days to complete. Fred de Long, Director of Farm Program, Rushton Farm

In addition to harvesting the crops, we also took out stakes, cleaned the greenhouse, and performed other tasks around the farm. The crew team completes this service project every year, forging a strong bond with Rushton Farm. The experiences that we share while rowing and serving others are the foundation for lifelong friendships. Crew is unique in that it gives participants a profound appreciation for nature and the environment, a passion that the Rushton Farm community, a model for sustainable agriculture, beautifully demonstrates.