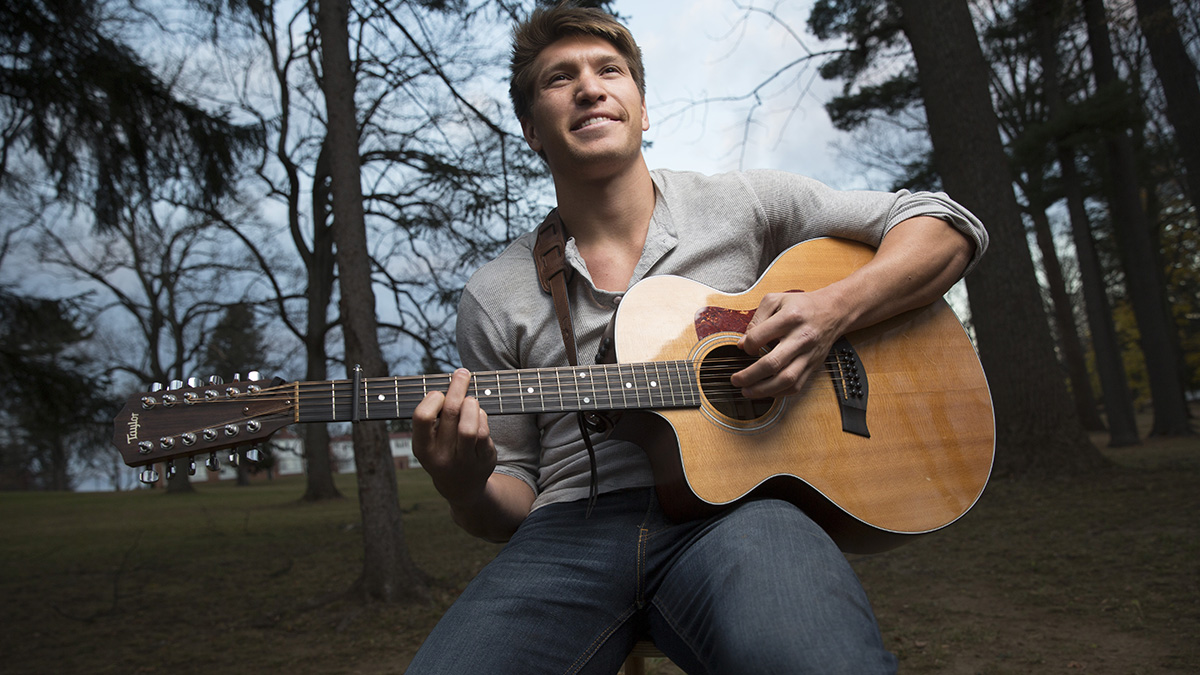 What teacher made an impression on you?

I was one of the lucky few who decided to take Chinese for four years at Haverford with the fiercely effective Lao Shi (Sonya Hsieh). She had a zero tolerance policy for slacking off, and I remember we would go into the classroom after school and write characters on grid sheets.

One day she surprised us when we thought that she would put us through a Chinese crucible of a class. Instead, she put on the movie Hero in Mandarin and told us to focus on thinking in Chinese as much as possible and doing a live translation in our heads. We were already in an intense student mindset, so a lot of us took the task to heart, honing in and paying attention.

To this day, I’m certain that she did it on purpose. By establishing the contrast between relentless learning and constructive relaxation, she cultivated a classroom culture and a lifestyle of learning the language rather than educating us traditionally. I still have my Chinese binder!

What do you do as Director of Operations for Brazyn Life?

Brazyn Life is the creator of the Morph, the only collapsible foam roller on the market right now. For the last year and a half, the company has just been former NFL player Nate Lawrie and myself on the management side of things (now expanded to a fearsome three). My role covers everything from managing the day-to-day (fulfillment, social media, customer solutions), to launching marketing campaigns, to managing wholesale accounts, to doing website development. The role is incredibly amorphous, but it’s exciting because of everything I’ve learned along the way. We’re on the frontlines of the company (and the rear echelon), so we’re the only ones accountable for what we do. Right now, we’re doing our best to scale our production and develop more innovative fitness and therapy products so that we can meet demand and start getting into more distribution channels.

Students should expose themselves to whatever they can. There’s so many things to do that it’s incredibly important to not isolate themselves to one activity, especially in an environment like Haverford where there are so many incredible resources, educators, and supporters.

How did you get to be on Shark Tank?

It was incredibly arduous. We had to do a series of auditions, create short films, and travel down to Los Angeles several times to work with producers.

Throughout the process, we learned a lot about our own business. We also learned a lot about what it takes to create just one episode of the show. Our show was shot in mid-June and aired in October. We were very lucky to have such an amazing experience, and I think it’s a testament to the strength of the product, our company, and the brand.

What lessons did you learn at Haverford that you carry with you?

My main takeaway from Haverford was how to be multifaceted. I learned to say yes to opportunities. At Haverford, I sang in the Notables, did theater, and ran track. Students should expose themselves to whatever they can. There’s so many things to do that it’s incredibly important to not isolate themselves to one activity, especially in an environment like Haverford where there are so many incredible resources, educators, and supporters. I’m still in touch with my core group of friends from Haverford. The things that stick with me the most are the relationships – they’re irreplaceable.

Tom Hopkins ‘10 is an Olympic hopeful track and field athlete, a professional singer-songwriter, and an entrepreneur working with Brazyn Life, a Santa Barbara-based fitness and physical therapy product startup. He and his business partner, Nate Lawrie, recently pitched their flagship product (The Morph Collapsible Foam Roller) on ABC’s Shark Tank. Hopkins has a Bachelor’s Degree in comparative politics from Princeton University.