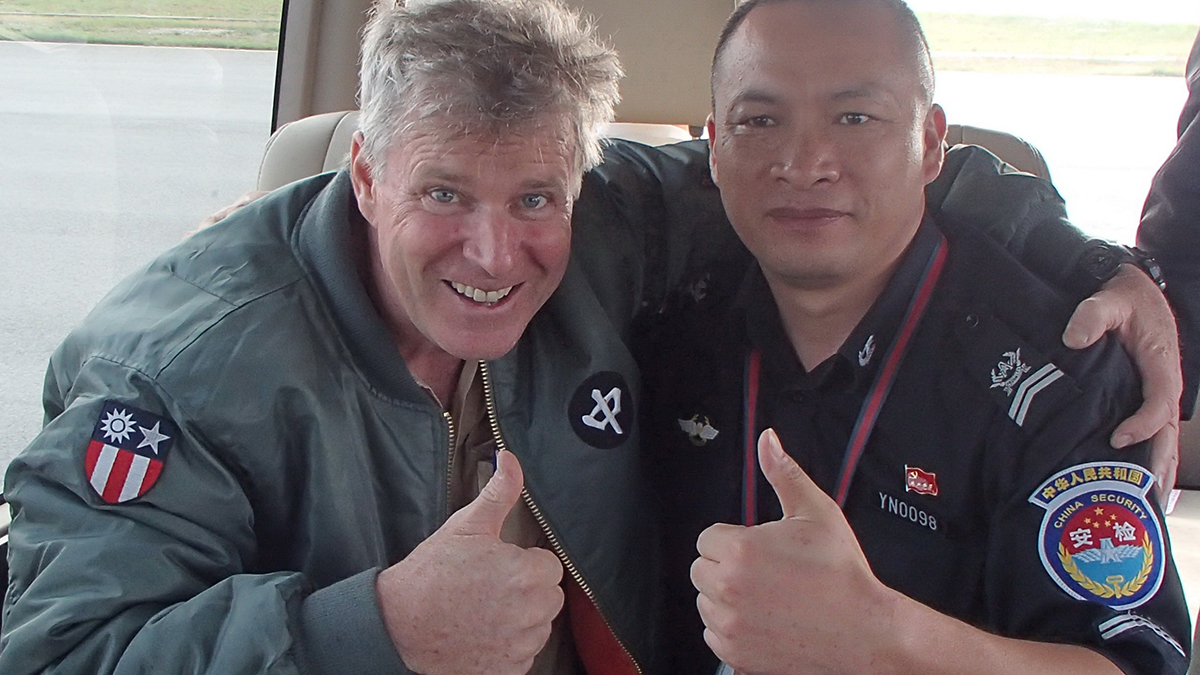 My grandmother was a pilot, and when I was little, I would spend most weekends working on her farm in Springhouse. She would tell stories of flying from Wings Field in her Waco-F Biplane powered by a Warner-Scarab engine. I was attracted to flying because of all the buttons and switches and dials. My friend Fred Piasecki and I started a Flying Club at Haverford. We were the only two members of our club, but each week, Fred would bring in old black and white films of his dad's helicopters flying around and we would sit there with our physics teacher and watch them together. I managed to get my flying license before I left for college.

The interesting thing for me about flying an aircraft is that there is a point where the science becomes an art. The Japanese poet Matsua Basho expressed it best to his students: "Learn the rules well, and then forget them." Rules protect you as you are learning something, but if you dance within the rules, you are only a technician. It is when you learn to dance outside the rules that you become an artist. This is true for flying, and I think for many other things in life.

2. What lessons from Haverford do you carry with you?

I will always remember one day in the 7th grade at Haverford, when we went to the Ryan Gymnasium to listen to Quentin Keynes, Charles Darwin's great-great grandson, talk about Africa. He showed us a film he had made on wildlife in Africa. That film made an impression on me, and in the back of my mind, I began to think that Africa was a place that I might want to go. Years later, I went to Africa on an IBM Thomas J. Watson Fellowship after college, and it was there that I started working for National Geographic on films. I started as a pilot on "Rhino War," and then as an associate producer on "Ivory Wars," and eventually I got to work on both sides of the camera in the documentary "Flight Over Africa." Haverford taught me two things. One is to have passion: whatever your interest is, pursue it with fire in your belly. The other is to be interested in all things, because you never know where that fork in the road will take you. My journey started that day in the Ryan Gymnasium. 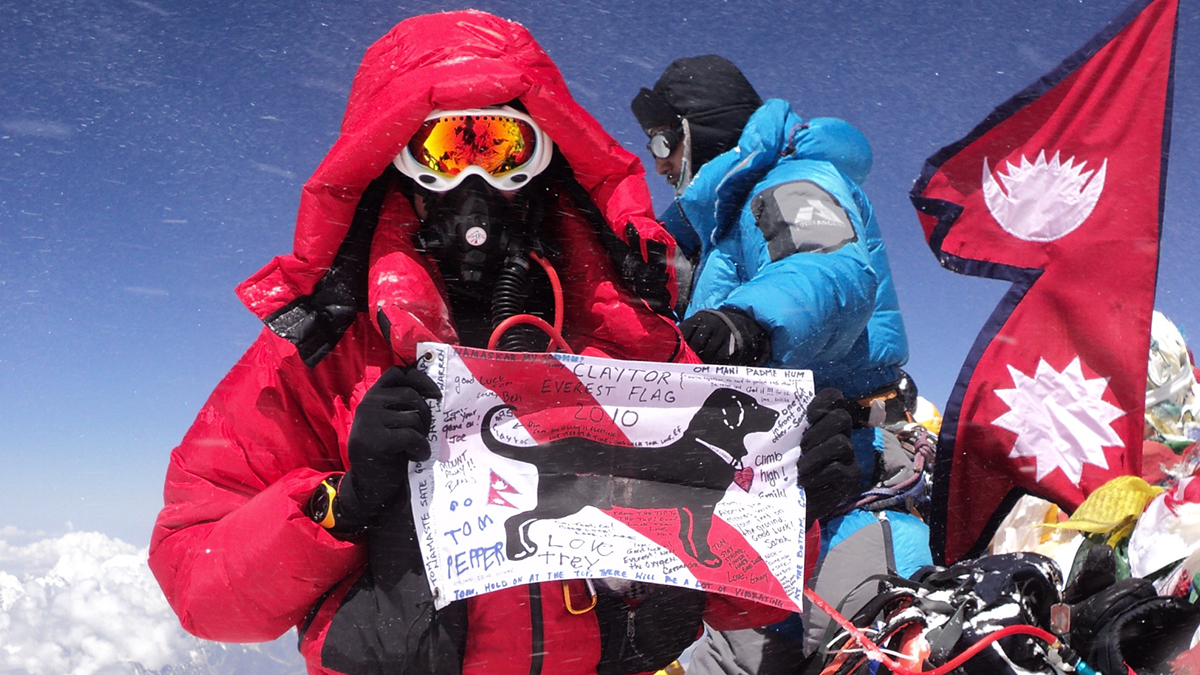 I started climbing at 9 p.m., and at 10 a.m. the following morning, I was standing on the summit, paying my respect to Chomolungma, the God of the mountain.

3. What have been your most memorable adventures?

When I decided to climb Mount Everest in 2010, I sought the advice of several people who I respected, including Indonesian Special Forces General Prabowo Subianto, who had been responsible for putting the first Southeast Asians on the summit of Everest. He told me: "When you climb that mountain, don't go to conquer it. Go to pay respect to it."

My whole time on Everest, I was not really thinking about the summit, but where I was right at that moment. When I reached 26,300 feet, the wind was blowing the tents almost flat to the ground and the wind chill was well below -40*C. I crawled in my tent and my friend Dorje Sherpa brought me a fresh bottle of oxygen. I asked him how many times I should recite the Buddhist compassion prayer "Om-ahung-bajaraguru-padme-sidi-hung." He told me 200 times; afterward, I fell asleep. I started climbing at 9 p.m., and at 10 a.m. the following morning, I was standing on the summit, paying my respect to Chomolungma, the God of the mountain. 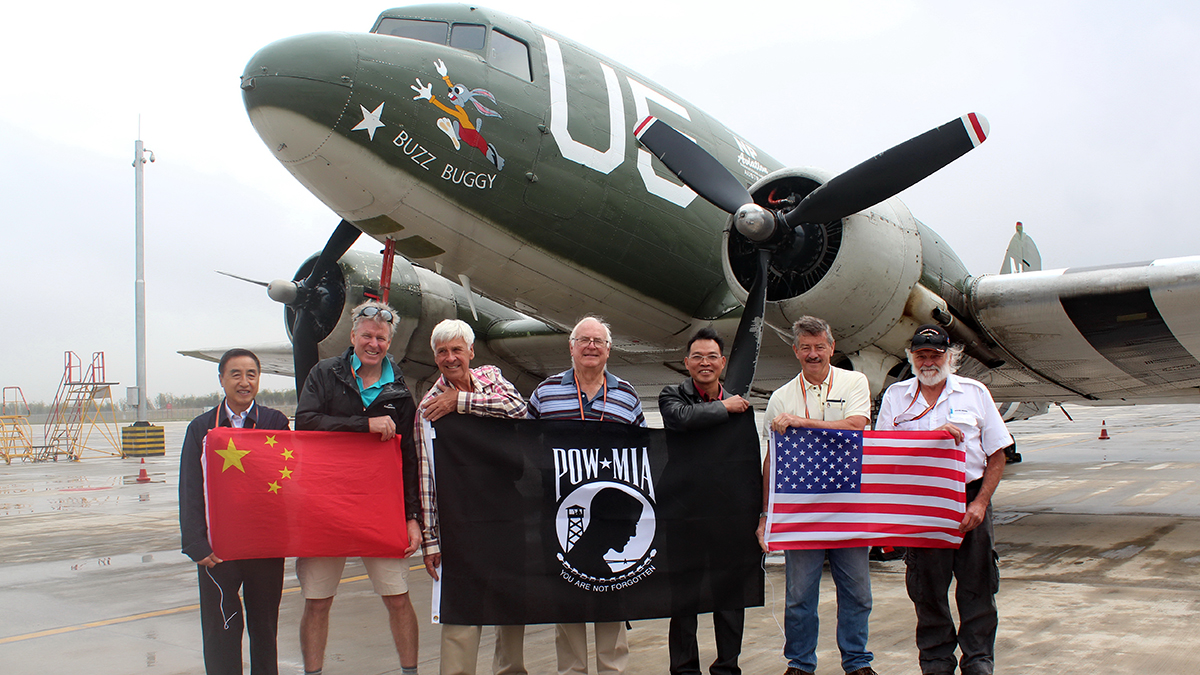 I felt a very special honor, realizing that the trip we had just completed could very well be the last time that any C47 would ever "Fly the Hump."

In August 2016, I helped fly a C47 "Skytrain" from Australia, up through Indonesia, Singapore, Malaysia, Thailand, Myanmar, and then "Over the Hump" across the Himalayas into China. During World War II, we lost more than 600 of these aircraft "Flying the Hump" to resupply the Flying Tigers based in Kunming, China. The C47 was a gift for the "Flying Tigers Historical Museum Park" in Guilin, China. I was one of four pilots and a mechanic. The plane was 72 years old with no autopilot and no GPS, and all of my co-pilots and the mechanic were older than the plane. We lost the left engine in Indonesia, and the right engine 15 minutes out of Kunming. One week turned into three months. I speak Indonesian, Thai, Burmese and some Chinese, so it was my job to maneuver our way through all of these complicated countries.

After we landed in Kunming with our right engine shut down, there were 500 people assembled on the ramp to greet us. We were escorted up to a large marble isosceles structure with an engraving in both Chinese and English: "This memorial is dedicated to the brave Americans and other nationalities that flew the hump in World War II to save the Chinese people." It was a very sobering place to be, and I felt a very special honor, realizing that the trip we had just completed could very well be the last time that any C47 would ever "Fly the Hump."

4. Can you talk about your foundation and what projects it supports?

A lot of people have helped me pursue my dreams. I think that in life, it is the things you give away that you take with you. In 2000, I started a small foundation called Timmissartok to help individuals with a project that involves travel, a personal passion, and a bit of risk. "Timmissartok" is a Greenlandic word that means "to fly like a bird." We support the kind of projects that probably no one else would support – someone who wants to ride a camel across a desert, row a boat across the Atlantic, or bike around the world. The more incredible the journey, the more we like it. We want to invest in individuals with big ideas. I have seen in life that there is nothing more empowering then when someone believes in you: it is like planting a seed and watching it grow.

Photos courtesy of Tom Claytor: After landing in Kunming, China; holding his flag at the summit of Mount Everest; holding the Chinese flag and posing with the group that flew "Over the Hump."