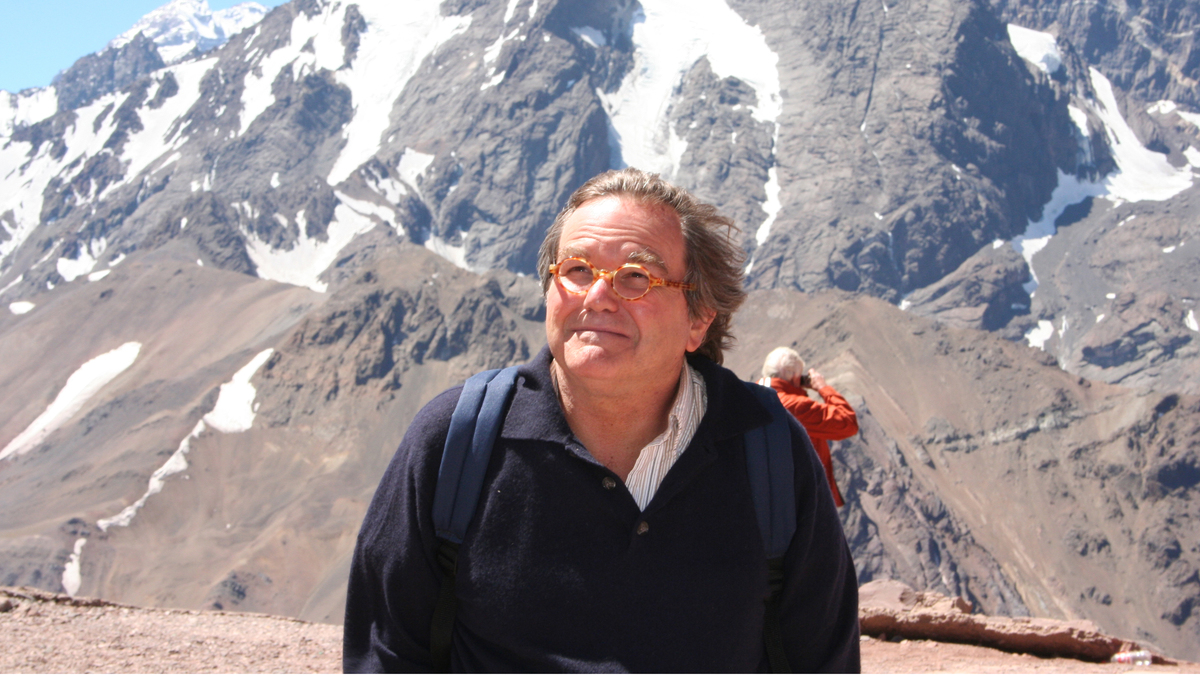 1. What life lessons did Haverford impart?

After graduating from Denison University with a degree in history, I went abroad as a Peace Corps volunteer in Punjab, India, then as legal assistant with the U.S. Army for two years in Germany, and finally 35 years employed in diverse business sectors in multinationals like General Electric Co. and Bosch and high-tech startups operating in Europe.

What role did Haverford play in all this? There certainly were influential factors: an appreciation gained in learning foreign languages (Chester Eddy's German classes) and an understanding of international politics (Don Brownlow's current events course).

Perhaps the most important lesson I took away from my Haverford experience was an enduring curiosity about the world around me, encouraged by numerous teachers during my 13 years as a "lifer."

I also learned competitive spirit and good sportsmanship through sports at Haverford. These qualities later served me well, for example, on the squash courts in Frankfurt, Germany, with those bankers and businessmen and even now in France during our weekly inter-club competitions and regional tournaments. Yes, it all started with those home and away matches of Charles Dethier's squash teams, our encounters with West Point plebes or Penn freshmen, the Inter-Ac duels, and those daily practice sessions with my classmates on the courts in the Haverford gym or at the Merion Cricket Club.

Knowing how European school systems operate – for example, in Germany and France (my adopted son attended the French school in Germany) – I can appreciate even more today how fortunate we were to have had a balance of rigorous academics and required sports at Haverford. I believe this gives us a competitive edge in overseas life.

Here in France, sports activities in public schools might be available outside the school but are not part of the school requirements. The same holds true for Germany's state-run system managed by civil servants. On the learning of language skills, Haverford's offer of foreign language courses seemed to be a strong selling point. However, during an alumni meeting in Europe, Dr. Cox explained that French and German are no longer available (the students' decision). Too bad!

Schools in Europe, too, follow the same trend as in the U.S.: Spanish and Chinese are replacing French and German. At least I benefited from my German courses at Haverford enough to continue working toward fluency by taking a junior year abroad in Vienna and enhancing my German knowledge during 32 weeks of intensive training with Defense Language Institute in Washington, D.C., prior to assignment in Heidelberg, Germany. There were times, while struggling to cope in business in other languages, that I regretted not having taken that introductory French course with Mr. Labeyrie or the Spanish option with Mr. Perez. 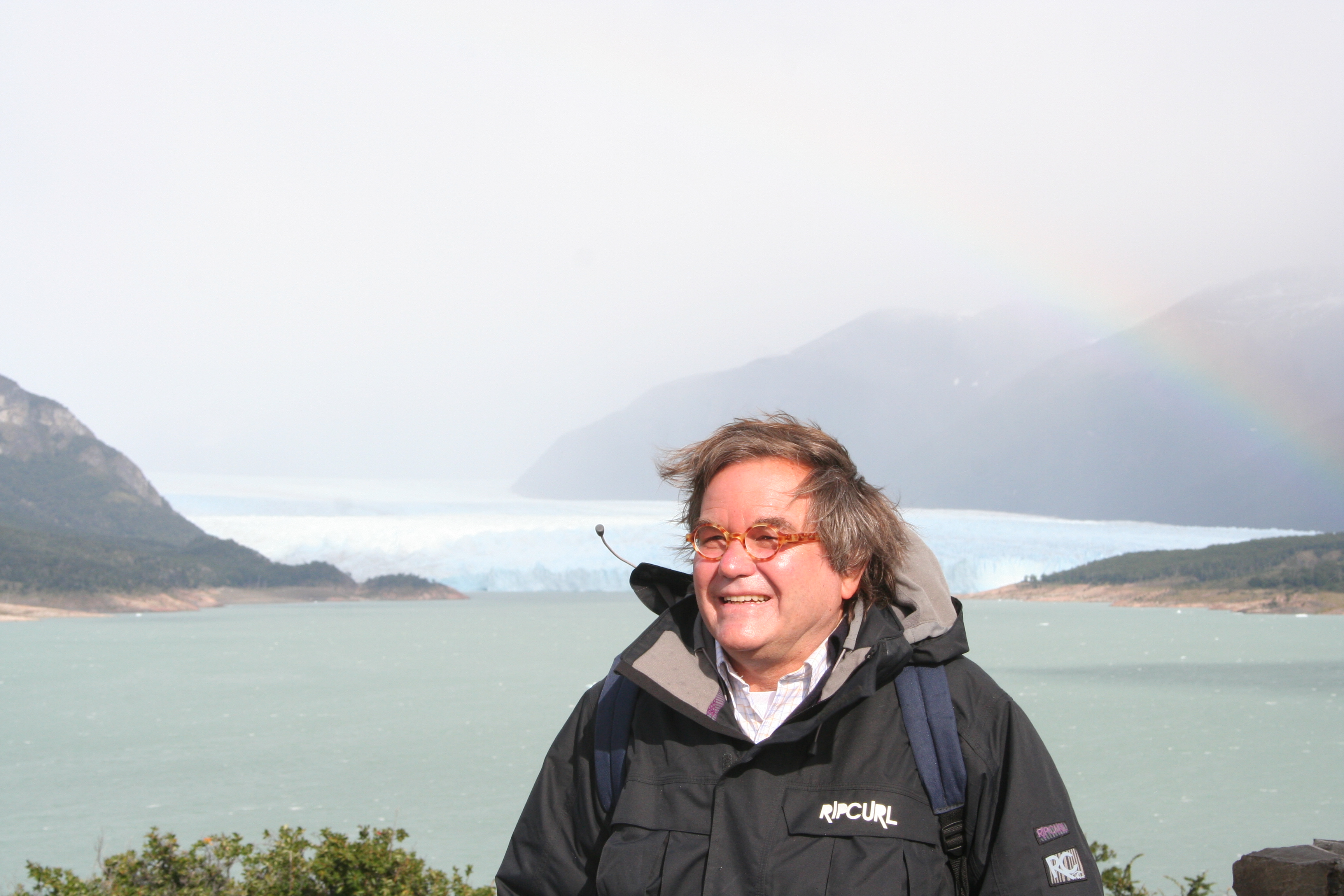 3. Why do you support Haverford?

In the past I have supported the School with modest contributions to The Haverford Fund. Then, several years ago, I included the School in my will; once I retired I took time to plan longer term how to dispose of assets and sought ways to give back to the School in a more meaningful way.

This year, with help from the Development Office, I created a global studies endowment fund "to support language immersion, student travel, student exchanges, and elective study."

The prerequisite is a major gift to the School to fund the intended activities. This is to honor my deceased wife, Monique Monceaux, who passed away 10 years ago. She was a skilled linguist and shared my interests in international understanding and world travel.

Sam Caldwell, senior director of gift planning, guided me through the paperwork and tax implications. A conference call with Dr. Nagl and Andrew Poolman, the Spanish teacher who oversees the School's international activities, were key to my decision.

4. Talk about your career in international business.

Thanks to the early influence of Haverford and an extended summer grand tour in Europe with my grandparents in 1965, as well as a semester abroad in Vienna during my college days, it became my dream to spend time living and traveling in Europe. As it turns out, I realized my wish more than I ever thought possible. I met my French wife, Monique, in Germany when I was employed with GE and she was working with the Bundesbank in Frankfurt. This was in 1978 just after I completed an MBA at INSEAD in Fontainebleau, a leading business school.

For the next 30 years I was based in Frankfurt – my wife and I adopted our son Daniel in 1993 in Medellin, Columbia, where I worked in international marketing, business development, and consulting for French, U.S., German, Austrian, and Irish firms. These activities required extensive travel within Europe, Asia, the U.S., and Africa. Some employers were American, like the small high-tech supplier of HW/SW solutions for manufacturing optical disc media (CD/DVD, recordable formats) located in Cushing, Oklahoma, near Tulsa.

My last challenge before retirement was exporting specialized woodworking gear from Normandy, close to the D-Day beaches, to clients in North Africa and Eastern Europe. The work-life balance was never easy with two or three weeks of foreign travel a month. I managed to visit cousins on the East Coast and my mother, being cared for in a specialized clinic for Alzheimer's patients on Hilton Head Island, South Carolina.

Last but not least, I did return to the Haverford campus to show my wife where I first learned German and played competitive sports.

Peter Clough '66 graduated from Denison University with a degree in history and earned an MBA at INSEAD in Fontainebleau, France. He joined the Peace Corps as a volunteer in India, served as legal assistant with the U.S. Army in Heidelberg, Germany, and spent the last 35 years of his career in multinationals like GE and Bosch and high-tech startups operating in Europe.