1. What first sparked your interest in sports journalism?

I have been fascinated by sports journalism since I could read. I remember that my brother, Andrew '81, and I had to take turns reading the sports section of the Philadelphia Inquirer during breakfast, and on his days, I would read it upside down in order to keep up with what was happening.

Haverford played a big role in my becoming a journalist. My first published article was in The Index when I was in Form I (seventh grade). The 12-year-old basketball team went undefeated, and I lobbied to get a piece in the paper about the team. Until that time, Middle School sports didn't get any attention from The Index. When I was in Form III (ninth grade), I started writing pieces about Haverford teams for the Main Line Times, and later contributed to the Suburban and Wayne Times.

It's important to mix everything together just about every day. As a freelance writer, I am responsible for finding work, as well as reporting and actually composing articles. I have to look at it as a business, with my "product" being a combination of the ideas I generate and the actual completion of projects. During the school year, I must also be grading papers, preparing for class, and communicating with students. As faculty adviser to Villanova's student newspaper, I'm making sure that the content is appropriate, and that the staff members are working to make the online and print products better each week. It makes for a fun combination, and the constant moving from article to article with my writing and from week to week at Villanova keeps things fresh. I tell my students that I always look forward to getting into the office (and classroom) every day, and I mean it.

3. What keeps you passionate about your work?

In the late 1980s, I read a book based on the PBS documentary about Joseph Campbell entitled The Power of Myth. In it, he said, "If you follow your bliss, doors will open for you that wouldn't have opened for anyone else." At the time, I was working for an advertising agency and wasn't too happy with my work. Within a year, I went out on my own as a writer, doing what I had always wanted to do.

I could be making more money doing something else, but I know I wouldn't be as happy and fulfilled as I am writing, broadcasting, and teaching. I have been doing this for almost 27 years, and I can honestly say that I still get excited about new and exciting article assignments, and I can't wait for each semester to start. I hope to maintain this level of passion and enthusiasm for many years to come.

4. What lessons from Haverford do you carry with you, still?

When I was at Haverford, the English Department instituted the "Death List," a list of forbidden grammatical errors, along with corresponding point deductions from the papers of those who committed them. Originally begun by Mr. George Miller as the "Sudden Death List", which brought automatic failure to those who had even one such offensive breech of the language, it was later softened but could still turn a relatively successful enterprise into a near-failing disappointment. One misstep on the list was the split infinitive. Years after my graduation from Haverford, I came upon an op-ed piece in The New York Times calling for an end to the consideration of the split infinitive as a grammatical crime. I clipped the piece and mailed it to former English Department head Mr. Ed Hallowell with a simple note: "I demand reparations!" Although he was cheered by the missive's spirit, he was intractable. "Absolutely not!" was his reply. To this day, I deduct points from my Villanova students who commit the transgression.

The Haverford environment is so conducive to personal improvement, and even though I had plenty of moments where I didn't exactly maximize my potential, being around so many talented people forced me to learn what it took to compete. I missed just two days during high school (and one was for a college visit), not because I had an iron constitution or anything, but because I enjoyed being in the fray. The writing instruction I received from people like Bob Jameson prepared me for my current job more than the lessons from my college professors. The foundation from Haverford remains a huge part of anything I do well today. (And you can't beat the stories of antics from members of the legendary Class of 1979!) 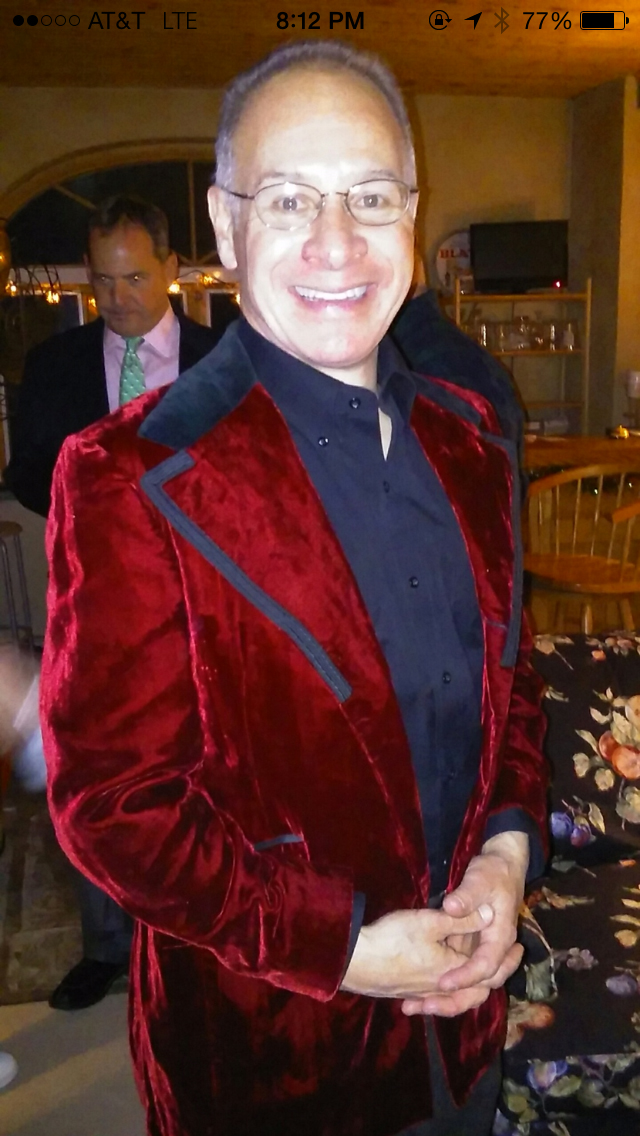 Michael Bradley '79 is an instructor in the Department of Communication at Villanova University. A former newspaper reporter, Bradley is at home discussing sports and the future of sports journalism. He writes for several national publications and websites and is a host on 97.5 FM The Fanatic, Philadelphia's sports radio station. Bradley also contributes to a variety of radio stations around the country and can be seen quasi-regularly on Fox29's "Good Day" program, although it is advised not to view his appearances in HD. Bradley earned a B.A. from the University of Michigan and a M.A. from Villanova.
Powered by Finalsite