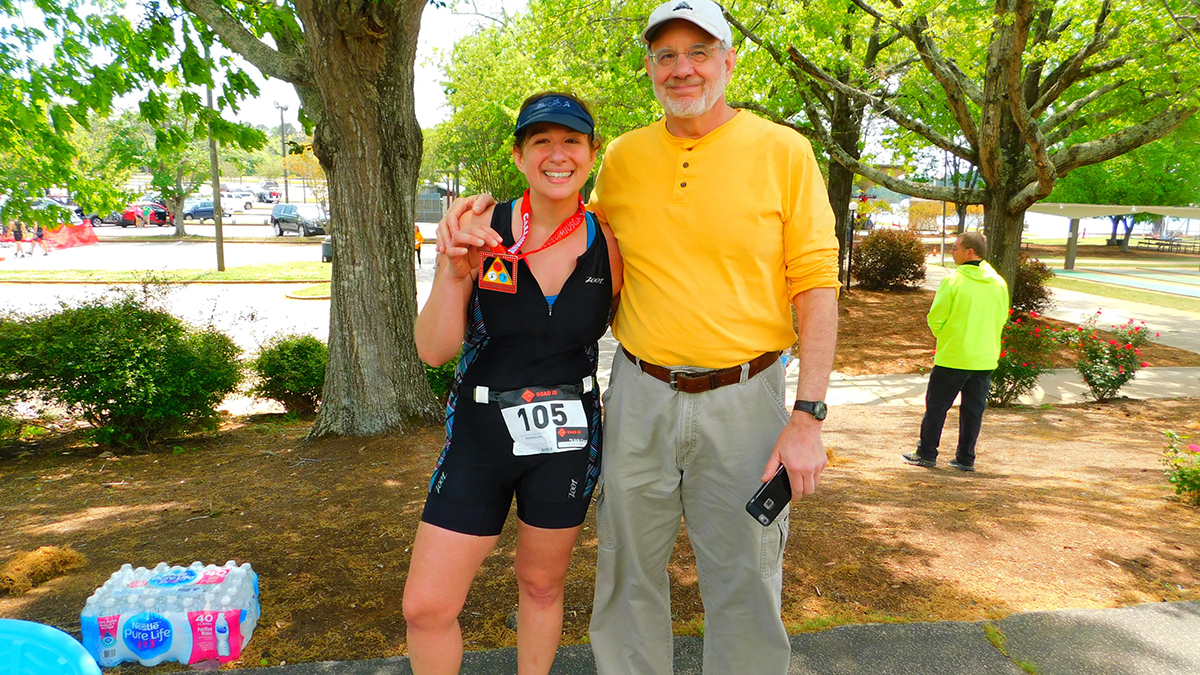 Can you recount a memorable Haverford experience?

My most memorable experience at Haverford was working on my independent project in my senior year. I studied the student movements in the 1960s for civil rights and against the Vietnam War. I had the freedom to delve deeply into the politics of the 1960s, interview local activists, and do quite a bit of reading on the subject. I was encouraged in my work by Mr. Brownlow. The project encouraged me to pursue work as an advocate for environmental justice and social justice. After I graduated from Haverford, I first became involved in science issues as an organizer and community activist, and later decided to enter school for public health to become a scientist. I never lost track of the importance of community involvement and I still consider advocacy as my life’s work.

Can you talk about your work as a senior epidemiologist?

I am working on a study of cancer incidence among the Marines, Navy personnel, and civilian workers at Camp Lejeune in North Carolina, a base which had highly contaminated drinking water (trichloroethylene, a solvent degreaser and tetrachloroethylene, used in dry cleaning) from at least the early 1950s through 1985. Between 500,000 and 1 million people at the base were likely exposed during this period.

Previously I conducted a mortality study of these populations using what is called the “national death index,” which contains information on all deaths occurring in the US since 1979. Unfortunately there is no national registry for cancer incidence. Although mortality studies are important to conduct, many who have developed a cancer die of something else (e.g., car accidents), so their death certificates do not mention that they had a cancer. It is important to evaluate cancer incidence.

I have been leading the research at Camp Lejeune for over a decade. Currently I am conducting a data linkage study -- I use personnel data on each individual and link this data with data from the cancer registries to identify matches. I then link the individual’s cancer information (if the person had a cancer) with information on the person’s exposures at Camp Lejeune. A data linkage study using most of the cancer registries has not been done before in the U.S. I am hoping that this study encourages Congress to authorize the creation of a national cancer registry.

The need to study diligently and do my own research were important lessons from my years at Haverford. Also, challenging “orthodoxy,” or in other words, not just accepting theories, ideas, or facts, but instead maintaining a critical, reflective approach – that was an important lesson that have served me well in my career and in my life in general.

What is the most rewarding part of your work?

A key aspect of my work at Camp Lejeune has been interacting closely with representatives of the affected (exposed) population, including retired Marines stationed at the base and their dependents who lived at the base. The studies at Camp Lejeune could not have been conducted without their help. Getting appreciation from those who were exposed at Camp Lejeune for the work I have done has been the most rewarding part of my job.

In 2014, I received the David Ozonoff Unsung Hero Award for this work, which was rewarding to me because it recognized not only my scientific work but also my close involvement with the affected community. I prize this award above any other because to me, it means that my work has been relevant and useful in responding to the questions, concerns and needs of the affected population at Camp Lejeune.

What lessons from Haverford have served you well in your career?

The need to study diligently and do my own research were important lessons from my years at Haverford. Also, challenging “orthodoxy,” or in other words, not just accepting theories, ideas, or facts, but instead maintaining a critical, reflective approach – that was an important lesson that have served me well in my career and in my life in general. I would encourage students to think for themselves, to be critical, and to not necessarily accept what is taught without reflecting on it first. Students should try to find time to be active in their communities, and bring these experiences into the classroom.