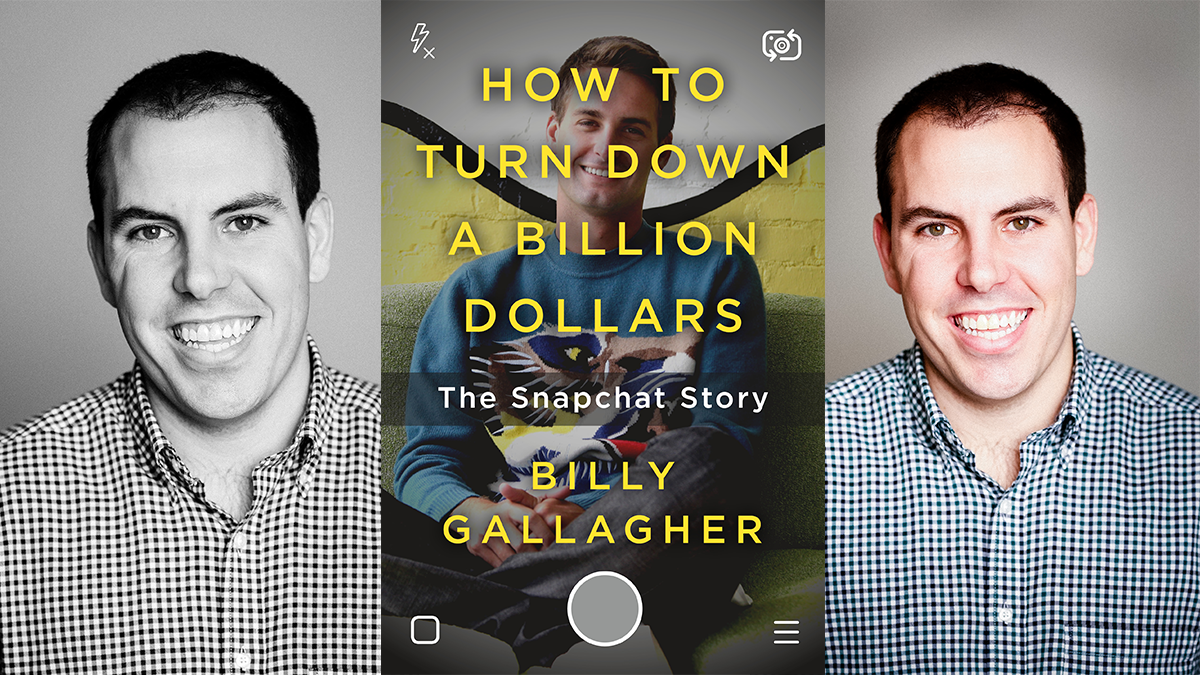 1. What did you carry away with you from Haverford?
I think the biggest thing I took away from Haverford was the lifelong friends. I was just best man in a friend's wedding and all the groomsmen were from Haverford as well. We all met in kindergarten.

I was also prepared enormously well academically. The Haverford School gives you a mindset and a toolbox that you can apply to anything. I would say the faculty member who impacted me the most was Mr. Duffany in fifth grade English. Learning to write well and form my own thoughts at such an early age was enormously important. I think he has had the biggest impact on my writing career out of anyone.

2. What first sparked your interest in Snap and why did you decide to write a book about it?
I was at Stanford the same time as Snap CEO Evan Spiegel. He was Class of 2012, I was Class of 2014, and we were in the same fraternity. I started writing for TechCrunch the spring of my sophomore year and my very first article was interviewing Evan. I covered Evan’s company, then called Snapchat, for two years. I thought there was a fascinating narrative arc and an interesting drama in all the wild adventures that the company went through, from being an idea that nobody used, to being able to reject Facebook’s offers twice. It’s interesting to me how Snap resonates so much with its user base but it is not really understood by people in the media. I thought it would make a good book and I knew I could do it justice. I hope my book, How to Turn Down a Billon Dollars: The Snapchat Story, allows people to understand the social media landscape better and how it allowed a platform such as Snap to thrive.

I would say the faculty member who impacted me the most was Mr. Duffany in fifth grade English. Learning to write well and form my own thoughts at such an early age was enormously important. I think he has had the biggest impact on my writing career out of anyone.

3. Do you have any insight into the future of how people will continue to use social media?
I think we’re at a super interesting point right now in the development of social media. There is now academic research looking at things like what is the effect of seeing the best part of peoples’ lives every day, and what is the psychological effect of sharing all that information as well? It will be interesting to see how Snap and Facebook inform the landscape since they operate so differently – the content on Snap isn’t seen to be as “permanent.” Is Facebook going to continue to own all the most successful platforms, and will the new dynamic be that new companies have to pitch to them or just get crushed by their competition?

4. How do you think students can make the most of their Haverford education?
I think like most things, you get out of your experience what you put into it. I would tell students to focus on academics because they learn things that are the building blocks for the rest of their lives. But building friendships and being present for the people around you is very important too. The more they invest, the more they’re going to get out of the School and their experiences, and that’s true not just while they’re at Haverford, but for a long time afterward.

Billy Gallagher is an MBA candidate at Stanford's Graduate School of Business. Previously, he was a member of the investment team at Khosla Ventures and a writer at TechCrunch, which he joined as a Stanford sophomore, writing a profile of a popular startup on campus: Snapchat.