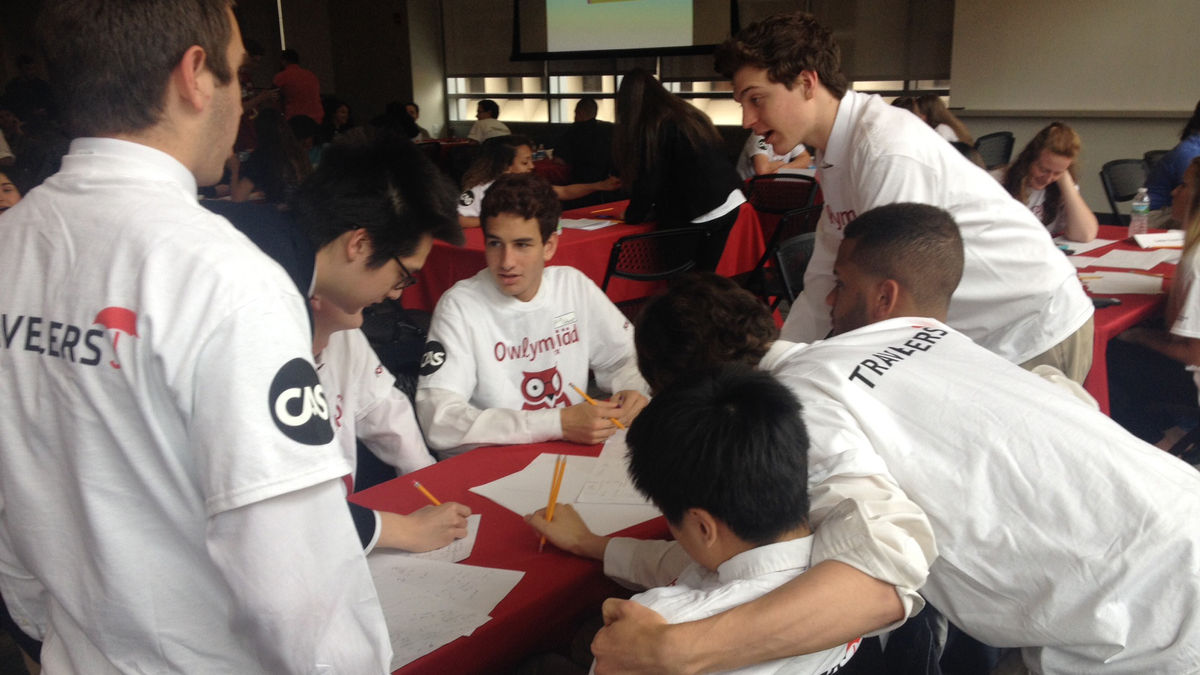 Once on campus, The Haverford School students divided themselves into two teams, making sure there was an equal balance of skill on both.

The first round of the competition began. Although the room was filled with more than 150 students, it was completely silent. All teams were focusing on the multiple-choice test that lay before them. Around the room, an observer could see the division of work occurring, the silent communication, and the brains of all the students in motion. Then the event leader said: "Time's up," bringing a sense of either relief or disappointment. The Haverford School teams approached the test in different ways: One team divided the work among pairs of two while the other divided the work so that each question was done individually. Both teams, however, shared the belief that they had done very well in the first round.

After lunch, all the competitors settled down to begin round two. Some were more excited than others as this round involved a game that required fast calculating and quick reactions. It was the "24" game, where team members are given four numbers and using math operations, they must arrive at the number 24. Haverford Team One's score of 14 points slightly edged out Team Two's score of 13 points.

After a brief celebration, both teams turned their attention to the third and final round – a team quiz bowl. Questions were read aloud and teams had about 3 minutes to answer them. Working as fast and as accurately as possible, neither Haverford team felt that they had missed more than two of the 10 questions, and both anxiously anticipated the final results.

The director announced, "For third place there was a tie, but both teams are from the same school: Haverford Team One and Team Two!" Disbelief quickly came to the members of the teams but then they joined together to celebrate their results. 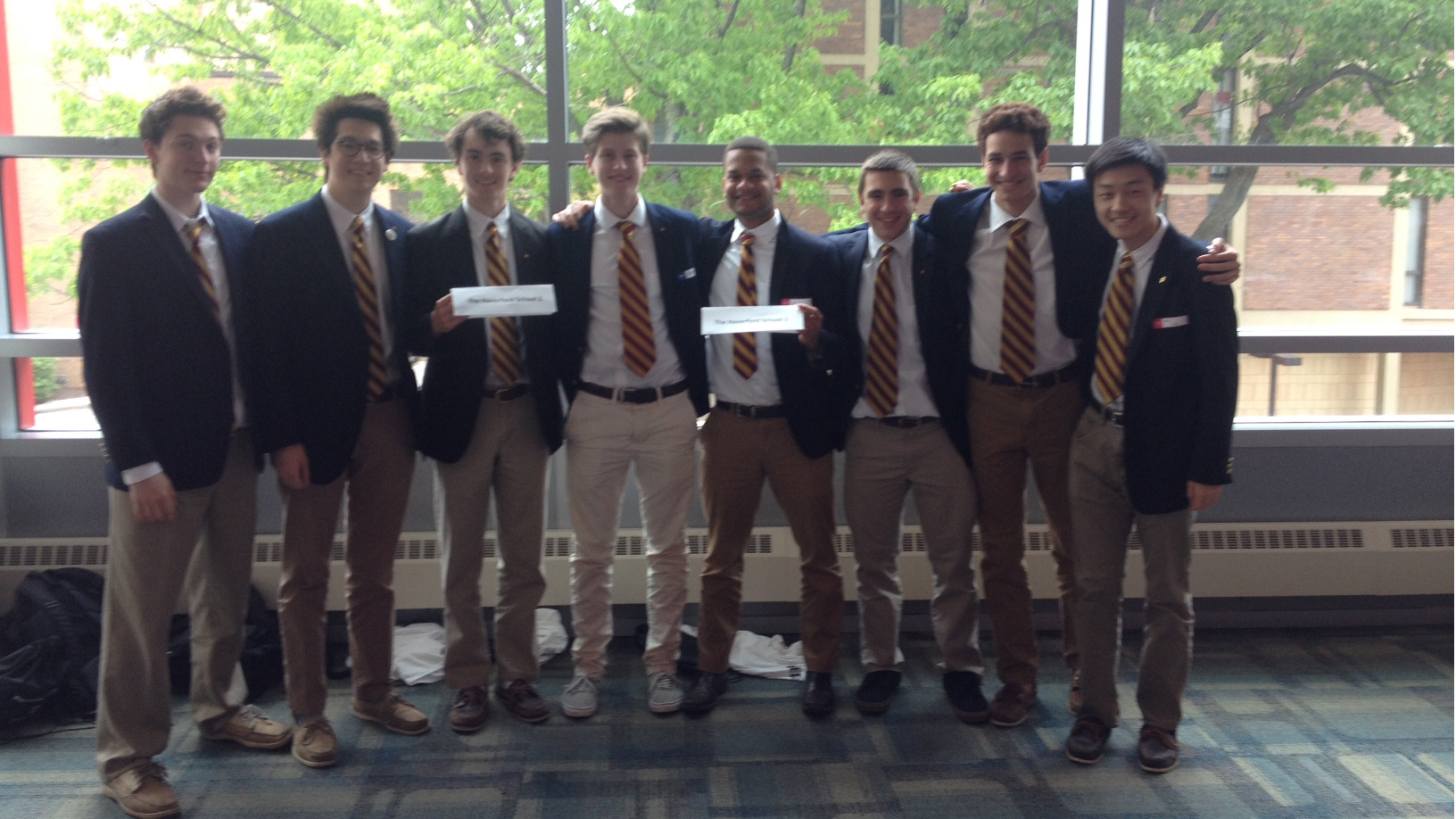 Over 50 teams were present that day, and even though it was Haverford's first competition, both teams were able to finish in the top five. The team members celebrated and smiled as Upper School math teacher Mr. Walters took a picture. Five hours after the competition had started, the Haverford brothers now stood together with a third-place tie and the memory of an exhilarating competition.