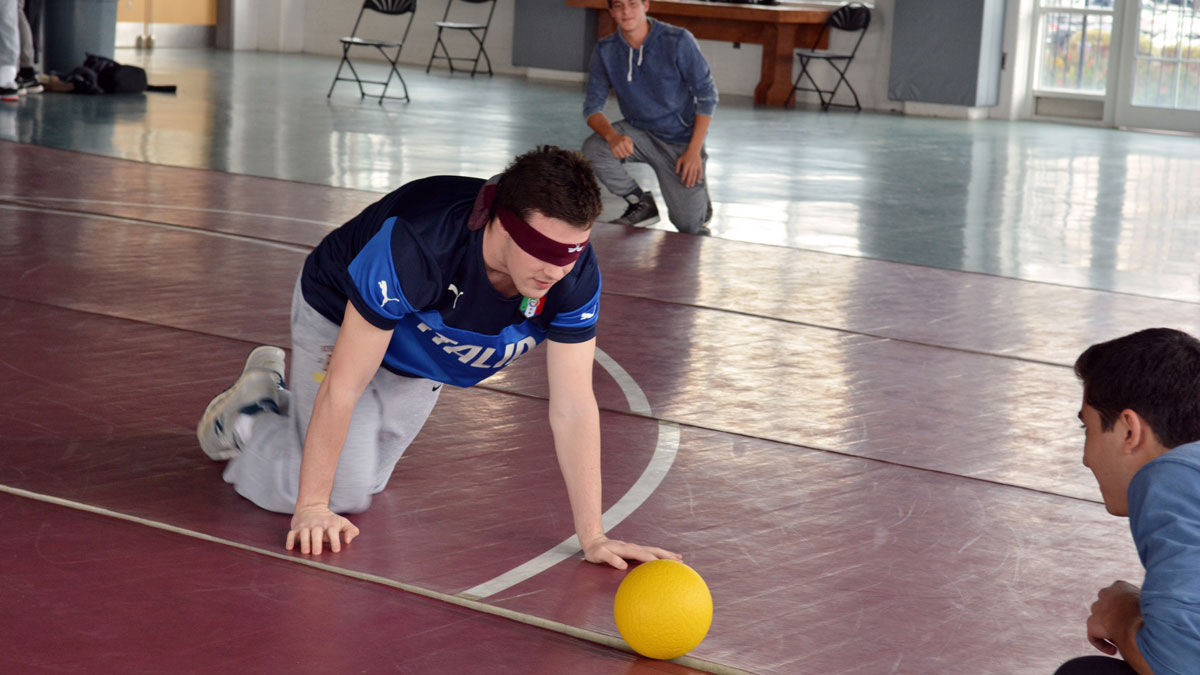 I kicked off the day by sharing Marge Piercy's poem "To Be of Use," using it as a backdrop to consider the questions, "What are the qualities and behaviors of a person of strong character?" and "What are the qualities and behaviors of a good citizen?" I then introduced a conceptual model that identified several arenas the boys inhabit and are responsible to: My Self, My School, My Community, My Country, and My World, suggesting that character is forged as a young man journeys back and forth among those these circles, developing dynamic and mutually beneficial relationships with each. Our chief goal is to graduate young men who are self-aware and socially reflective.

Watch this video recap of the day, done by III Former Intel Chen.

Character and Citizenship Day 2015 from The Haverford School on Vimeo.

From there the boys broke out into smaller groups for hands-on activities co-organized by Director of Service Learning Ms. Loos, Global Studies Coordinator Mr. Poolman, Director of Community Mr. Evans, and Leadership Coordinator Mr. Brady, each of whom develops character in our boys by creating the conditions and opportunities in which he experiences defining moments, moments of discomfort in which he is challenged and stretched, moments when he learns something about himself and about others.

Then the boys cleared and prepared a raspberry patch, created paths with woodchips, and closed out garden beds for the winter. The trips gave them a sense of working collaboratively with partners in our community and a hands-on experience of doing environmental work to provide fresh produce for 650 families in the area for the entire growing season.

With Ms. Loos, putting into action the school-wide service theme of Environmental Responsibility and Sustainability, the Third Formers volunteered at two environmental locations nearby. Haverford Reserve provides a community center, walking trails, a water studies program, and a playground accessible for children with disabilities. The boys did trail work and planted native trees at this location. Skunk Hollow Community Gardens is a CSA (Community Supported Agriculture) program in Radnor. There the boys cleared and prepared a raspberry patch, created paths with woodchips, and closed out garden beds for the winter. The trips gave them a sense of working collaboratively with partners in our community and a hands-on experience of doing environmental work to provide fresh produce for 650 families in the area for the entire growing season.

Global Studies Coordinator Mr. Poolman created a fictitious island in the middle of the Mediterranean called "Drofrevah" and he asked the boys to imagine themselves as citizens of this newly formed piece of land. In small groups the students were asked to represent the various ministries of this island nation (Ministry of Education, Ministry of Health, Ministry of Immigration, etc.) and more specifically how the current movement of people from the Middle East into Europe might impact their island of "Drofrevah."

In the second Global Studies activity, the students used Skype to video-conference with other high school students from Peru, Ecuador, Spain, and Denmark. The students discussed their schools and their communities and later shared their perspectives on immigration and migration, and on environmental responsibility.

With Mr. Evans, the boys participated in a diversity awareness activity called "Stand in Silence." When people hear the word diversity, their first thought is usually about race. While that is a component of diversity, there are many other components that help create a truly diverse learning community. There was a statement read and the students were asked to stand if the statement was true for them. The goal of the activity was for our students to acknowledge differences, embrace differences, and break down stereotypes.

With Mr. Brady, the boys took part in some interactive games centered on teamwork, communication and problem solving skills. The students were placed in teams and one boy from each team was blindfolded and charged with finding a ball with only the direction of his teammates. Each round a new challenge was put in place such as the team could only communicate in Spanish or without the use of words at all. After each round the team reflected on what worked, what they could improve on and specifically how to adapt to situations that are uncomfortable. Finally, they concluded by discussing the difficulties of communicating in a group with many strong personalities and how be available to new ideas.

The next day, we returned to the important business of learning the content and skills the boys will need to be successful in the future. But our belief is that thanks to this program and to the many other character building programs at Haverford, our boys are a little more thoughtful about why they learn what they learn and are better equipped to make a difference.