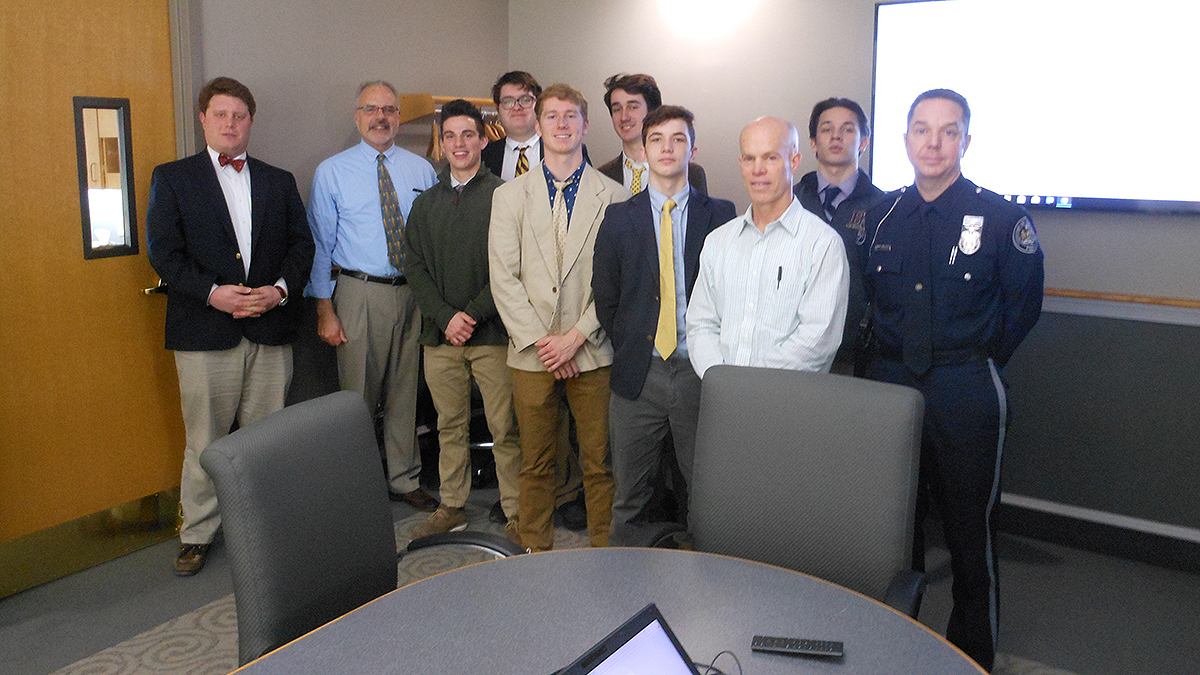 Although the content changes based on the news of the day, one of the evergreen themes that I try to teach in my VI Form Government and Politics elective is the importance of active citizenship. It may be a truism that democracies are only as healthy as the willingness of the people to engage with their elected officials, but too often, civics courses focus on learning about the formal structures of government – checks and balances, formal and informal powers of the branches, and the role of the media – at the expense of getting to practice the actions that characterize energetic and invested citizens. I want my students to commit their time in the Government and Politics class to solving problems that they identify in their communities.

This fall, after studying real-world government briefing packets from various interest groups, the boys broke off into teams and began investigating problems. Their reports ranged from national concerns, such as reforming our criminal justice system and eliminating the speed limit, to local issues, such as changing the way that Philadelphia public school students learn about nutrition. Each group of students then presented their research to parents and friends in Ball Auditorium before submitting their reports to elected officials.

New this year, two groups who focused on local traffic problems were invited by Lower Merion Township Commissioner Scott Zelov (P’17 ’21) to present at the township offices. In the boardroom, students Michael Clymer, Peter Miller, Jackson Spahr, and Grey Rumain argued that installing speed bumps on Grays Lane would cut down on dangerous speeding and unsafe driving on a busy road. Students Nico Tellez, Spencer Davis, and Scott Marshall then proposed solutions to the group regarding the dangerous intersection of Haverford Station Road and Lancaster Avenue. 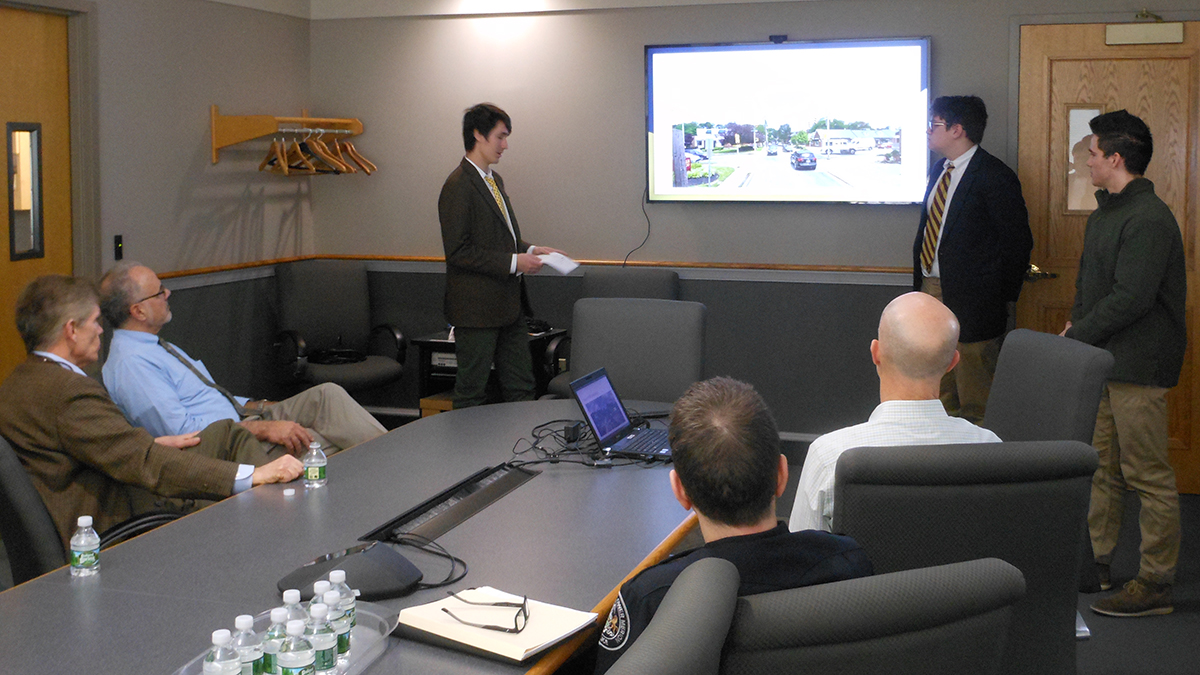 Through careful practice and real-world application, students can come to see themselves as thoughtful, engaged citizens whose thoughts and ideas matter and whose attention to the political process is an important part of being prepared for life.

Both groups presented their reports to Commissioner Zelov, Township Manager Ernie McNeely, Assistant Town Manager Robert Duncan, and Traffic Safety Officer Michael Sullivan. Following the presentations, the groups discussed their ideas with the officials in more depth. VI Former Nico Tellez said that it was exciting to present to people who could make a difference: “This experience gave the project more meaning and made it more real. Sometimes school can feel disconnected from the outside world; this presentation felt more concrete and could actually result in some changes.”

Beginning studies in any new field can be daunting. An introduction to political science, with its warren of formal structures and unwritten norms, can often leave students who expected government to function along the lines of The West Wing or Mr. Smith Goes to Washington bewildered. But through careful practice and real-world application, students can come to see themselves as thoughtful, engaged citizens whose thoughts and ideas matter and whose attention to the political process is an important part of being prepared for life.

Tim Lengel ’07 graduated from Williams College and is working on his master’s degree at the University of Pennsylvania. He has taught at The Haverford School for three years. He teaches U.S. Government, U.S. History, and The History of the Modern Middle East, and coaches cross-country.