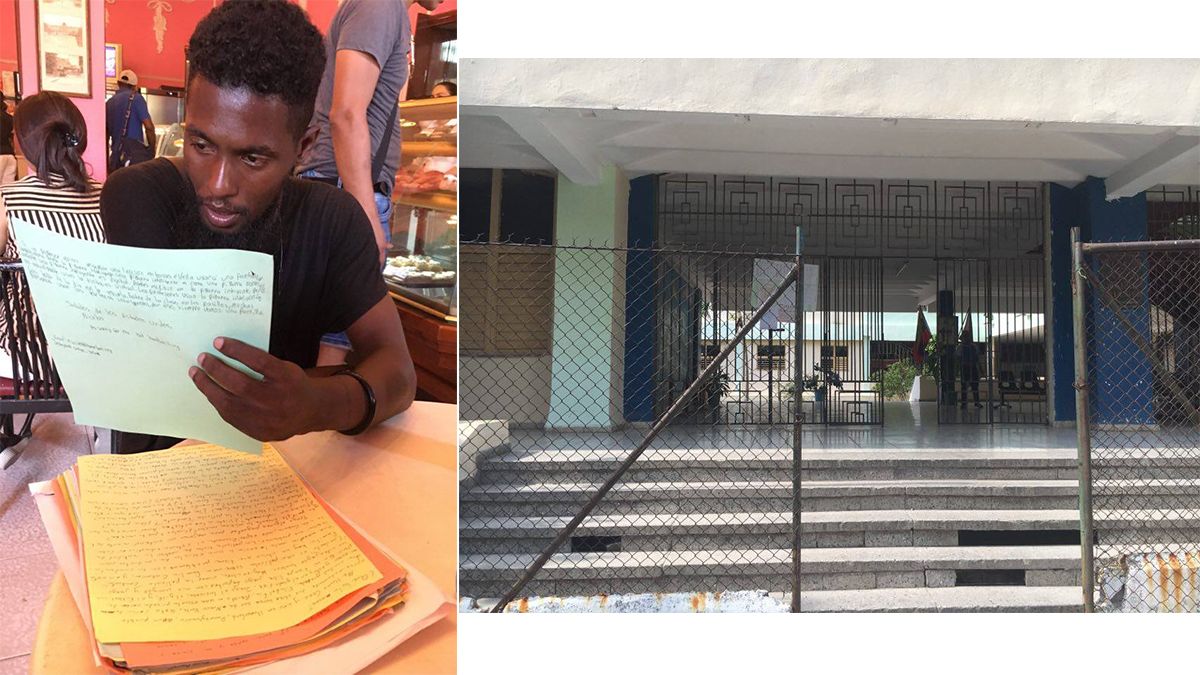 At the end of last year, I worked with students in my Spanish III class to start an exchange with a high school in Cuba, where I would be traveling that summer. We discussed the various barriers that could make it difficult to connect with the students, including the recent opening up of the mail system between our two countries, the atmosphere of censorship many Cuban citizens continue to experience, and the lack of technology and infrastructure that makes staying in contact challenging. Nonetheless, my students were motivated to try. They had already experienced the benefits of cultural exchange through a pen pal project with a high school in Toledo, Spain. They also understood the historical significance of connecting with their Cuban peers in 2016. So at the end of a very busy year, we gave it a shot.

Once I arrived in Havana, Cuba, I reconnected with my Cuban contact from my last trip to the country in 2015, Dennis Gonzalez. At a café near Parque Central I showed him the Haverford boys' pen pal letters. (In the picture above, you can see that Dennis found the letters very entertaining and surprising, especially since I had taught my students some Cuban slang last year and they used it quite frequently in their letters). 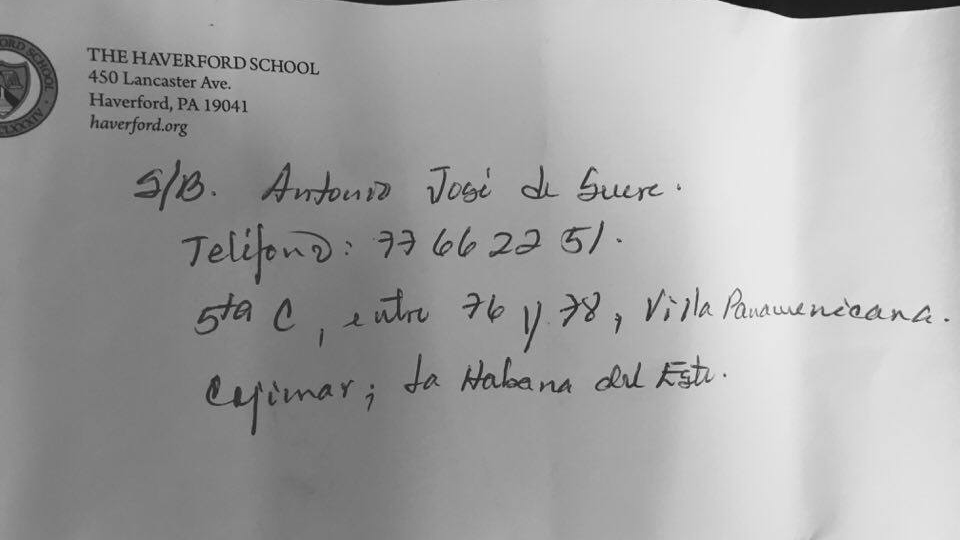 Because of our collective work -- the boys' thoughtful letters, my generous contacts in Cuba, and Haverford's support -- the door has been opened for productive exchanges between our boys and the students at Antonio José de Sucre High School.

After reading a few of the letters from my students, Dennis was not sure the administrators at his mother's school would feel comfortable with the exchange. He said my students asked good questions, were careful, and very respectful, but that the teachers and administrators might be fearful that the Cuban students would respond in ways that could get them into political trouble.

The following day, we made our way to the school, Antonio José de Sucre (named after one of the most esteemed leaders in Latin America's wars for independence from Spain). After a 30-minute ride on a hot and dusty Cuban bus that cost me the equivalent of a penny in Cuban pesos, we arrived at a small high school (also pictured above). The school was well organized and mostly clean, but very simple in structure and apparently in resources.

Once Dennis introduced me to the director, I was delighted to learn that he had no issue with accepting and distributing the Haverford boys' letters to the students at his school and even seemed touched by my efforts to start an exchange. He communicated that their school was just finishing up with final exams and that when the students came in the next day he would make an announcement and distribute the letters. Although the director was not willing to facilitate a formal exchange, I was encouraged by our conversation.

I am also excited by the fact that when Haverford Spanish students make a trip to Havana, Cuba in the spring with the Global Studies program they have another place to visit and another avenue to make a human connection during their stay. Because of our collective work -- the boys' thoughtful letters, my generous contacts in Cuba, and Haverford's support -- the door has been opened for productive exchanges between our boys and the students at Antonio José de Sucre High School.