When I set out last year to create a new project around Black History Month in partnership with The Haverford School, I had a few practical goals in mind, like making sure that it was modernized to include the many amazing contributions African Americans have made far beyond the Civil Rights Movement. I also wanted to revive it with more than the handful of important historical figures we are used to seeing during traditional Black History Month celebrations. I started the project by researching lesser-known figures in black history, with the idea that mixing their images into the photomontage with other, more recognizable historical figures, would help illustrate that countless people were important in creating black history, not just a few. 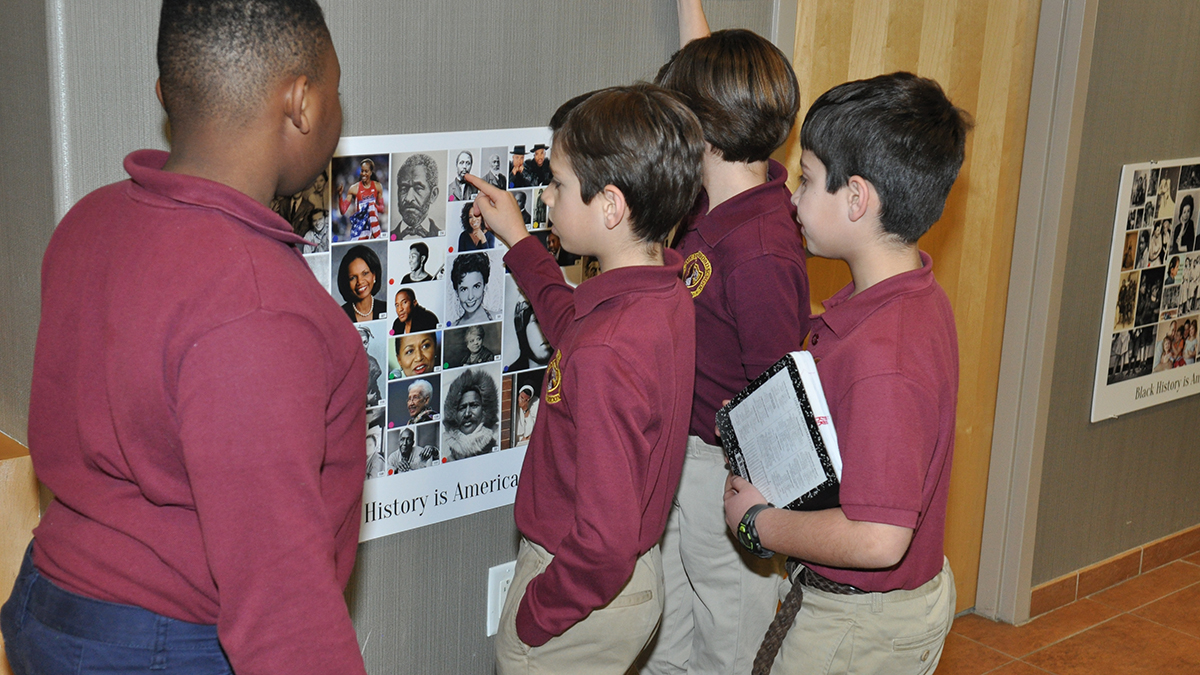 The photo montage comes to life through a scavenger hunt in which Lower School students search for photos of the influential figures that they are studying in the classroom. The primary goal is to encourage students through visuals to understand that black history is American history.

We shine a spotlight on attorney Charles Hamilton Houston, the NAACP Litigation Director and Dean of Howard Law School who was instrumental in dismantling Jim Crow laws. Thurgood Marshall, the first black Supreme Court Justice, was Hamilton's protégé and former student. Another prime example is Thomas Garrett, a white man who was one of many leaders (black, white, and Native American) in the Underground Railroad movement, helping to free more than 1,000 slaves. We included many conductors and stationmasters who were also instrumental in freeing tens of thousands of slaves from plantations over many decades.

The photo montage comes to life through a scavenger hunt in which Lower School students search for photos of the influential figures that they are studying in the classroom. These figures are woven alongside everyday people, past and present. The primary goal is to encourage students through visuals to understand that black history is American history. The second goal is to help students weave their own webs of discovery, taking on a notable figure and then begin to connect the dots with other students' assigned research to learn how greatly African American history contributes to American history. The amazing discoveries, inventions, and movements stretching out over centuries of time have affected all of us in this country in beautiful ways, and will continue to do so well into modern times.