Meet the Director of Global Studies

Andrew Poolman’s passion for travel and appreciation of other cultures started from a young age. He remembers traveling to England to visit his father’s side of the family and many of those journeys spilled into continental Europe. As a malleable 16-year-old, his soccer team experiences in France and Italy and his participation in the March of the Living in Poland and Israel, instilled the values that guide him professionally and personally today. He graduated from Carlisle High School in Pennsylvania in 1999 and matriculated to Haverford College.

As a student on the other side of the Duck Pond, Andrew never imagined a career in education, let alone several years at the boys’ school down the street. His college years began with an interest in economics, but a summer internship at the Philadelphia Stock Exchange helped him to realize that a career in finance wasn’t for him. Study abroad experiences in Málaga, Spain, and Santiago, Chile, solidified his interest in the Spanish language and Hispanic culture. Andrew graduated with a B.A. in Spanish in 2003 and wrote a thesis “Soccer: A space of political expression in Chile.”

A year of working at the Country Day School – Guanacaste in Costa Rica as a boarding school intern and geometry teacher laid the groundwork for his career in education. Prior to being on The Haverford School faculty, Andrew worked at the Trinity-Pawling School in Pawling, N.Y., for three years, where he taught Spanish and coached soccer, squash, and golf. Between the academic years of 2006 to 2009, he spent four summers earning a master’s degree in Spanish from Middlebury College.

When the time came to move along from the boarding school lifestyle, Andrew felt fortunate to land a job at The Haverford School in 2007. In his seven years as a full-time Spanish faculty member, he taught all levels of Upper School Spanish and enjoyed creating and developing a Spanish 5 elective course “Cine del mundo hispano” (Film of the Hispanic World). In 2010, he was honored with the “Preparing Boys for Life Teaching Excellence Award,” and his lesson “Sports and Spanish” was published in the book 125 Years for the Boys: Best Practices from The Haverford School.

In 2012, Andrew was appointed as Haverford’s first Director of Global Studies. After its first few years of growth, the Global Studies program nowadays offers numerous opportunities for Haverford boys to travel domestically and internationally. Around 40% of boys participate in one of our travel programs before they graduate, a vast majority of middle school boys take their first foray into academic travel in Puerto Rico, and all boys encounter global competency development across the curriculum.

Outside of the classroom, Andrew coached varsity squash for seven years and led his team to two Inter-Ac and MASA regional titles, and a 2nd place finish at the National High School Team Championships in 2016. He has also coached alongside coaches Kevin Tryon and Bill Brady as part of the school’s successful soccer program. 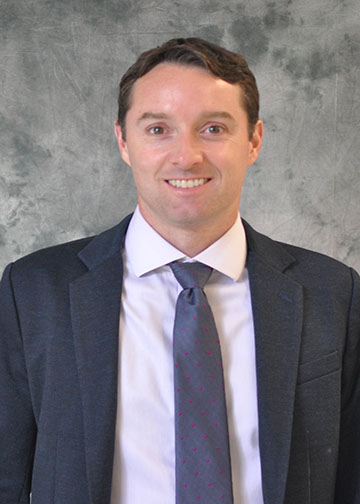