The Haverford School golf team is considerably one of the best in the state. The golf team competes in the Inter-Academic League, this is one of the oldest interscholastic leagues in the country. The other teams in the league are: Episcopal Academy, Germantown Academy, Malvern Prep, Penn Charter, and Springside Chestnut Hill Academy.

Unlike traditional golf, the golfers only play nine holes, and count the top six scores of the team. The varsity team consists of 12 players, eight of which play at each match. The decision process for the varsity team, unlike other sports, does not include tryouts. The coaches look at how the athletes play over the summer, on their own. The Coaches watch them closely over the summer and decide if they have what it takes to be apart of the top twelve, and in the top eight.

Cole Berman '14 played on the Haverford School varsity golf team for five years and was a part of three Inter-Ac Championship Teams. He won the Bert Linton Inter-Ac Tournament twice. Berman went on to play at Georgetown University. He was the assistant coach during the 2018 golf season.

Last week at Huntingdon Valley, Haverford School completed am impressive team sweep of the 2018 tourneys, posting three one-over-par rounds of 36 and coming away with a team score of 183, a total of eight over par combined for the five scorers. The Fords actually had to drop one of their 38-stroke rounds from their team score. Read the story > 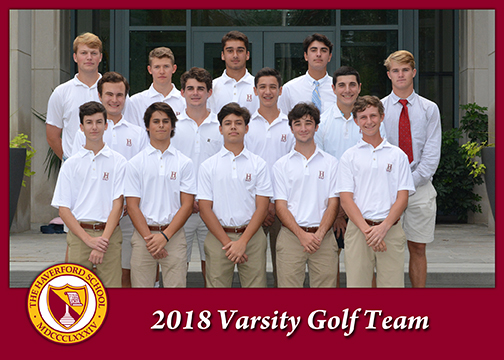 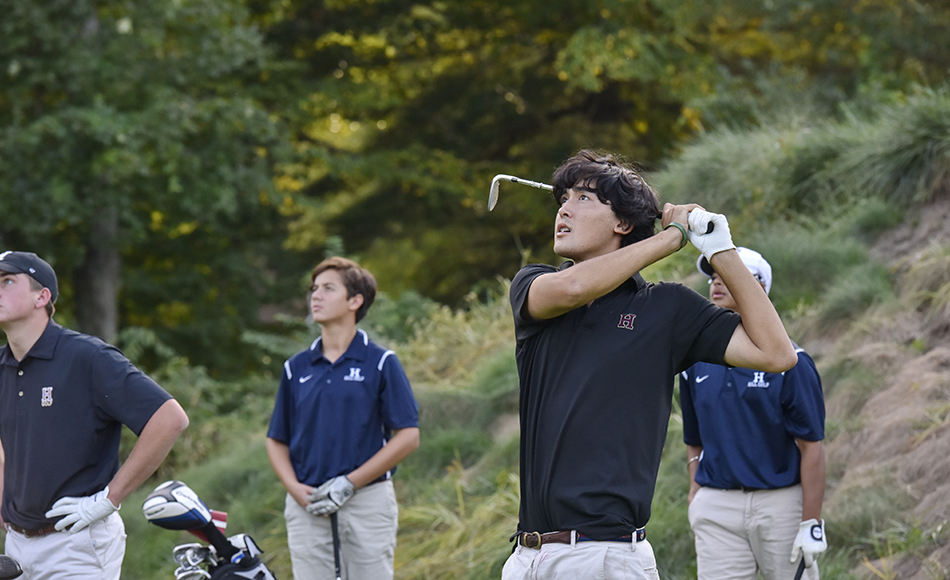