The Haverford School's varsity baseball team captured its most recent Inter-Ac championship in 2010. In 2011, the team won the PAISAA state title for the first time in program history, and also won titles in 2013 and 2016.

We believe that Haverford provides a great opportunity for student-athletes to strive for excellence in athletics and academics. We compete in the traditionally strong Inter-Academic League, which features some of the area’s best teams and players. Our schedule includes many of the local Catholic and public schools while competing in a state tournament at the end of the year.

The team has made several spring training trips to Florida, competing against teams from more than eight different states during our pre-season schedule (30-35 games). 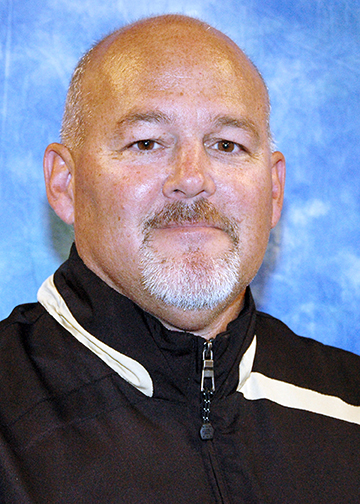 Since taking over the varsity baseball program, Castell's teams have captured Inter-Ac championships in 2000 and 2010. In 2011, the team won the PAISAA state title for the first time in program history, and also won titles in 2013 and 2016, accumulating more than 400 victories during his time as head coach.

Castell graduated from Haverford High School in 1980. During his years at Haverford High, he played and excelled in three sports and was named captain of all three teams in his senior year. Coached by Hal Bauer in football, Castell received the Maxwell Club "Player of the Week" Honors in 1979. In wrestling, he was the 145 lb. Sectional Champion in 1980 under coach Jim Jones. As a three-year starter on the baseball team, Castell received the Bucky Bower Award in 1980.

He continued to play baseball for West Chester University from 1980-1984 (captain and team MVP in 1984). As a four-year starter at third base and short stop, he played for legendary baseball coach Dr. Neil Serpico. West Chester was the PSAC Champion and a Division II regional qualifier in 1983.

Head coach David Miller has done an excellent job of bringing talent to a La Salle baseball program that was in grave need of an overhaul. Now, for the third straight season, he's bringing another nationally recognized recruitment class to a new look Hank DeVincent Field. Read the story, which mentions VI Former Pat Toal and Tommy Toal '17 >

The senior outfielder, a first team All-Inter-Ac selection, was batting .457 (as of May 24) with 32 hits, 22 runs scored and only five strikeouts in 70 at bats. A fine defensive defense outfielder, Kania has played a key role this spring for the Fords (20-10), who advanced to the PAISAA tourney semifinals and defeated Malvern Prep twice during the regular season. "He's a tone-setter for the team with his attitude, hustle and love for the game and his teammates," said Haverford School baseball head coach Bob Castell. Kania, whose cousins James and Michael played golf for Villanova University, will be attending Villanova as well this fall. Read the story > 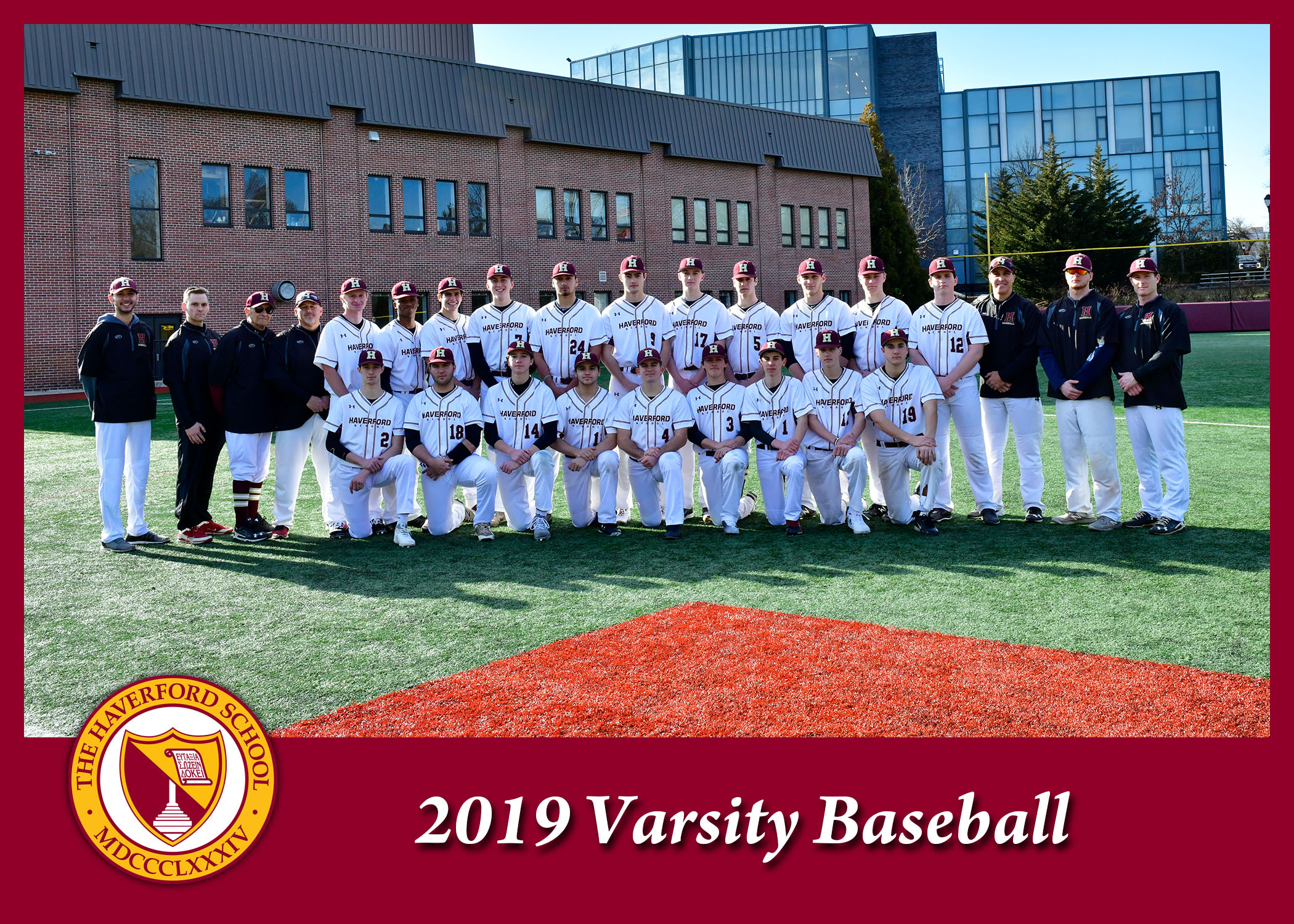 Highlights
The Fords (10-1) completed their non league pre-season schedule with a win against the Red Raiders 14-4 in 5 inn. Jake Stacey hit a Grand Slam in the bottom of the 3rd to help propel Haverford to score 10 runs in the frame. Will Ferris and Ben Fosnocht each knocked in 2 runs a piece to help pace the attack which was aided by 14 BB. Aidan Welsh earned the victory as he went the distance for the Fords throwing 5 innings with 5 K's and 0 earned runs. Haverford will open up Inter-Ac League play on Tues. 4/13 with an away game vs. Germantown Academy.

Highlights
The Fords (9-1) jumped out with 4 runs in the 2nd and 3 runs in the 4th inning to take the victory over the Lions in non league action today. Eric Genther led the charge with 3 hits and 4 RBI's along with Jonny Flieder (2 hits, 2 RBI's) and Ryan Getz's 2 hits. Colby McNeely threw 4 innings with 5 K's and 1 earned run to claim the victory. Chace Knox, Fred Jordan, and Grayson Walker each pitched an inning in relief to close out the game for Haverford School. Brandon Fanelli had a long solo Homerun for O'Hara in the second Inning.

Highlights
The Fords (8-1 ) took the win over Holy Ghost Prep 7-1 in non league action. Ryan Getz had a pair of hits while Eric Genther and Jake Stacey each chipped in with 2 RBI's, and Mike Tallarida had a solo Homerun to give Haverford the early lead. Ryan Reed (7 K's, 0 Earned runs) tossed 4 inn. to earn the win and Jac Campbell, Aidan Welsh, and Grayson Walker all threw an inning of relief to finish the contest.

Highlights
The Fords (7-1) finished their week with a victory over the Panthers 9-6 in non-league play. Will Ferris's 3 run Homerun in the 4th, and Jake Stacey's 3 run double in the 5th provided the power for Haverford. Ben Fosnocht, Jonny Flieder, and Eric Genther all chipped in with 3 hits. Colby McNeely took the win throwing 5 innings with 9 strikeouts allowing only 1 earned run. Grayson Walker came in relief to pitch the final 2 innings for the Fords.

Highlights
The Fords (6-1) downed the Aces 15-1 in 5 inn. in non-league action. Aidan White earned his 1st varsity win which was aided in part by Jake Stacey ( HR, 4 RBI's) and Ryan Getz's 3 run Homerun. Will Ferris and Chris Griggs both had 3 hits for Haverford. Jac Campbell and Chace Knox came on in relief to throw shutout innings to finish the contest.

Highlights
Ryan Reed threw 6 strong innings ( 9 K's,) for the Fords (5-1) who downed the Friars 6-4 in non-league action. Jonny Flieder solo HR started the rally and Mike Tallarida's 3 run Homerun brought Haverford back even after being down 4 runs. Jake Stacey knocked in the go ahead run with a solo HR while Eric Genther and Will Ferris who added 2 hits a piece for the Fords. Grayson Walker came in to pitch the 7th inn to earn the save.

Aidan Welsh put the Fords (4-1 ) on his back for the 1st 4 innings allowing only 1 hit and 1 earned run as they downed Carroll 11-1 in 5 innings. Eric Genther continued to swing a hot bat for Haverford with 3 hits and 4. RBI's while Will Ferris chipped in with 2 hits and 3 RBI's. Jonny Flieder scored 3 runs and Jac Campbell came on to pitch the last inning against the Patriots.

The Fords (3-1) dropped the 10-11 non-league game to the Panthers in 8 innings. Eric Genther had a Big day at the plate with a pair of long Homeruns and 6 RBI's for Haverford. Strath Haven came back from a 5-0 deficit to take the lead while the Fords battled back to take the lead but the Panthers finally claimed the victory wth 3 runs in the 8th.

Game Summary
The Fords (3-0) jumped on the Gators early and earned the 7-4 non-league victory. Mike Tallarida's (2 Hits, 4 Rbi's) 3 run triple in the 4th inning was the big blow for Haverford and Will Ferris chipped in with a pair of singles. Colby McNeely got the start and had 8 K's while Jac Campbell came in to strike out 5 during 3 innings of work. Ian White came on to get the last 4 outs in the game registering 2 K's.

Haverford School graduates have gone on to play at several premier institutions. Collegiate athletes from the past five graduating classes are:

For photos, check out our teams on The Haverford School's SmugMug account >