Our extraordinary educators are also practicing artists. Get to know them and their work.

Mrs. Brown earned her B.F.A. in photographic illustration from Rochester Institute of Technology and her master’s degree from The University of the Arts in Philadelphia. She has continued to study art by participating in workshops at Penland School of Craft and Haystack Mountain School of Crafts. As an artist, Ms. Brown is primarily a photographer and graphic designer. She also enjoys printmaking, letterpress, pen and ink, and knitting.

Ms. Brown has taught visual arts at Ethical Culture Fieldston School in the Bronx, the Westminster Schools in Atlanta, and also the Baldwin School in Bryn Mawr. She has taught art to every grade K-12 and also outdoor education to upper school students before coming to Haverford. At Haverford, she is teaching digital art and design classes in the Upper School. She is also the faculty adviser to The Haligoluk (yearbook). In Ms. Brown’s art class, students are encouraged to become creative problem-solvers and find their own unique voice.

In her free time, you can find Ms. Brown hiking and enjoying the outdoors with her family. Her husband is also an art teacher and they currently have the joy of introducing art to their son.

Mr. Fink was born and raised in Mexico City, Mexico. He received his B.F.A. in 1989 from Pan American University in Edinburg, Texas, where he won the Student Art Show in 1988. Mr. Fink returned to Mexico City in 1990 to set up a studio where he practiced and taught art for five years. He participated in many solo and group exhibits in galleries and museums in Mexico City during this time, including the Museum of Modern Art and the Carrillo Gil Brothers Museum. He returned to the United States in 1995 after being voted into the Clay Studio Resident program in Philadelphia. After five years, two solo shows, and numerous group exhibits, Mr. Fink was awarded the Future Faculty Award from Tyler School of Art to pursue a master's degree in ceramics. After achieving his M.F.A. in 2002, Mr. Fink started teaching art in the Lower School at Haverford. He also coaches varsity tennis and 6th grade soccer at Haverford.

Mr. Fox earned his B.F.A. (painting) from Tyler School of Art, Temple University, where he also studied printmaking, ceramics, sculpture, and glass blowing. He earned his M.A. (studio art/painting) from New York University where he also studied film and video. He was awarded the Leone d’Oro in Venice for his short film “Vedute de Venezia”. Mr. Fox studied in Italy during both his undergraduate and graduate schooling and was awarded Venice’s Leone d’Oro prize for his short film “Vedute di Venezia”.

As an artist, Mr. Fox is primarily a painter, with paintings in public and private collections in the U.S. and Europe. Some of his paintings can be seen at chrisfox.org.

He believes the study of visual art is at the core of the traditional disciplines. He has worked to create a curriculum focused on developing human perception, fostering fluency in the visual language of signs and symbols, and gaining proficiency with the creative process. Mr. Fox combines his experience of working with the creative process as an artist and teacher with recent research in the fields of neuroscience and cognitive psychology to develop more effective teaching and learning practices across all disciplines.

Mr. Fox is married to Joan (a former Haverford School art teacher) and has two daughters, Lucia and Adriana. He lives in Philadelphia with an entirely useless cat named Roscoe. 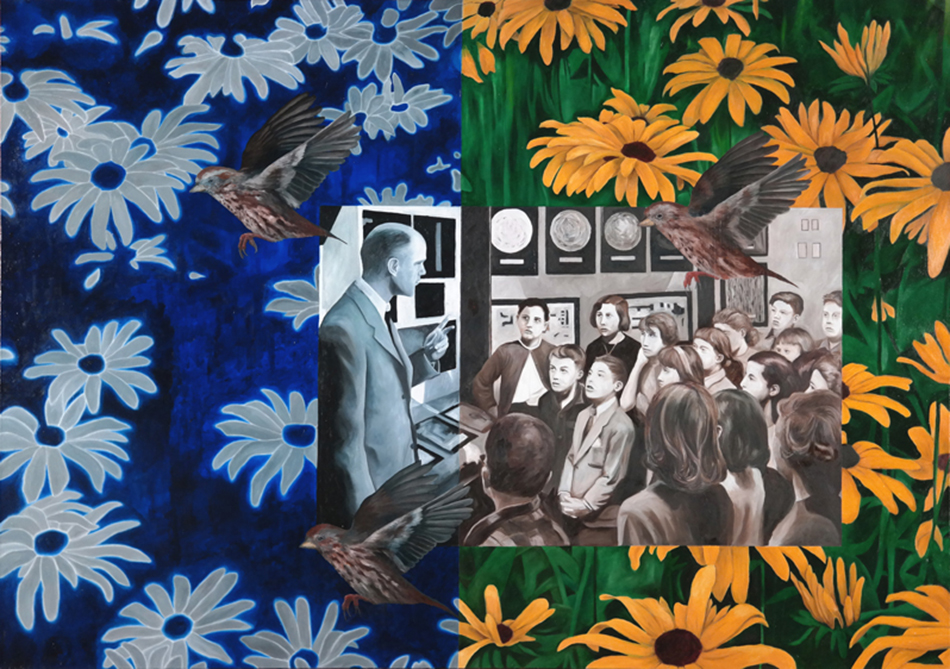 Ms. Kantor is a visual artist whose artwork explores culture, personal identity, and mythology. She creates whimsical installations that include ceramic sculpture, furniture, papier-mâché, painting, and textiles. Ms. Kantor received her MFA in Ceramics from University of Colorado Boulder (2015) and a BFA in Ceramics/BS in Art Education from Penn State University (2009). She’s exhibited her artwork both nationally and internationally and has completed prestigious residencies at Belger Crane Yard Studios (MO), RedLine Contemporary Arts Center (CO), Bunker Projects (PA), and Watershed (ME). Her artwork can be viewed on her website at https://www.stephaniekantor.com.

Before teaching at The Haverford School, Ms. Kantor taught college-level art classes at Maryland Institute of Art, Tyler School of Art, The Rocky Mountain College of Art + Design, and Colorado State University. Ms. Kantor believes that the creative process is critical for observing and interacting in the world. Through making art, one learns how to think critically, problem solve, experiment, communicate, and engage in a larger community.

Here at Haverford, Ms. Kantor teaches Three-Dimensional Design and Woodworking Arts classes in the Upper School. Ms. Kantor is also an assistant coach for the varsity tennis team. She lives in Philadelphia with her husband Charlie, rescue dog Ivan, and cat Zucchini.

Ms. Lee joined Haverford in 2020 as a teaching artist for Middle School art classes. She is also an interdisciplinary visual artist based in Philadelphia. She was born and raised in Seoul, South Korea. She earned her MFA from the University of Pennsylvania and her BFA with a concentration in Painting and Printmaking at the School of Art Institute of Chicago.

In her artwork, she explores and utilizes cultural symbols through repetition in a practice that mediates on cultural translation, immigration, otherness, and femininity in focusing more specifically on the issue of self-identification. As a teacher, Ms. Lee is interested in how the ways children speak, listen, see, and draw reveal their developing identities. She investigates how their relationships, as well as socio-political and cultural pressures, become influencing points in the development of those identities. Ms. Lee hopes that the relationships she builds through her work with Haverford boys can have a powerful positive impact on their self-development.

Her artwork has been featured in exhibitions in Virginia, Chicago, Philadelphia, Baltimore, Los Angeles, and Seoul, South Korea. She has been a resident artist at the Vermont Studio Center and the Pennsylvania Academy of the Fine Arts. She is a curator and co-director of the artist-run exhibition space, FJORD gallery. Some of her artwork can be viewed on her website at www.doahlee.com.

Mr. Pankratz has been with Haverford since 2008. He has taught drawing and painting, graphic design, video production, woodworking, ceramics, and 3D design in the Middle School. Growing up in Northeast Pennsylvania, as a secondary student all the way through university, Mr. Pankratz worked for a carpentry company that, along with his formal education as an artist, fostered a love of making and real-world problem solving.

Mr. Pankratz was interviewed during an exhibition of his paintings at the Bridgette Mayer Gallery in Philadelphia, and he had this to say about how making relates to teaching:

“My studio work feeds what I do at Haverford and vice versa. The way in which we have shaped the art studio curriculum informs the way I approach my own practice in the studio. Creativity is a process that can be refined overtime with an intelligent approach; I've developed an approach that very much models what we teach here at Haverford. The creative process model starts with a problem or challenge, leads us through experimentation and exploration, then refinement, toward prototyping and organizing, and finally to a potential solution. I tend to photograph a lot of my own work and do my planning, prototyping, and risk-taking digitally before getting into the studio.

Here at Haverford, the students are smart. They want to see lessons in action. When I can illustrate how I used the creative process to achieve an end result of my own, it paves the way for their studio practice as young artists. Most of the faculty at Haverford do something; they're not just academics, they're writers, they're scientists. It's really fun to work alongside professionals who are living and seeing out some of these processes that they're teaching in their classes.” 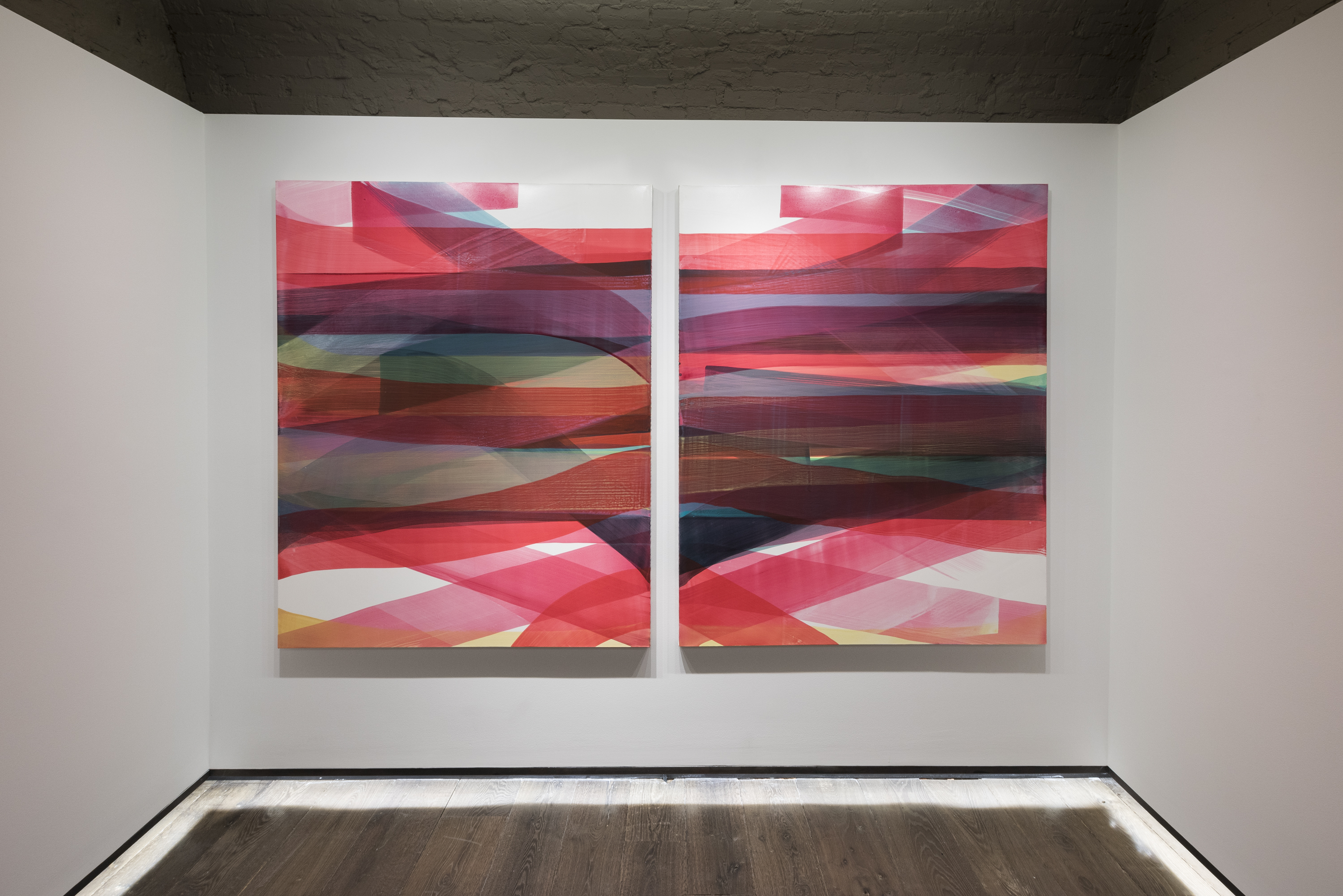 Mr. Raeder learned the discipline of studio ceramics while double majoring at Alfred University graduating in 2008 with degrees in art and philosophy. Following a year as a post-baccalaureate student at Penn State, he traveled to the Netherlands as a Fulbright Scholar to research the trajectories of contemporary European design. After two years studying at the Gerrit Rietveld Academie in Amsterdam, he began a series of international residencies and exhibitions in Denmark, China, Korea, and Russia. In 2013, Mr. Raeder returned to the U.S. to attend the School of the Art Institute of Chicago, where he earned an M.F.A.

He has taught nationally and internationally at the university level and is excited to now work with the young artists in ceramics and sculpture classes at The Haverford School. He maintains his active studio practice as a resident artist at the Clay Studio in Philadelphia.

Mr. Raeder teaches Ceramics classes in the Upper School and is the faculty sponsor for the Soft Robotics team.

Ms. Sides received her B.F.A in Furniture Design from the Savannah College of Art and Design. Her furniture designs have been shown at the Javits Center in New York and various galleries in Savannah. For several years, Ms. Sides worked as a professional woodworker building displays for Anthropologie stores.

In 2019 she joined the Art Department at Haverford and is teaching Woodworking Arts classes in the Upper School. She is pleased to carry on the long tradition of Woodworking classes at Haverford helping boys build objects that are treasured for years to come. Ms. Sides believes the creative problem solving challenges she builds into each class project help students develop design skills valuable well outside the woodworking studio.

Ms. Sides is the parent of two Haverford boys, Max and Leo.

Mr. Thorburn has been a woodworker for most of his life making a variety of furniture objects as well as doing construction carpentry. Early in his teaching career, Mr. Thorburn spent his summers working for various home builders and construction companies. He has built homes from the foundation up to installing kitchens and casings. He has worked on small single family homes, barns, and large commercial buildings alike. Mr. Thorburn has used the skills he acquired during those summers to pique his interest in mastering the craft of woodworking. He has followed and learned from a number of very skilled woodworkers and has applied their techniques to the various pieces of furniture he has created over the years.

Mr. Thorburn graduated from Bates College with a B.S. in Geology and from the University of Maine with a Masters Degree in Education.

Mr. Thorburn has been teaching Woodworking Arts at Haverford since 2016 and is currently co-teaching the Advanced Woodworking Arts class with Ms. Sides. Mr. Thorburn’s skillset includes both traditional woodworking methods and more contemporary tools and techniques such as working with our new CNC router. After many years teaching math at Haverford and other schools, Mr. Thorburn left the classroom to become the Assistant Head of Haverford but was drawn back when the opportunity to teach Woodworking arose. When not fulfilling his obligations as Assistant Head of School, he can be found in the Woodworking studio in his apron and safety goggles passing on his knowledge and passion for the creative practice of making wooden furniture and objects to the next generation of Haverford craftsmen.

Mrs. Waring graduated from Rhode Island School of Design in 1985 with a B.F.A. in illustration. She worked for a number of years as a freelance illustrator and showed her own art at various venues. Currently, Mrs. Waring is an active artist who is writing and illustrating a children's book and showing regularly at the Bridgette Mayer Gallery in Philadelphia. She has been teaching art at Haverford since 1996.