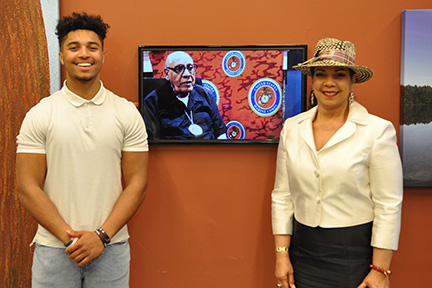 Shane Fordham got the idea of making a documentary film about his grandfather, Carroll W. Braxton, for an art class assignment because he grew up hearing stories about his days in the Marine Corps, where Braxton was one of the first African Americans to desegregate that branch of the armed forces. Read the story >

The documentary was selected to be a permanent fixture at the National Marine Corps Museum in Quantico, Va., and was also chosen from more than 2,000 entries to be shown at the 2019 All American High School Film Festival in October 2019.